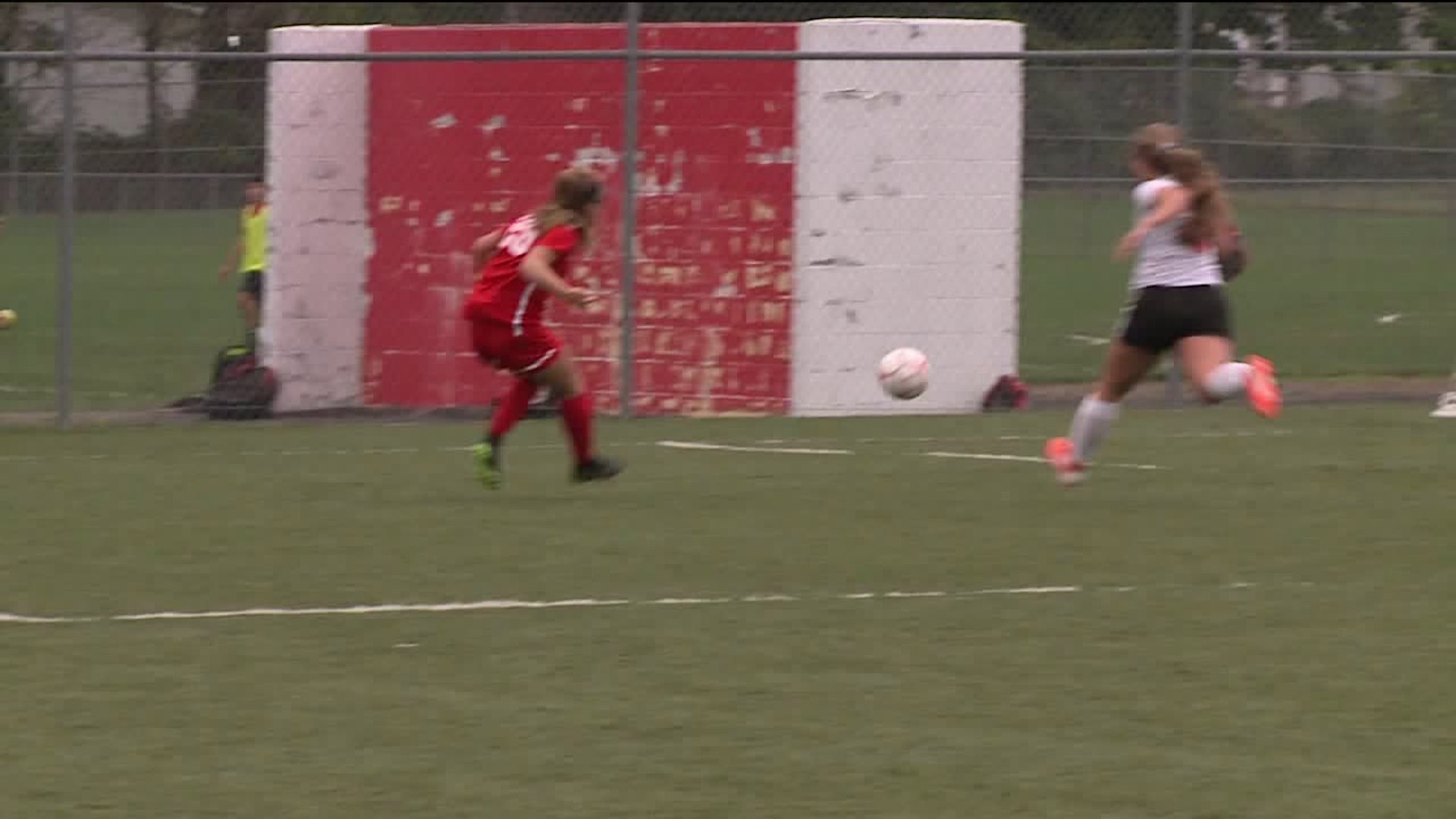 It's 56 career goals and counting for forward Katie Penman.

The Williamsport junior soccer player broke the Millionaires school record of 52 last week in a win over Holy Redeemer.

Coach Scott McNeil says if her teammates give her a good look she usually finishes with a goal.

Katie doubles as a two sport athlete utilizing her speed. She ran a 12.4 second time at the District IV Track and Field championships in May in the 100 meter dash and also won the 400.

"I definitely got my speed from my mom. She was also a track runner in high school and stuff, but I just have been a forward for most of my life so I've worked on the sprints the short sprints and trying to chase and win every run that I have,"again said Katie.

Katie totaled 36 goals her first two seasons of varsity soccer. She is already at 20 goals this year with more games to play. The 100 goal mark isn't out of the question.

"It would and a couple of the teachers already started picking on her about that and her response was don't put that kind of pressure on me so soon. So just let it flow. Other people have let their high scorers run up their scores. As soon as she gets three or four goals and we are three or four goals up we pull her," again said Scott.

"It's definitely something that I would love to accomplish and it would be great yeah," added Katie.