The rumble of stock cars in April is not an indigeonous sound to the Poconos.  Drivers from NASCAR’s Sprint Cup and Camping World Truck Series’ took... 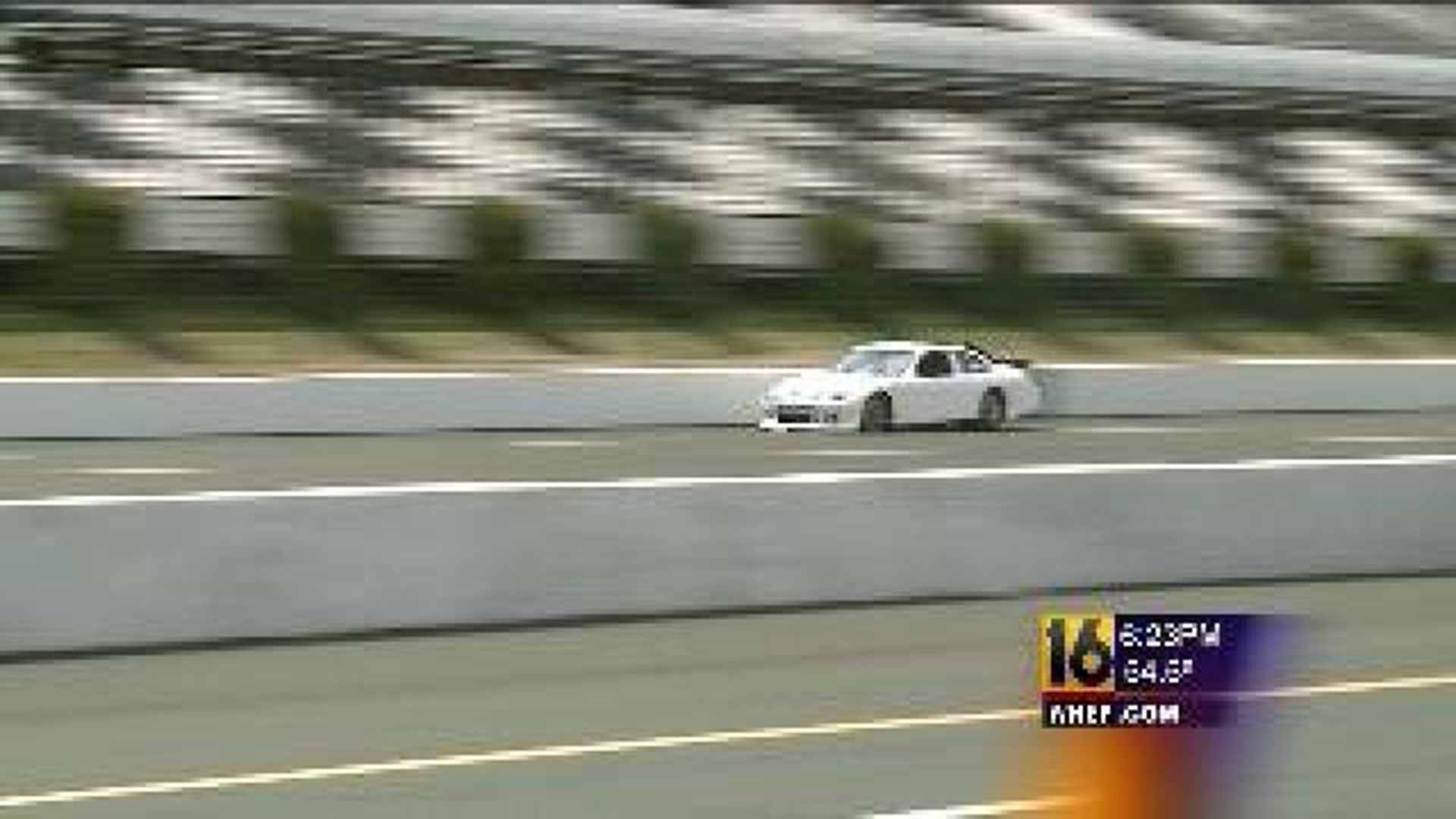 The rumble of stock cars in April is not an indigeonous sound to the Poconos.  Drivers from NASCAR's Sprint Cup and Camping World Truck Series' took to the track, mainly to test out new tires from goodyear.  But the buzz was more about the new track surface laid down in the offseason.

"It still has the same characteristics, it's still Pocono, but at the same time it's definitely a lot smoother so the setup in your car is quite a bit different to make speed.  I kept telling myself as this place started rubbering up here earlier, get your foot off the brake, get your foot off the brake and keep rolling more and more speed, roll more speed, so it's nuts to see how differently you drive it than what you used to," said Joey Logano.

Kasey Kahne said, "It's smoother, still has the same transitions, the same rolling hills in spots that Pocono has always had, it's always been known for, so to me, it's really good."

2012 has brought changes here to Pocono Raceway.  Obviously, a new track surface and concrete pit boxes, but will that change the way that the drivers feel about Pocono raceway?

Jamie McMurray said,"I mean for me, I'm looking forward to coming back for the race.  I hated this place.  This was my least favorite track to come to.  I don't know, I never really cared for Pocono.  After the few laps today with the speed and the grip that is has, from my perspective, other than maybe Denny Hamlin who ran really well here every time, I think most guys will like this a lot more. "

The track record for fastest qualifying lap stands at 52. 18 seconds, held by Kasey Kahne.  By the time the boys roll back into town in June, it's more than likely we'll have a *new* track record on the *new* asphalt!!

Logano went on to say, "We shattered it already! So when we get in qualifying trim it's gonna be stupid! Obviously, it's really cold out right now and it won't be that cold when we come back here, but man the speeds are gonna be, as this place rubbers in, it just keeps getting quicker.  Even today, it's still picking up speed. "

And the countdown to new excitement at Pocono begins!