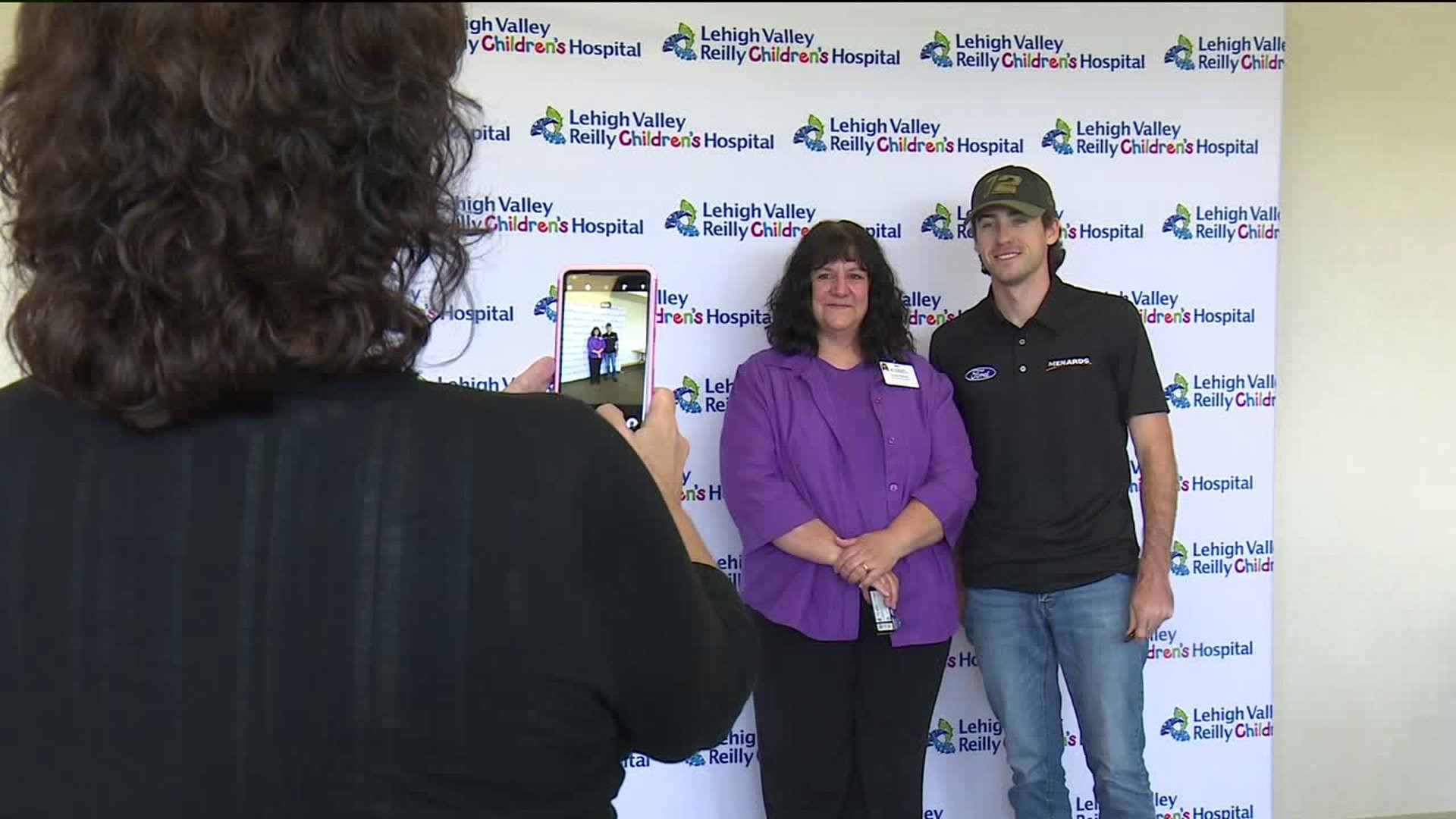 NASCAR Driver Ryan Blaney, as part of the Ryan Blaney Family Foundation, visited some hospitals in the Lehigh Valley.  Blaney's first win came at Pocono Raceway two years ago, so Ryan's Hope is to give back to the area.

Ryan Blaney is a NASCAR driver making a name for himself. Today at the Lehigh Valley Hospital, Blaney connected faces with the names of those like the Fleming's who lost a loved one to Alzheimer's.

"The little bits that we can do to help out, whether it's awareness or raising funds for research that's the main deal of our foundation. It's just something personal for me because my grandfather was sick. And it's something that we kind of had an opportunity to be fortunate to be where we are at especially when you start helping out," said Blaney.

Ryan's foundation to create awareness of Alzheimer's disease is just getting off the ground. The tour of the facilities here at Lehigh Valley Hospital gave him a better understanding of how different treatments can make a difference.

"It's unbelievable how many people I've met or come up to me saying, hey I love what you are doing with the foundation. My mother, father, grandmother, grandfather, had Alzheimer's and it's shocking to me how many people met through that," Blaney continued.

It's very personal with us and the Lehigh Valley Health Network and Ryan with his foundation the focus is on dementia and Alzheimer's care and it seems like a natural fit," says Pocono Raceway President, Nick Igdalsky.

Ryan's second stop was at the Lehigh Valley Children's Hospital. His career is just getting started, but Blaney is far from the finish line, helping the children and those afflicted by Alzheimer's.

"It's just the beginning but we can keep growing it that's the main goal and the extent that you can do it, it's limitless."