Montoursville’s Mike Mussina pitched in the big league’s for 18 seasons..10 with the Orioles and the last 8 with the Yankees combining to win 270 ga... 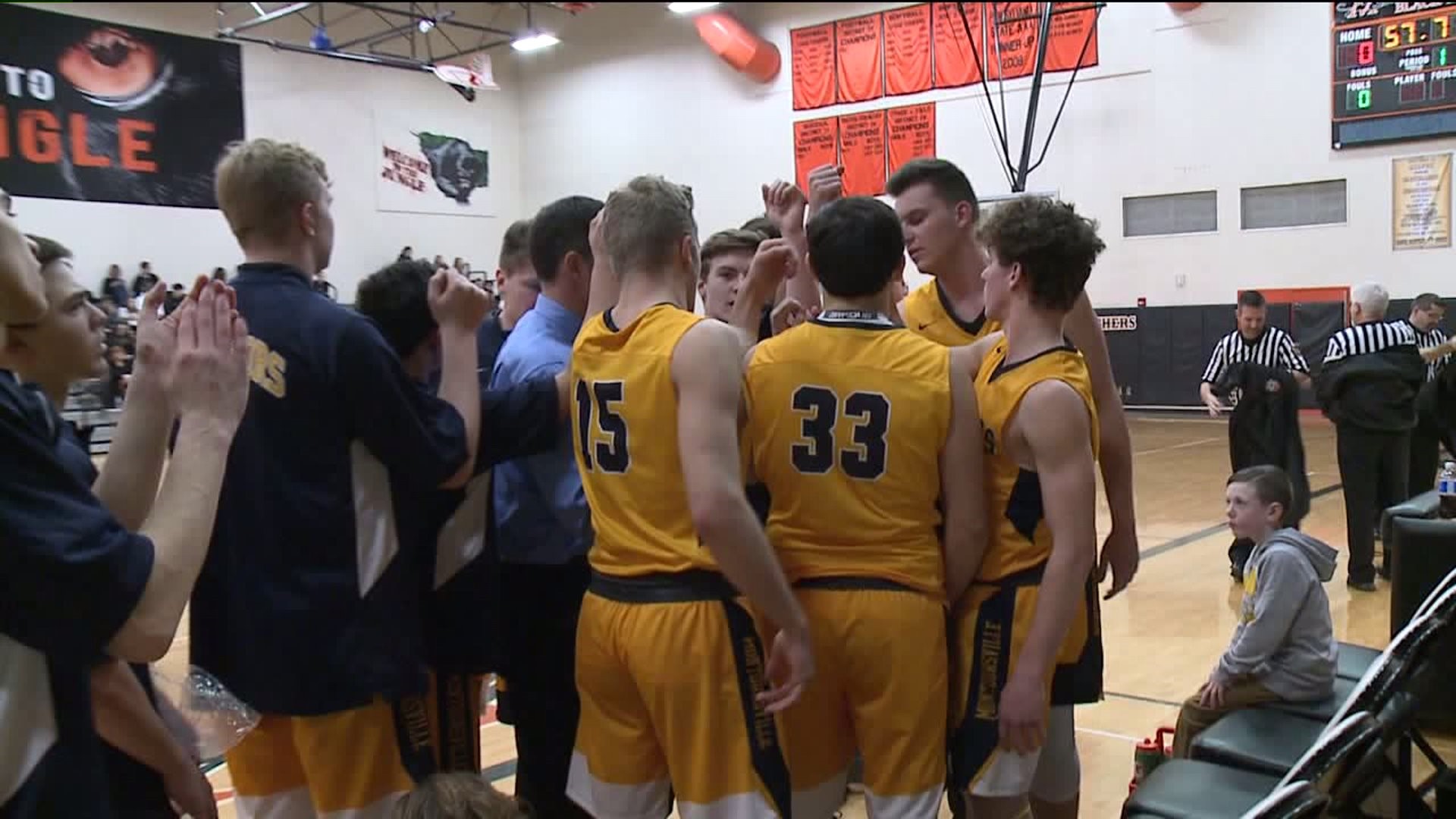 Montoursville's Mike Mussina pitched in the big league's for 18 seasons..10 with the Orioles and the last 8 with the Yankees combining to win 270 games with a 20 win season in 2008. He's continued to be part of the Montoursville program as an assistant coach for the baseball team and the head boy's basketball coach the past 6 years. Next Tuesday the next MLB Hall of Fame class is announced and Mike has a shot to get in. Steve Lloyd recently caught up with the Warriors coach in Milton.

Mike Mussina loves to teach the fundamentals of basketball to his team. That's how he learned growing up in Montoursville from his coaches. It paid off after graduating from high school then winning the College World Series with Stanford at the age of 19. Mike then went on to have a long and successful major league pitching career with the Baltimore Orioles and the New York Yankees, became a five-time All-Star, won seven gold gloves, and then retired after the 2008 season finishing with 2,813 strikeouts (20th) all time in Major League history.

"We've always lived in Montoursville. I've been there my whole life. When I got into coaching I really didn't think about coaching anywhere else and my kids are coming through now, so it's great experience. I enjoy it. it's at least something i know.

Mike has been on the Hall of Fame ballot the last 5 years, but won't talk about it until he gets in. The next announcement for the Hall of Fame class will come January 22nd. The most votes Mike received has been 65% that was last year, but you need 75% to get in.

"I got the 2 World Series. I got to play with dozens of Hall of Famer's over the years. There's a lot of stories and a lot of experiences-a lot of great seasons and some tough seasons," again said Mike.

Mussina managed to pitch into his late 30's under the guidance of Yankees manager Joe Torre-picking up pointers from players and coaches-extending his career and putting up hall of fame numbers in the process.

"I've had a lot of coaches from college through professional baseball, but you take a piece of them and try to mold together what they show you-what they try to tell you about what they talk to you about and make it part of what you do," again said Mike.

This is the 6th time Mike's name has appeared on the Hall of Fame ballot. Steve Lloyd reporting for Newswatch 16 sports from Northumberland county.