Montross From Tunkhannock Converting His Kicks At Some Major Colleges 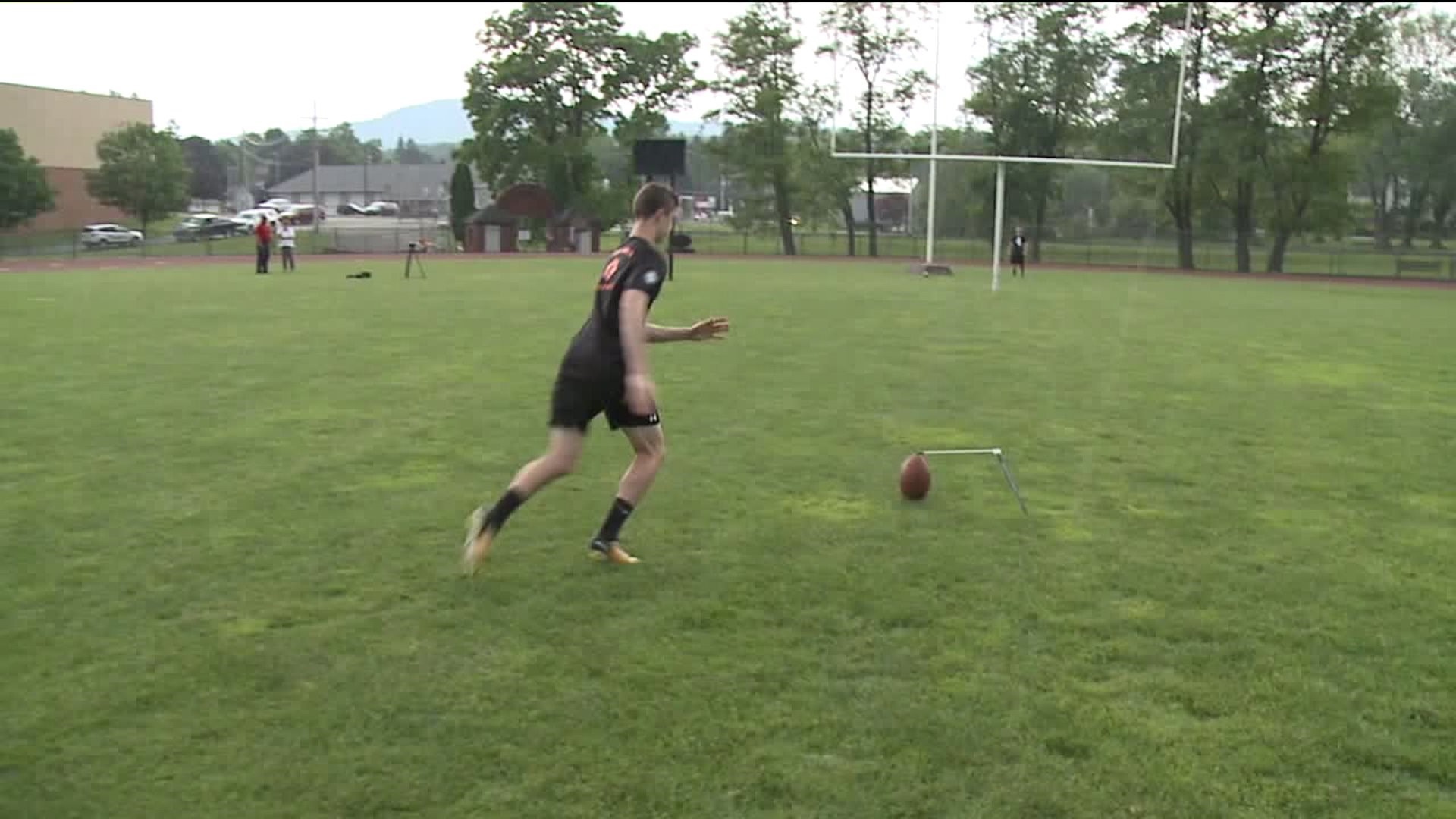 "When did the dream of realizing you could kick in college come about? I think last year when I actually started kicking and I realized hey I'm not too bad at this," said Jackson.

With a few pointers in the off-season from kicking coach John Zima and more practice Montross had a monster of a month in may first at the Shippensburg kicking camp taking top honors and more recently bringing home the kickoff award at Penn State's specialist camp.

"It's an experience that I won't forget. To be able to shake James Franklin's hand was incredible and I am just going to take what I learned there and apply it every single day," again said Jackson.

"His first year of football was last year as a junior. He came out as a soccer player and part-time football player, and ended up having a really good leg. He opened up some eyes last year and took the initiative and reached out to some coaches and got some personal training. So me being a second year coach it's exciting to have a big leg and a kid that has some big colleges looking at him," said Mike.

Jackson's longest field goal so far playing football for Tunkhannock last year was 43 yards but just last month he hit one from 50 yards at the Shippensburg football camp impressing coaches from across the state.

"Shippensburg was incredible. I had an amazing experience the whole time. Kicking was just a dream really to be at a college and showcase my skills," added Jackson.

"What was this last event like kicking out at Penn State for him? It was a big deal Jackson was out there with roughly 100 kickers from all over the country. He won the kick-off challenge and he was in the top 8 for field goals which is a big deal that is a big high talent camp," again said Mike.

Jackson's journey is just beginning. He plans on attending more kicking camps this summer, and to one day kick in the NFL like Jake Elliott of the Philadelphia Eagles.

"My options are open and I am just going to keep attending camps and showcase my skills," again said Jackson.