Back home at Wyoming Area Marc Minichello is getting congratulated. While in Miramar, Florida June 20th competing for the Under 20 USA Track and Field team at t... 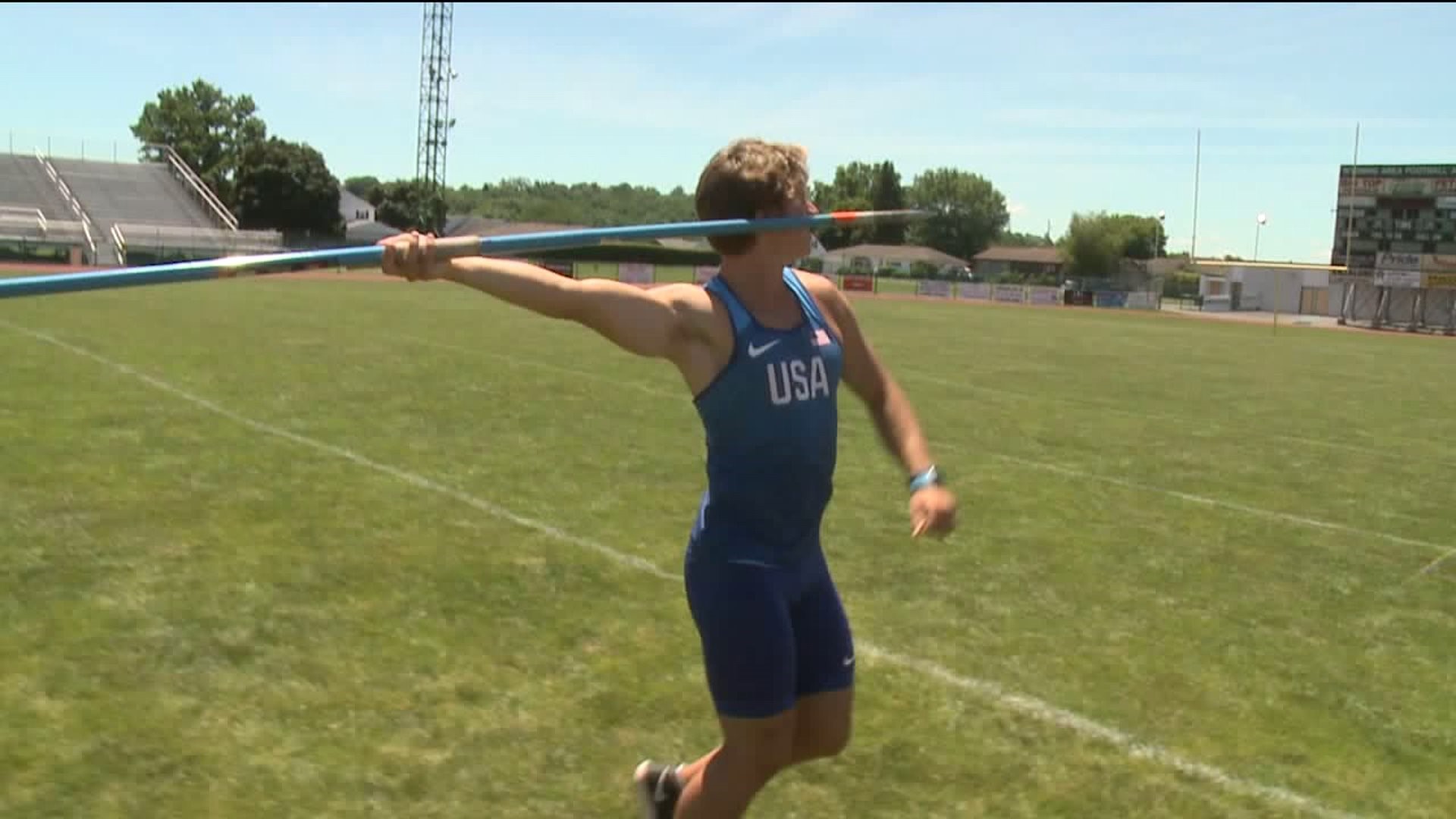 Back home at Wyoming Area Marc Minichello is getting congratulated.

While in Miramar, Florida June 20th competing for the Under 20 USA Track and Field team at the Outdoor Championships-Minichello the current Ivy League champion from the University of Pennsylvania hit a mark of 253-1 for the National title and a spot in the Pan American games in Costa Rica.

"So I just went down to that meet just looking to have fun, and end my year on a high note, and to be able to hit a personal best. I couldn't be happier and to be finally able to say that I'm on team USA is something that I've been dreaming about for the last couple years so I am truly humbled to do that," said Marc.

Marc's throw is second overall for any American under the age of 20, and it's the 4th longest throw this season in the United States.

"I feel a sense of pride when I am able to travel to places as far as Texas or Florida. just to wear Penn across my chest being a local is really special for me," added Marc.

When Marc heads down to Costa Rica later this month to compete in the Pan American games he will be joined by 100 other different athletes from the US team.

"To travel internationally I can't even imagine what the feelings will be like, but I am so excited and so proud of being able to support my country. It's a real great feeling," added Marc.

Minichello won the PIAA "AAA" state title in 2018 with a throw of 198 feet, and took 17th place this season at the NCAA's. He credits his improvement to coaching and training.