The Millville boys basketball team is still in the gym. The Quakers have been quelling the questions all year long. “We’ve been together since day o... 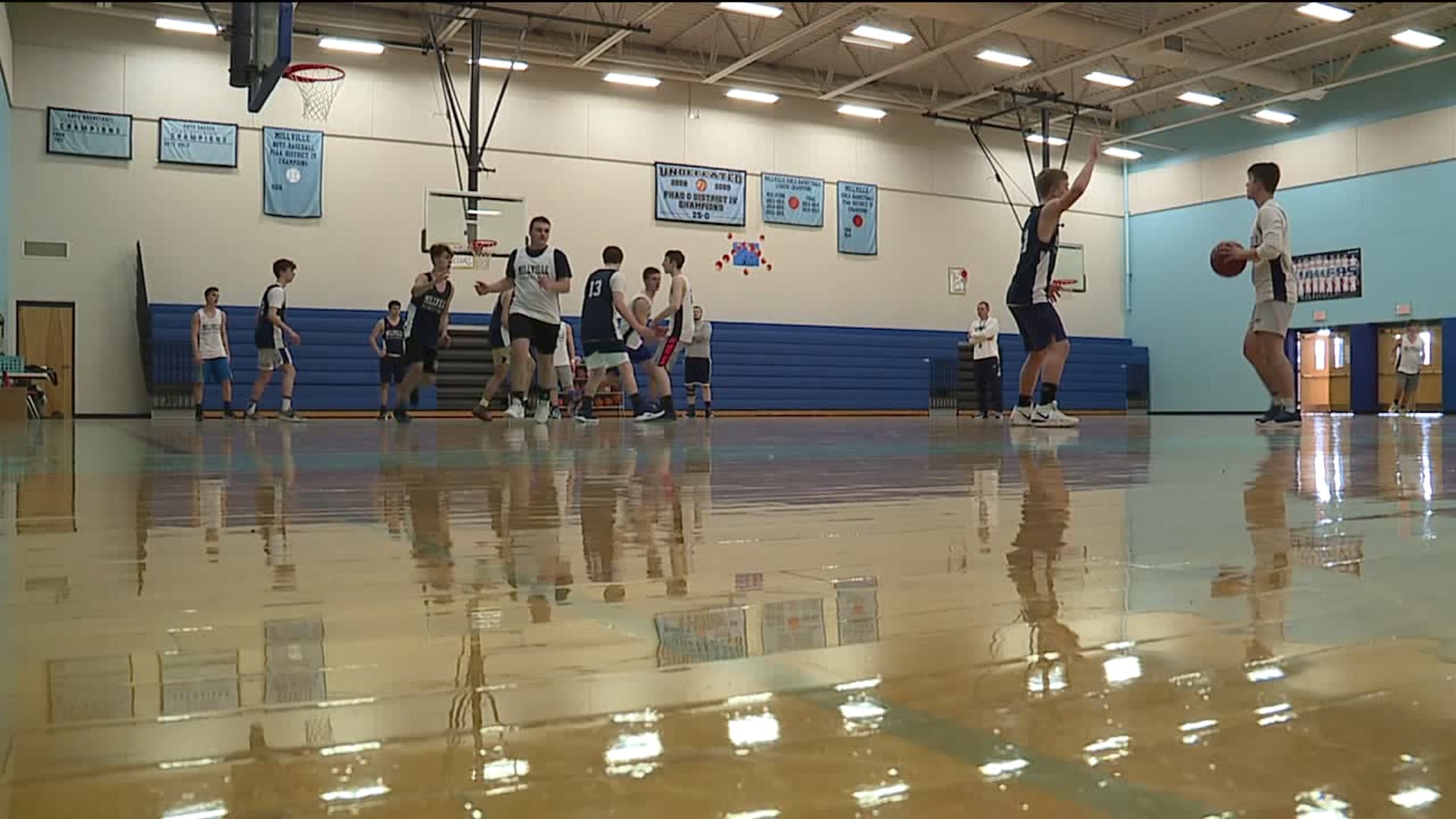 The Millville boys basketball team is still in the gym. The Quakers have been quelling the questions all year long.

"We've been together since day one," junior guard Will Holdren said. "Starting back in elementary school when we had all these tournaments together, it's finally our time to come up and raise to the occasion and start winning some games."

Winning is what they do best. The Quakers are 24-1 and they just won the District IV Class "AA" title. This team has some serious talent. Incredible for a small, isolated school like Millville.

"The odds are not very good for sure, but for us, just being together all the time and always working as a team, it's really great," senior forward Tyler Johnson said.

"It's really shocking," Millville Boys Basketball Coach Rick Reichner added. "As a small school, we normally don't get that much talent together, but we have a couple classes that have a great group of kids that have worked very, very hard for a long, long time and to see it come together for them, it's nice to see."

There's a winning culture here at Millville because they've won recently in other sports. Seven of these Quakers played for the boys soccer team that won the state title this past fall.

"It's a huge driving force to get back to that stage," said Johnson, who played for the state champion soccer team. "That brings a town together."

"I think success breeds success," Reichner said of his players that played for the soccer team. "For them to have that kind of success in the soccer season, I think they came into basketball obviously wanting to duplicate that."

"Being able to play in those games, the high-intensity, high-pressure and just being able to stay calm and keep focused is a huge part," Johnson said.

So are more giant chocolate bars in store?

"We're very confident," Holdren said. "We're getting ready and I think we can take on anyone that comes at us. There's a lot of good teams out there, but I think we can handle our own."

First up? Northwest. The Quakers and Rangers tip off Saturday at 5:30 in Williamsport.