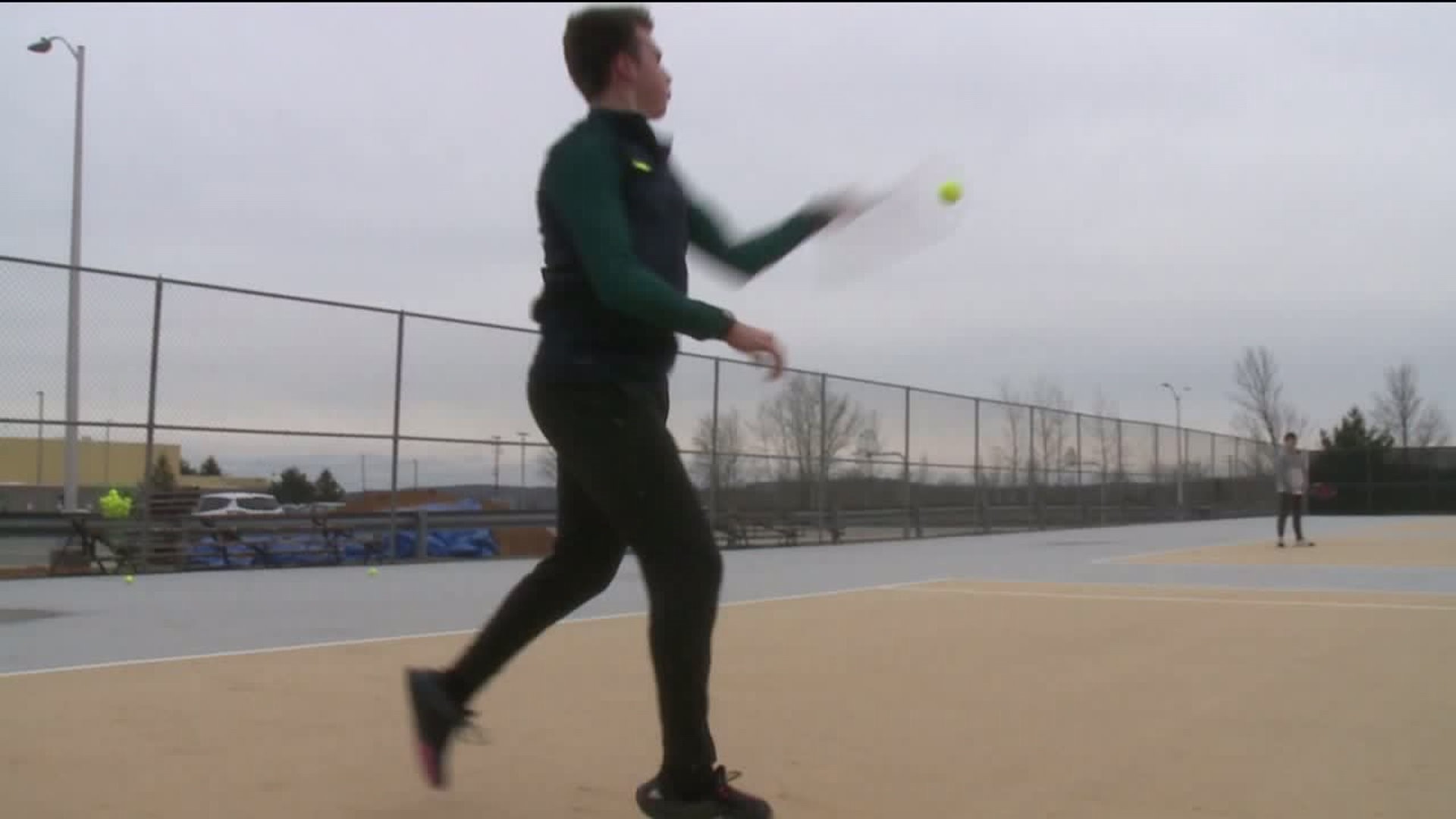 "Did you play a lot of tennis when you we're a kid? I did. Not too early. I started when I was 14 or 15, but I picked it up and played in college along with football and now I just love being able to play with him," said Lenny Maiocco-Head Tennis Coach at Western Wayne.

"It felt really great supporting my team, and getting the win for the school being the first District II champion for Western Wayne felt really good, and for myself it really boosted my confidence getting that first district title," said Lenny Maiocco III.

We'll a lot has changed since Lenny won that district title last year. He's grown an inch and now he's 6-1 and the speed of his serve has increased by 10 mph going from 110 to 120 miles per hour.

"I definitely improved a lot from last year. I just keep working on my mental capacity and my strength and my serve and on my forehand and all around," said Lenny III again.

"He's going to feel a lot more pressure knowing that he is the defending champ. I think that a lot of kids are out to try to play the best tennis against him. You know so he has to pick up his game and he has, but yeah he has a target on his back. So he has to be even better this year," again said Lenny.

At states Maiocco won in the first round but lost 6-2, 6-1 in the quarterfinals.

"Mentally I am definitely better at staying in every point. Looking at each point one point at a time, and not looking ahead or dwelling on the past. And I've also worked on my approach shots and definitely my serve getting a lot bigger," said Lenny III.