Logan Paczewski has reason to smile. After all, the sophomore from Dallas won the District II Class AAA title last week in some tough conditions. “Played ... 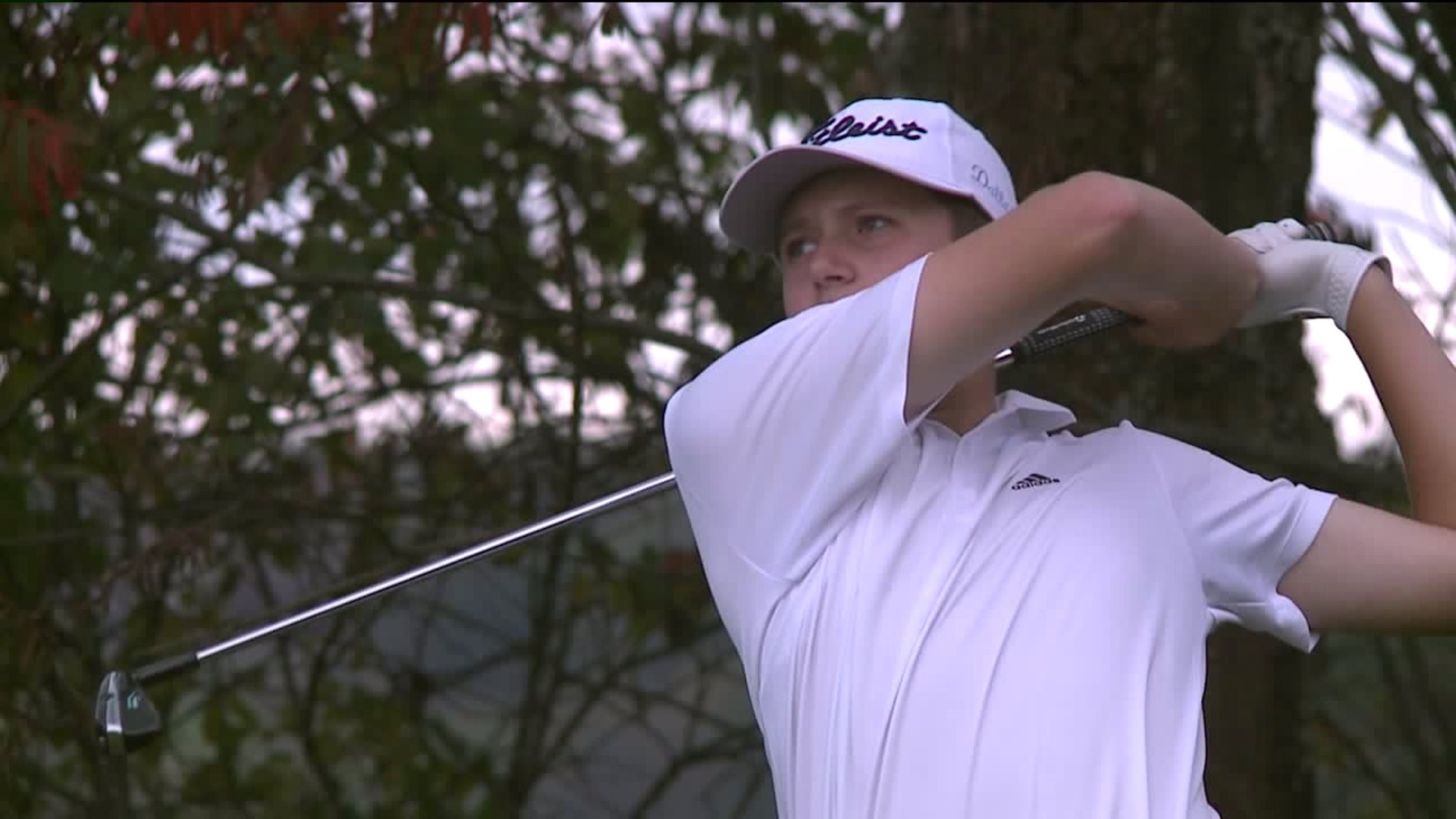 Logan Paczewski has reason to smile. After all, the sophomore from Dallas won the District II Class AAA title last week in some tough conditions.

"Played really well and I knew it was going to rain," Paczewski said. "Some of the high school golfers are probably like 'ooh, it's raining. I don't want to play,' but when it comes to me, I got to play a lot of tournaments in the summer in the rain and I just got better and just kept getting better at playing in the rain."

"I get really excited when he goes low," Paczewski's coach, Jane Kilduff said. "It's a lot of fun to watch. It really provides a lot of excitement in the game."

So what makes Paczewski's game so unique?

"I'm turning into a really good ball striker," he said. "I hit mostly every green. When my putter and my clubs execute together, I play really well."

Well enough to be one of the favorites at next week's regional tournament in Fleetwood, where he'll try to keep this momentum going.

"I just want to stay confident, keep my game," Paczewski explained. "The only thing I need to do is keep the ball in play and I think I'm going to come out with a good finish."

A good finish at regionals and Paczewski would qualify for the state championships. He was there as a freshman last year. He finished tied for 19th, the top local in class AAA, and he remembers all of it like it was yesterday.

"The weather, it was almost snowing. It was probably 35 degrees, sleeting in the morning," Paczewski recalled. "I lost a couple shots toward the end of the round, but other than that, it was OK. I shot 78 the second day. I highlighted my day with an eagle on the second hole. I holed out from like 70 yards. So that was pretty good."

"It really does help just to know when he's facing other shots as he moves forward, he can reflect back on other shots that were similar," Kilduff added. "So he's very well-prepared."

A good memory and talent that breeds confidence.

"I know I have a lot of potential, one of the contenders up there for the regional tournament," Paczewski said. "I think I can do really well, better than I did last year at states, maybe come out with a top five or a win."

The last time a player from the Wyoming Valley Conference won a state title? Brandon Matthews of Pittston Area in 2010. Nearly a decade later, maybe Paczewski will be the next.