Leo O’Boyle is back after suffering a stress fracture injury to his foot, and healthy for the first time all-season and contributing in big ways for the C... 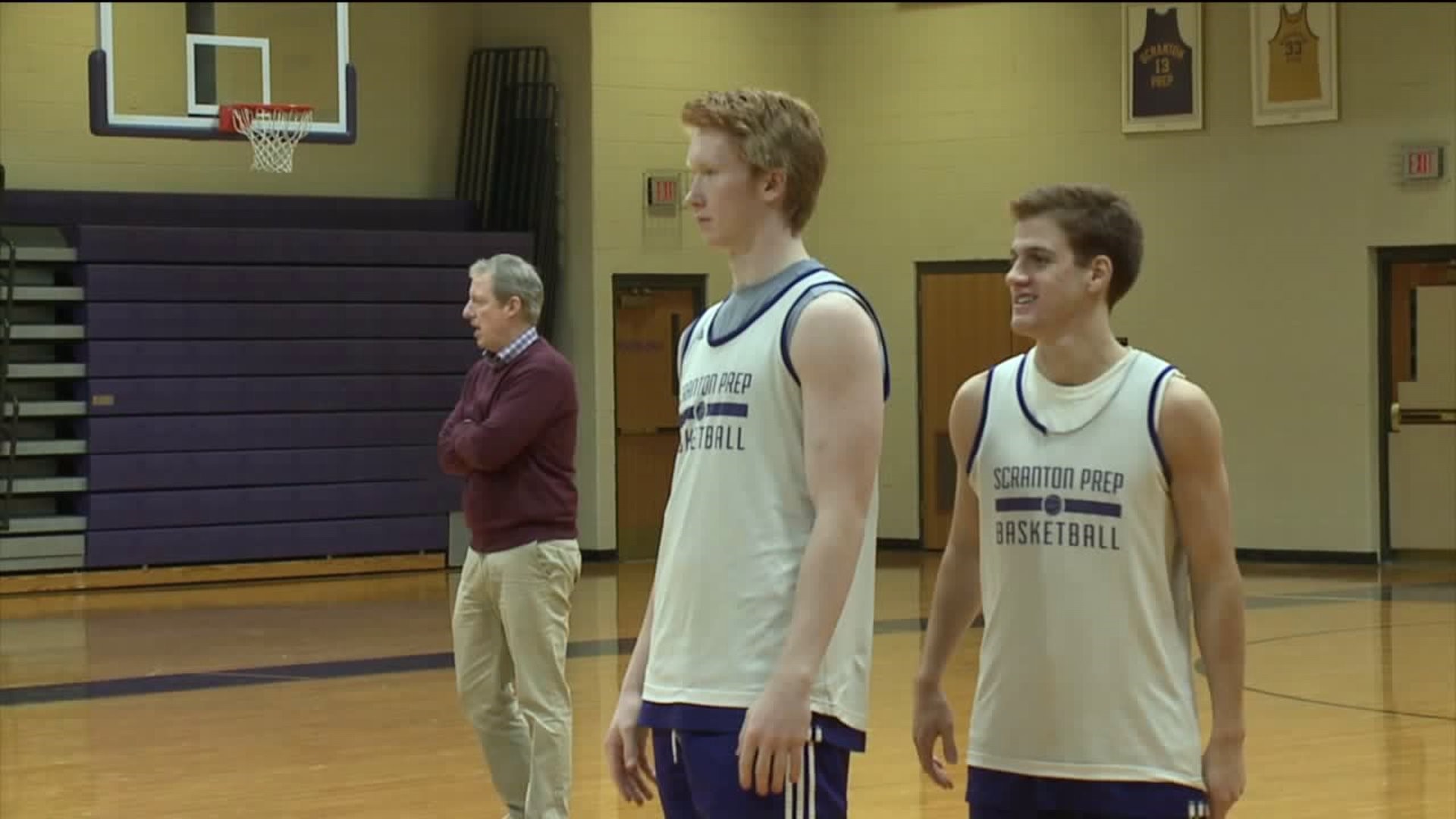 Leo O'Boyle is back after suffering a stress fracture injury to his foot, and healthy for the first time all-season and contributing in big ways for the Cavaliers basketball program.
At (18-2) on the season it's a big week with home games against Valley View and Abington Heights.

"It was hard. I've never been hurt before to this extent, so it was a new thing to me. So I had to come in and after I got the boot off and put heat on it everyday or go with our trainer and do some exercises," said Leo.

"To be without one of the best players in the area for 10 games and to be sitting at (18-2) and to reach some of the goals that we set in the beginning
of the season I am really proud of our group as a whole," said Andrew Kettel.

For the 10 games Leo O'Boyle was out with that stress fracture Scranton Prep lost two games-one to Pennridge a non-league loss and the other to Abington Heights, but since O'Boyle's return the Cavaliers haven't missed a beat.

Friday January 25th O'Boyle banks one in vs Wallenpaupack sending the game into overtime. Prep pulls out the 87-81 double overtime victory.

Saturday February 2nd vs Western Wayne- O'Boyle a top of the key bank shot good at the end of regulation. Prep wins in overtime 69-58

And then Tuesday February 5th a game wining "3" vs Scranton. 58-56 the Cavaliers over the Knights.

"It's definitely what every kid dreams of as a six-year-old in the driveway going out and shooting the ball counting down in there head but I knew at the end of the day in the game that we had to win, so when my coaches give me the ball in that position I know that I have to make the play. I have the confidence to do so," again said Leo.

Up next for O'Boyle and Prep the district playoffs then another state playoff run before O'Boyle heads to Lafayette and joins the Patriot League. Steve Lloyd reporting for Newswatch 16 sports from Lackawanna County.