It’s the conclusion of spring football practice for the Lackawanna College Falcons. “We’ll it’s really important to find out where we ar... 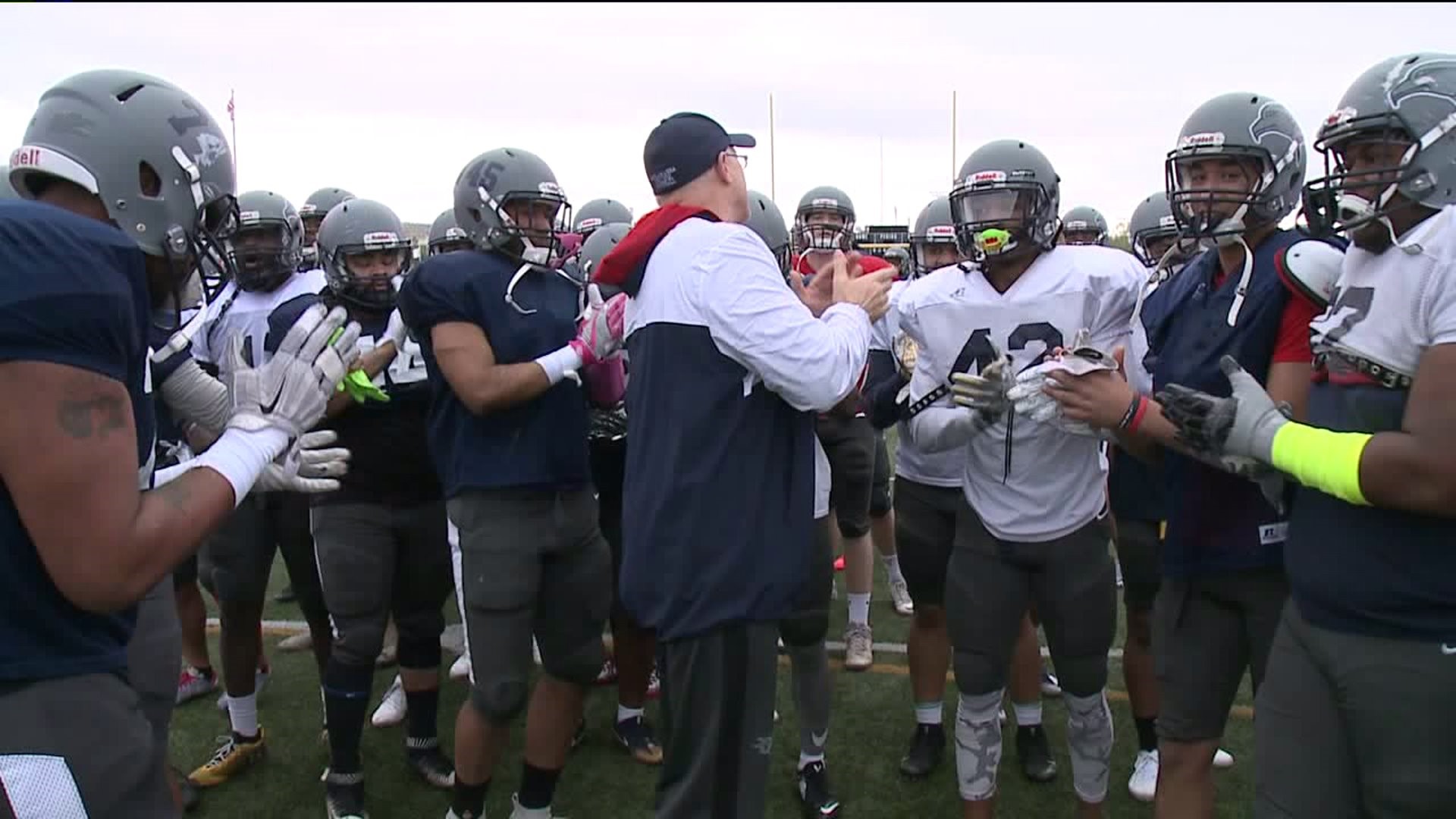 It's the conclusion of spring football practice for the Lackawanna College Falcons.

"We'll it's really important to find out where we are. We lost a lot of great football players last year, and had a great effort and now we are going to come back and kids have done really really well. We have 95 strong out here everyday, and we are kind of building towards the future for the fall," said Mark.

Last year they finished off a school record (11-0) season for the first time in program history winning the El Toro bowl in Yuma Arizona. That class of kids set the bar high for this group.

"It gets you ready for the season and the competition that you are going to see during the fall when it's time to go against other teams and play against other great talents. I mean Lackawanna has been known to have the best talented kids on the east coast," said Ja'Yir Brown.

"It's gratifying to see them go. I think that it's wonderful to see that their careers have gone in such a great direction, and again it's like getting a ball rolling again as we get going. We roll with this every single year it seems now. The anticipation of being really really good is high and that's a good thing," again said Mark.

Matt Cavallaro out of Delaware Valley high school in Pike county is in the mix to start in the fall at quarterback.

"It's been a lot of fun so far. We have a lot of high intensity practices, and a lot of great players out here. So every day we are just trying to get better, and get better as a team," said Matt.

With guys like Whigan, Brisker and Williams off to some big Division I programs the next crop of kids here at Lackawanna won't get here until the fall. They will total 65 new players and hopefully help head coach Mark Duda go for another undefeated season. It will be his 27th year coaching the Falcons.

"You keep doing this obviously you still have the motivation and you have the energy? Everyday man. 27 years seems like 27 minutes," added Mark.