Joe McNulty won’t stop coaching tennis, even though he just retired. “It was just time for me,” McNulty said. “I just felt like I was re... 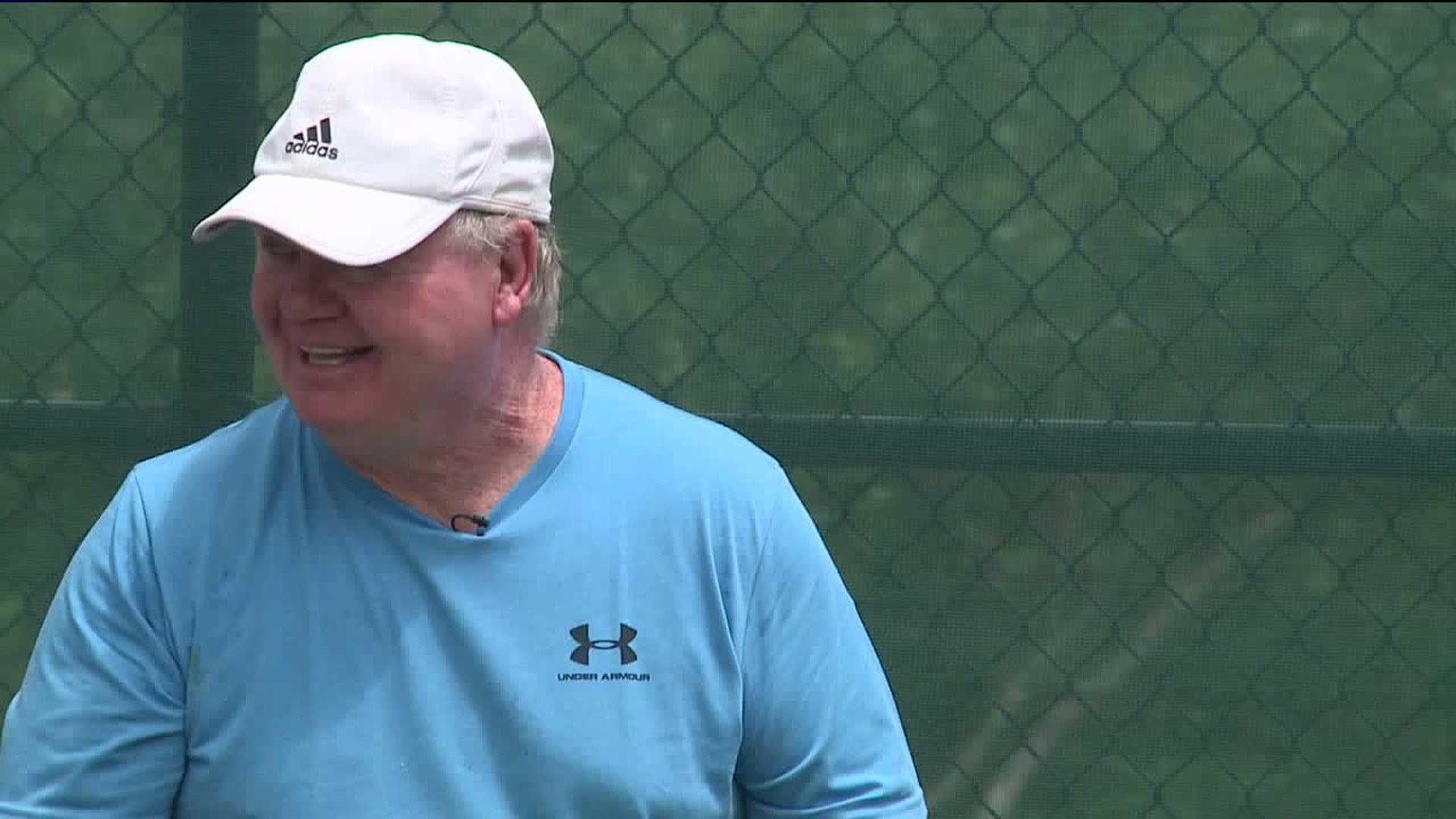 "It was just time for me," McNulty said. "I just felt like I was really compressed too much and it was a good time for me to jump off the school bus."

After 40 years of coaching tennis, first at Scranton Central, then at Scranton High School, McNulty called it a career. Well, kind of.

"I think it's part of life for him," said Kathleen McKenna, McNulty's administrative assistant and Scranton Prep Tennis Coach. "It's kind of described who he is. For some people, it's their job, whether it be an office or whatever, but this makes him who he is."

He is still the Head Professional at Scranton Tennis Club. So even though he's retired from coaching, he's still teaching, at 70 years old, after two recent knee replacements.

"I really enjoy doing it," McNulty said. "I like being on the court and I like teaching and the two fit together real well."

This week, McNulty is leading the Ccranton Tennis Club junior camp. It's five days, with roughly 100 kids of all different ages and skill levels, but for McNulty, it's not just about the fundamentals.

"It's teaching, basically," McNulty explained. "Trying to find different ways to inspire kids to begin to love the game and that's the reward right there. Gratifying to say the least."

"It's very tough at this age to help them fall in love with the sport the way he is in love with the sport," said Cesar Leon, a guest instructor at the camp and former Wilkes tennis player. "It's the love of his life I would say and he just loves the sport so much. He'll always be involved with it, even if he's technically retired."

Technically, but McNulty won't let retirement keep him from the court.

"I'm not stopping playing unless I'm underground," McNulty joked. "I think they're going to lay me out here in the court, too, if I go. I plan on playing quite a bit more and keep working with the young kids. They keep you going."