It’s no small feat when a bowler throws a perfect game… It’s an even bigger deal when you’re ninety years old!! Jim Heckman plays in the... 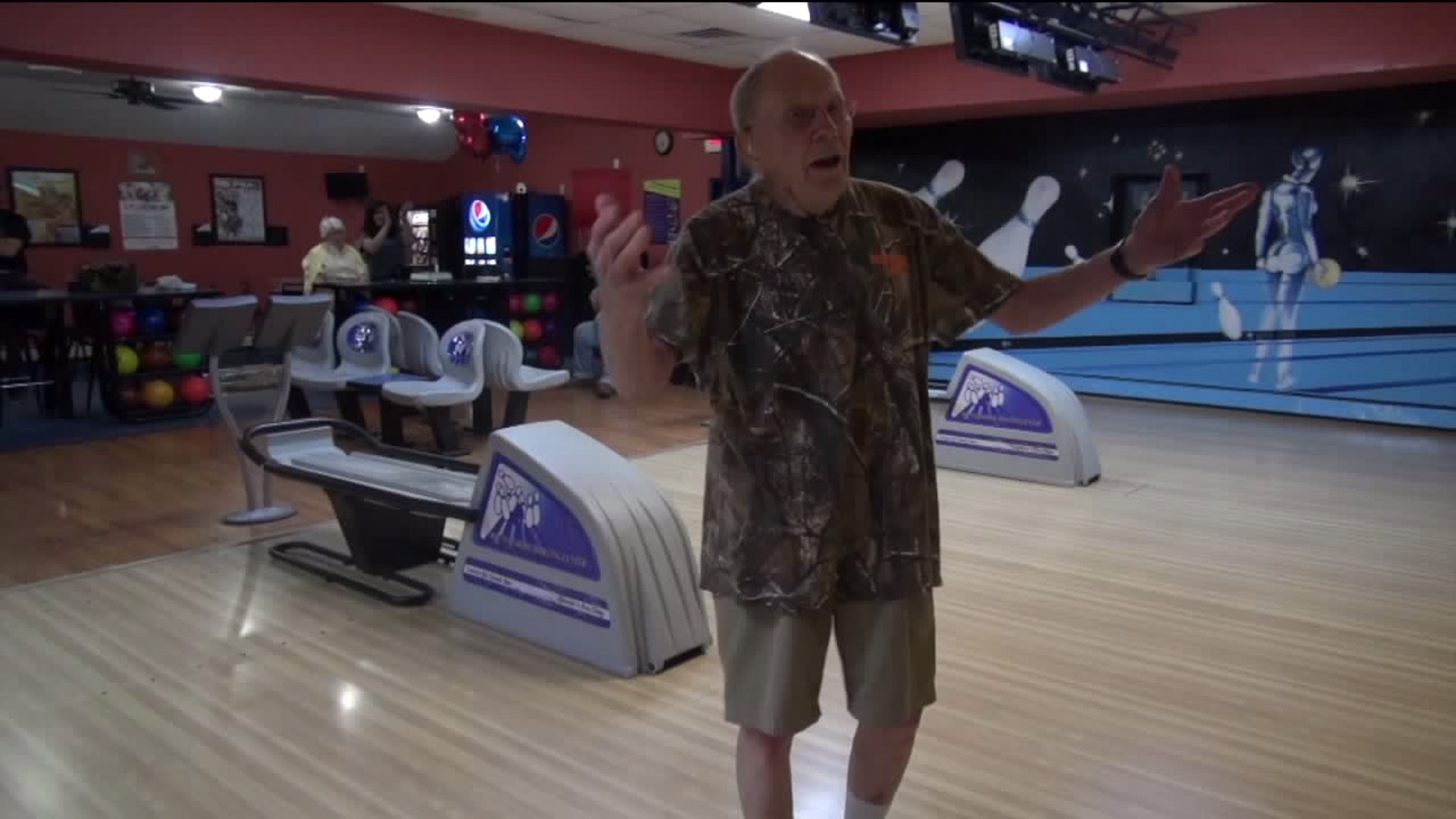 It's no small feat when a bowler throws a perfect game... It's an even bigger deal when you're ninety years old!! Jim Heckman plays in the Monday senior league at Mountainhome bowling center in Cresco. This past Monday, Jim added his name to the 300 club in the no tap league!

"You made a big jump then!" said Courtney
"Yeah, but this is No Tap so if you get nine you get a strike." replied Heckman. "I was just relaxed and bowled the third game with no problem."

Jim is no stranger to the pine and pins... Bowling has been in his life as long as he can remember.

"When I was a kid going to school we had school teams that helped setting up pins so we would bowl once in awhile." Jim recalled. "I set up pins when I was about 12 years old."

At 90 years old, Jim has bowled most of his life, but the Senior League keeps him and his league mates forever young.

As the years pass, so do some of the familiar faces in Jim's league. Even still, 13 bowlers still make it out every Monday.

"We only have four alleys going this year I think." Heckman admitted. "We're having a hard time getting old people."

"Well you must be one of the lucky ones still sticking around and still bowling, right?" Courtney commented.

Surrounded by family, Jim blew out the candles on his Ninetieth birthday Thursday night.