This strike out marked just the latest dominant performance by Holy Cross pitcher, Jenna Bradley and this was a big one. “Sometimes I’m a little ner... 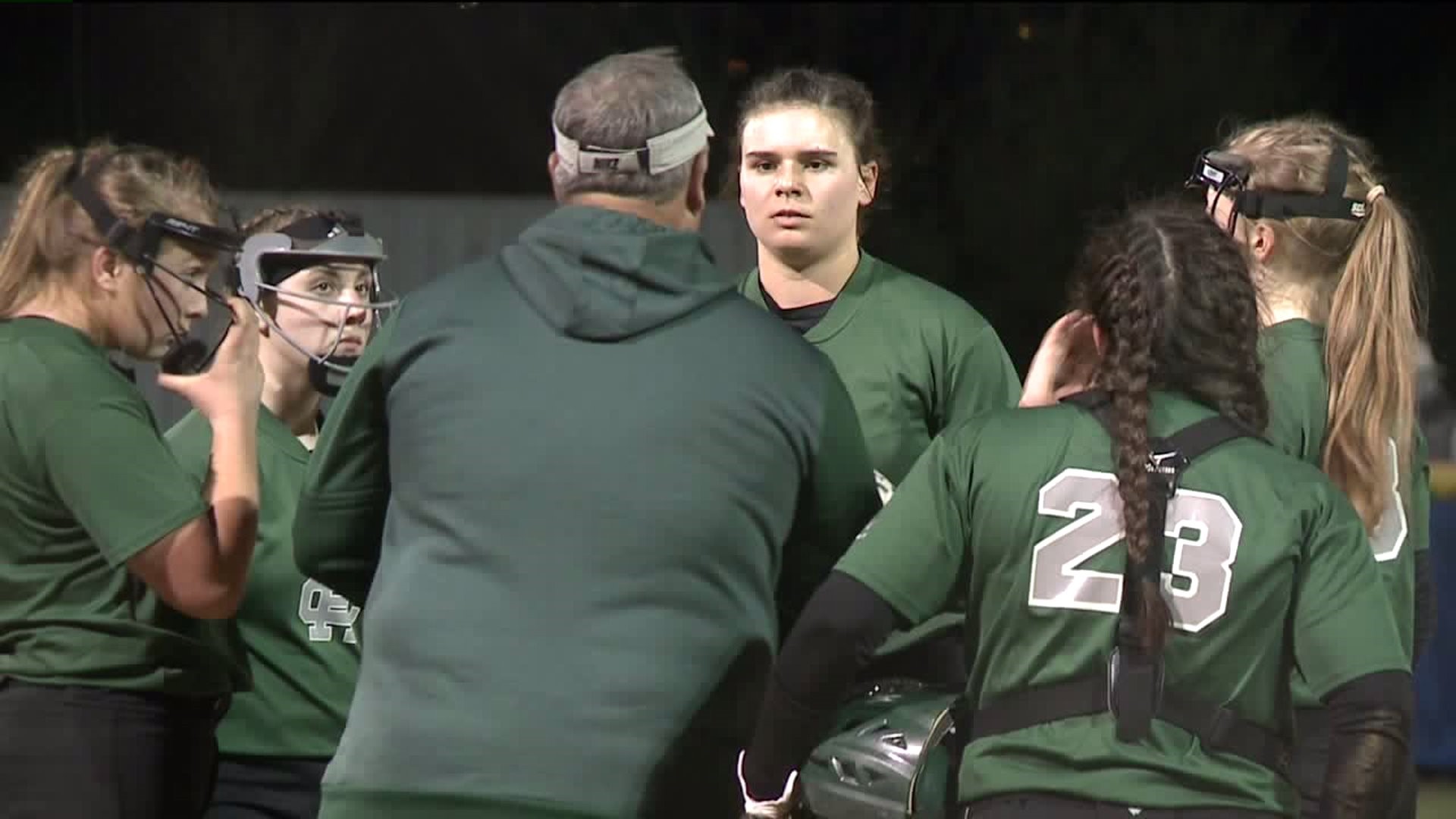 This strike out marked just the latest dominant performance by Holy Cross pitcher, Jenna Bradley and this was a big one.

"Sometimes I'm a little nervous," Bradley said after Holy Cross' 2-1 win over Mid Valley. "All the time, I'm ready to attack and I like to compete every pitch. I like to strike people out."

I think you can say mission accomplished there. The junior tossed a complete game two-hitter, gave up just an unearned run. She struck out 16. This wasn't against just anyone. This was on the road against another top team, Mid Valley.

"That says how competitive she is," Holy Cross softball coach Joe Ross said of Bradley. "That's a tremendous offensive team. She did what she does, nothing different, nothing special. She went out and threw her game."

"I learned that I can do it," Bradley said. "I can face really good hitters. So, being able to step up for my team was really helpful."

"It's just such a comfort to write 24 and put her in the circle every game. It makes me look smart at times."

With her 16th strike out performance at Mid Valley on Wednesday, Bradley now has 120 K's this season in just eight games, and I should also mention, she can hit, too. A .538 batting average with three home runs and 13 runs batted in in.

"She just flat out rakes," Ross said. "You can try to sugarcoat it or whatever. The ball just explodes off her bat."

But the explosive stats don't mean much to Bradley.

"I don't really like to play the game by the numbers because then I'm not really playing for fun and I think once I get wrapped up in 'Wow, I'm doing this,' or 'Wow, I'm doing that,' I'm going to stop pushing myself," Bradley said. "For me, just coming out and playing and fun, because we get to play this sport. It's not a chore."

And it's exactly that attitude that impresses more than any strikeout can.

"She may be a better person than she is as a player and I know that's a loud statement, but when you get the opportunity to coach a talent like that, the impact that she has on her teammates, on the school and the coaching staff, it's just a flat-out pleasure to be around he," Ross said.