The transition from playing basketball to volleyball was an easy one for 6’9″ inch junior Jared Piontkowski. The finisher for Holy Redeemer Jared ju... 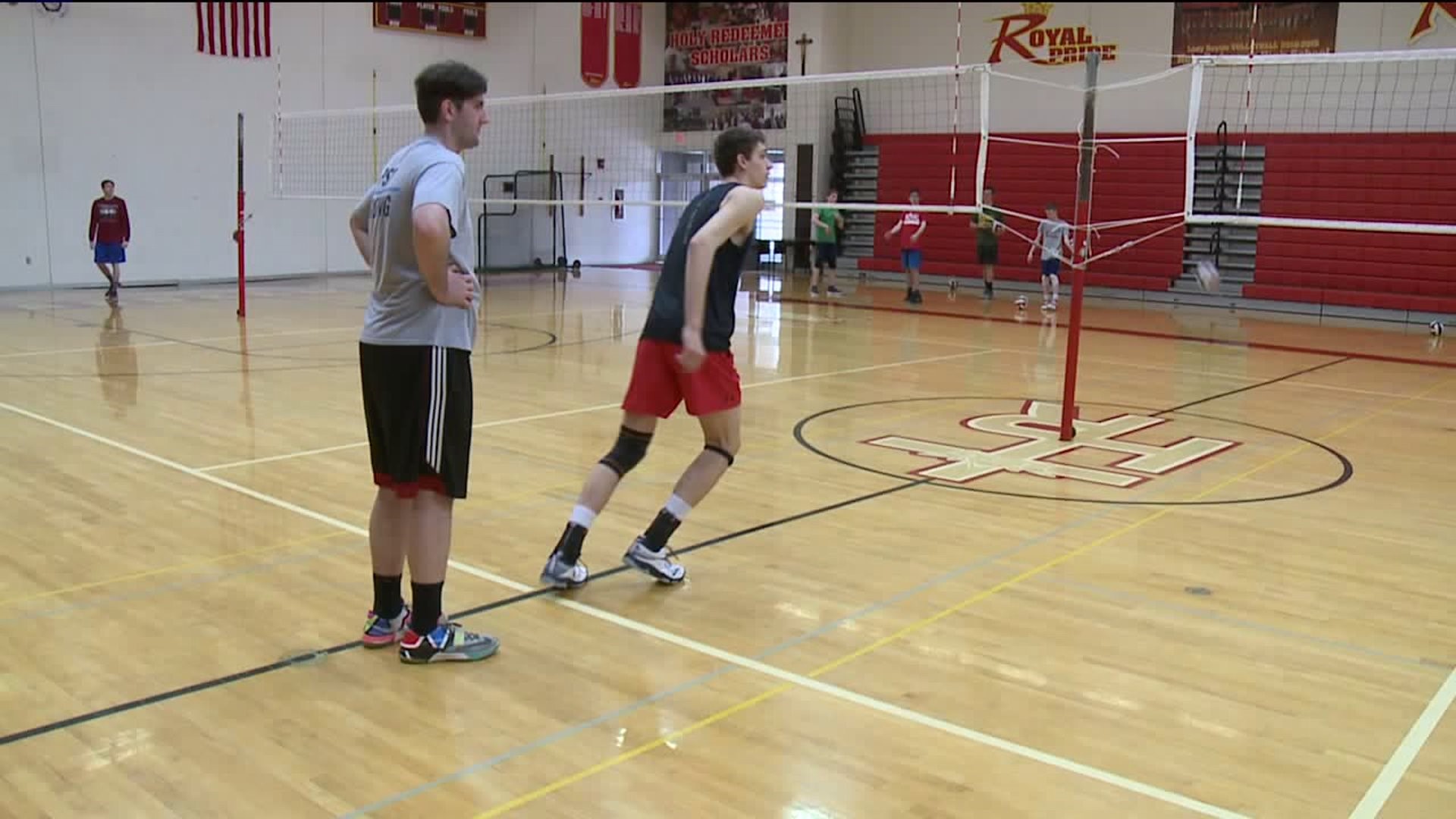 The transition from playing basketball to volleyball was an easy one for 6'9" inch junior Jared Piontkowski.

The finisher for Holy Redeemer Jared jumps over most opponents using his athletic ability and pure size, and the Royals are reaping the benefits in the win column.

Senior George Beck has over 1,000 career assists. Many on the point to Jared.

"It's a lot different for Jared. You have to set him I mean a little taller than everybody else, and honestly it's better for him because he gets over the blocks and everything," said George.

"This year I kind of know what are plays are. I just kind of give him a head nod and he just knows where to put it at the right time and how fast to put it," again said Jared.

With little over half a season left here for Holy Redeemer-Jared is already over 700 career kills. With a great run next year he should pass Carr and Rashilla to become the all-time kills leader for the Royals.

"Is it nice to have a kid 6'9" who loves the game? Yes it is! Somebody that is that dedicated. And we do encourage him to play the other sports. He loves basketball and we have never asked anybody to quit a sport to stay with ours. So I'm glad that he is dedicated to that, but he's also dedicated to volleyball," added John.

It's an impressive run for the Royals. Eight straight District titles in a row. They go for their ninth in the month of May. Steve Lloyd reporting for Newswatch 16 sports from Luzerne County.