After 52 seasons as a Head Coach, the last 47 seasons at Dunmore, Jack Henzes will resign as the Bucks football coach due to health reasons. Henzes began his He... 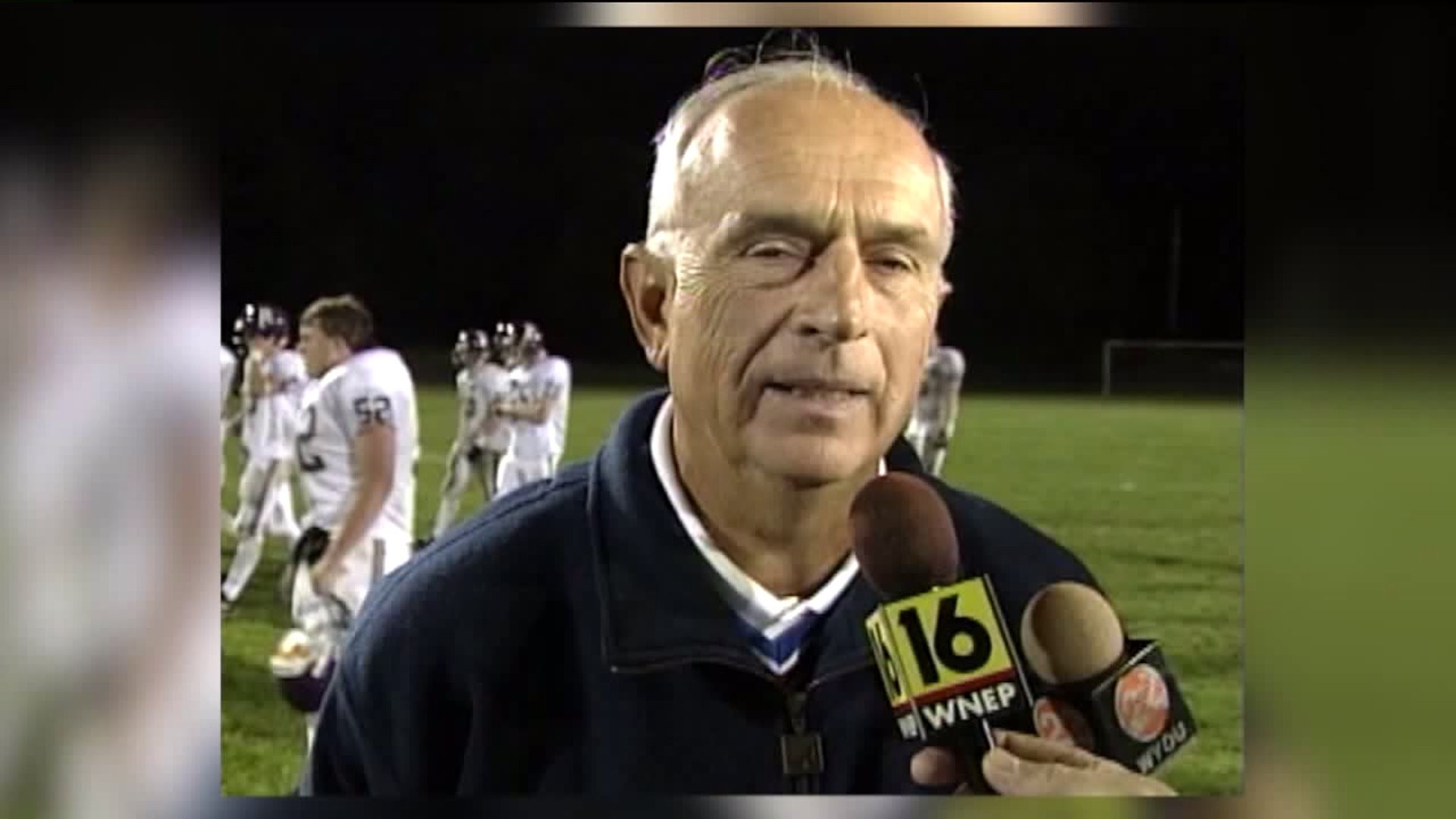 After 52 seasons as a Head Coach, the last 47 seasons at Dunmore, Jack Henzes will resign as the Bucks football coach due to health reasons.

Henzes began his Head Coaching career at Wyoming Area in 1996, and then over at Dunmore in 1971.  Here's a look at Jack's career.

After being an assistant coach with the old Blakely Bears coached by his Father, Jack Henzes Senior, the 'Papa Bear', Jack Henzes became the head coach at Wyoming Area in 1966.

In his first game coaching the Warriors, Jack lost 27-13 to of all teams, the Dunmore Bucks.

The next week Wyoming Area won over GAR, and in four seasons under Henzes the Warriors went 30-12.

In 1971, Jack Henzes became head coach of Dunmore. the Bucks won their opener against Tunkhannock and quickly began winning games and championships.

From 1973-75 Dunmore won three straight Big 11 titles. it was during this period that Jack became a mentor to three players who later had long careers coaching in the NFL, Tony Marciano, Joe Marciano and Vic Fangio. Fangio, who became one of the best defensive coordinators in the NFL with the 49'ers and Bears converted those Dunmore dreams into defensive nightmares.

"Well, I was fortunate to play and then coach a couple of years with coach Henzes who's been the success that he's had and how he's been able to do it for such a long time." said Fangio.  "I think fundamentals is a big part of it. I still teach that to the players at this level. the technique is so important, the fundamentals is so important."

The 1980's were also good times for Henzes and the Bucks.

The 1985 team led by the twins Bobby and the late Billy Ruddy went 13-0 and won the Eastern Conference Class ‘A’ title.

In 1989, Dunmore led by future Notre Dame and Miami Dolphins offensive lineman Tim Ruddy lost a muddy 6-0 struggle to Berwick on WNEP TV.  but, the bucks bounced back to win their first their state title a 57-18 rout over Keystone in the class 'A' championship game.

1995, coach Henzes collapsed on the sidelines of a game, but without their Head Coach the Bucks beating Wyoming area for another district title.

As the signs say in Dunmore. it's God, Family and Football.

Jack Henzes Junior wouldn't have it any other way.