Berwick-native Jayson Terdiman is hard at work training for the Olympics, but back in his hometown, there’s another athlete lighting it up in luge and he&... 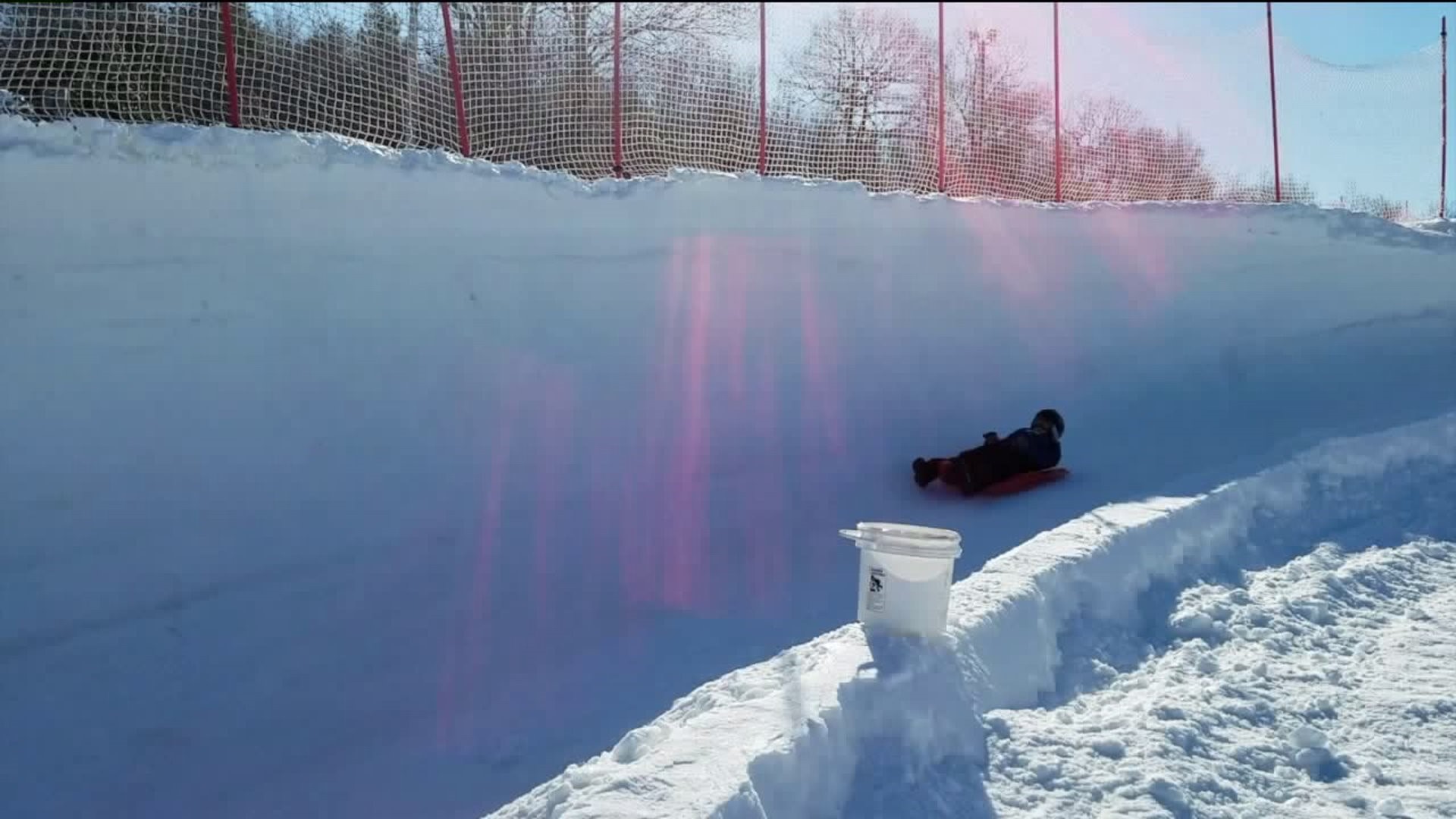 Berwick-native Jayson Terdiman is hard at work training for the Olympics, but back in his hometown, there's another athlete lighting it up in luge and he's only 11 years old.

"I like to luge because the speed of it," Gavin Davis said. "It's the fastest sport on ice. I go about 50 miles per hour."

"For me, I'm very proud to be on team USA," Davis began to explain, recalling the moment he found out he made the team. "I was so happy. I just jumped up and I wanted to start packing that minute for it and I was so excited to go up."

Davis is one of only 15 athletes in the country on the Junior "D" Lake Placid Team and yes, Terdiman is a big reason why Davis picked up a sled.

"When I first met him, I thought luge was just like a normal sledding sport," Davis began to explain. "But when I went down the hill, it was really fast and I liked it and it was fun."

"He had a goal in mind," Gavin's father Chad Davis said. "He talked to Jayson, had an idea in his head: 'that's what I want to do.' It's quite the honor to have Gavin represent USA Luge."

Terdiman always took the time to give back to his community. Now that community is giving back another luger and Terdiman is taking the time to be a role model, even as he trains in Norway.

"I've known Gavin for quite a few years," Terdiman said via Google Hangouts from Norway. "For someone as young as Gavin to pick it up really well and he's very excited about it, which is great, similar to what I was when I was a kid. He jumped on the sled and I took him down the hill. We both got on the sled together and I took him down the hill and he loved it. He is actually going the same route I went. I got involved in the same program. It's cool to be a role model for him and I'm hoping that I'm doing a good job at it."

"He's always encouraged me," Gavin said of Terdiman. "It's exciting to look up to someone like that."

First up for Davis, it's the Empire State Games, followed by Nationals in March. Of course in February, he'll have an eye on his friend Jayson Terdiman and the Olympics, something he hopes to compete in one day. It's happened here in Berwick before.