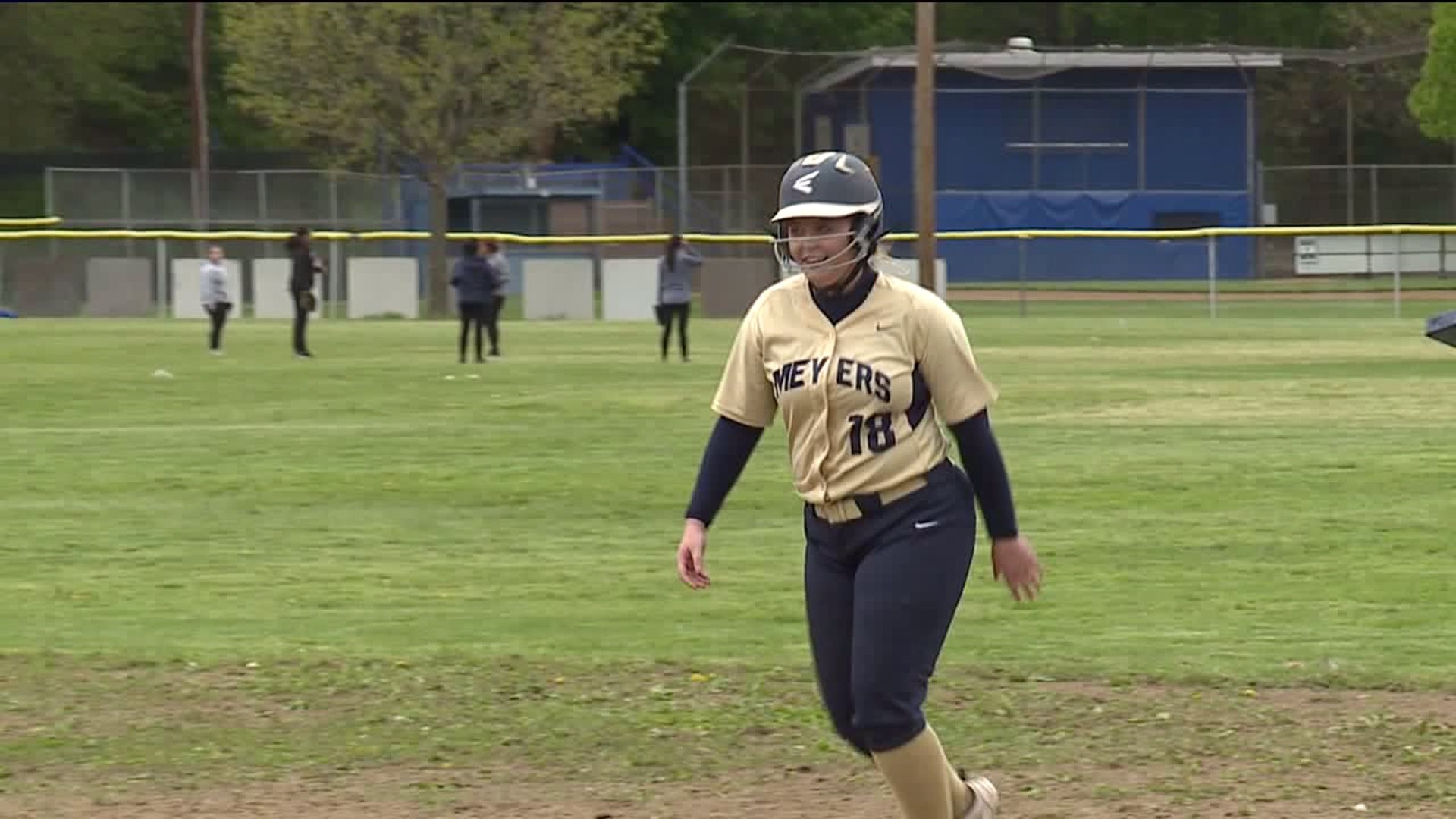 "Knowing that it's our last season playing together, they're excited," Meyers softball coach, Nicole Hoskins said. "It's emotional for them and it's the end of an era."

WNEP was there when this rivalry ended on the football field, and on the basketball court.The crowd can't compare on the softball field, but that doesn't make this any less significant.

"We've received many texts, emails, Facebook pages, showing support for the girls, wishing them luck," G.A.R. softball coach Wally Peck said. "As you can see, we've have the 'Final Inning' T-shirts today, representing the final game between the two teams."

A game that, understandably, causes an emotional roller coaster.

"It's complicated because we've been through this for many years and now it's coming to an end," G.A.R. junior outfielder Samantha Guzman said. "It's kind of sad."

"It's been very overwhelming, very emotional throughout the whole thing," Meyers junior outfielder Emma Barker added. "It's also heartbreaking not to be graduating as a Mohawk officially. Well, we're officially Mohawks, but you know."

"I mean, our parents went to G.A.R. Their parents went to Meyers. It's just tradition," G.A.R. sophomore infielder Jordyn Catina explained. "It's just kind of like the heart and soul of the schools.. So it's like a family is over and I'll meet new girls next year, but it breaks my heart."

When G.A.R., Meyers and Coughlin merge next season into the new Wilkes-Barre Wolfpack, they'll be a new family and these rivals will become teammates.

"Not being on the team with my girls next year, my family, it hurts, but next year is a whole new start and it's exciting," Catina said.

An exciting start, following an exciting finish. Meyers walked off winners in their final rivalry game, 11-10 in 9 innings.