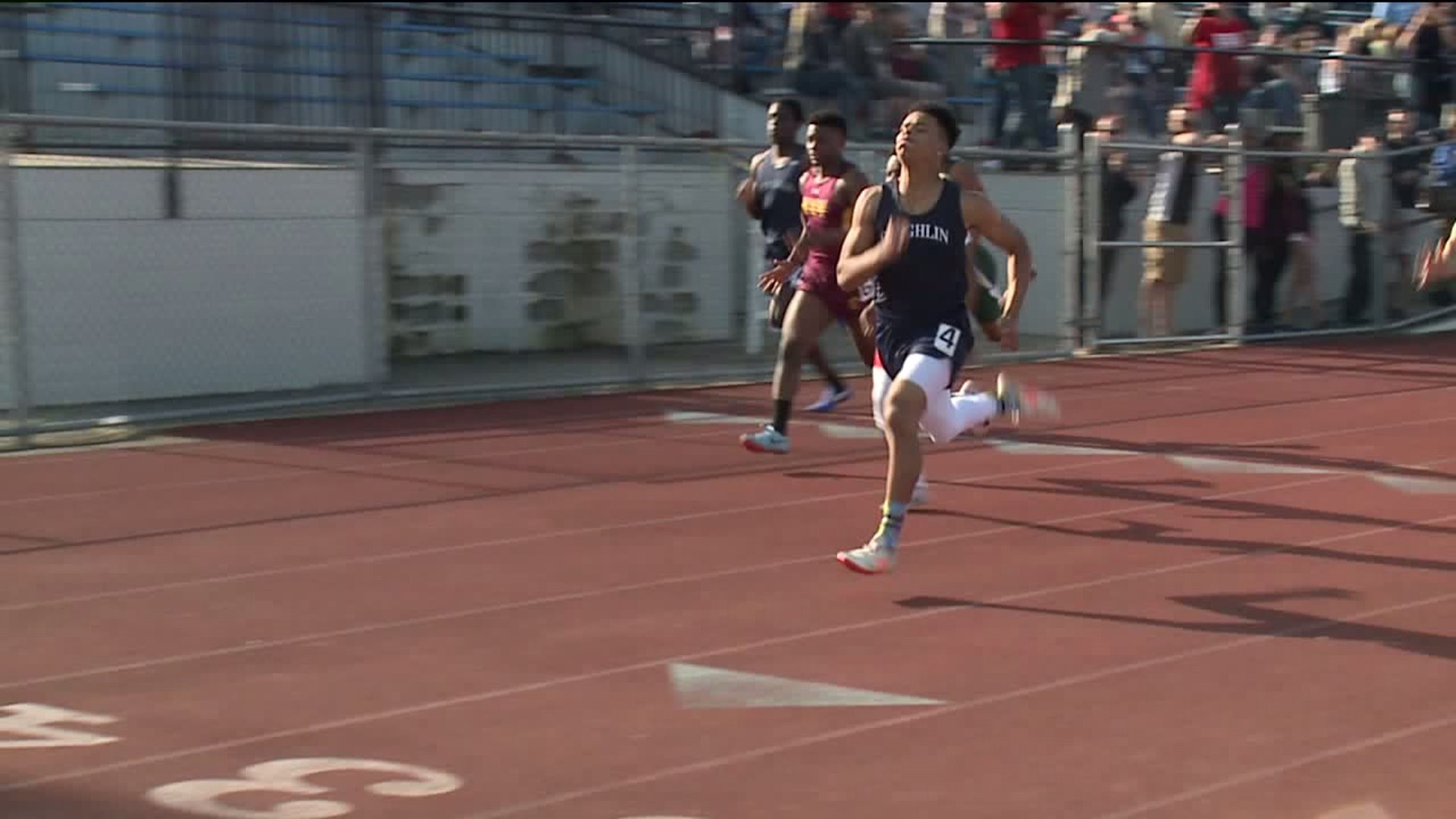 The second day of the District Two belonged to Class 'AAA'.  Abington Heights won the girls 3,200 meter relay, 100 Hurdles with Calista Marzolino.  Nazir Dunnell of Meyers won the 110 HH, Coughlin's Rafael McCoy won the 100 in 10.8.  So, meant in their final season as a school Meyers and Coughlin found some gold.

100M dash in girls went to Kyani Harbin of Scranto in 12.20.  Long Jump boys was Quincy Vassell of West Scranton, while girls Triple Jump went to Annna Ioppolo of Wallenpaupack.