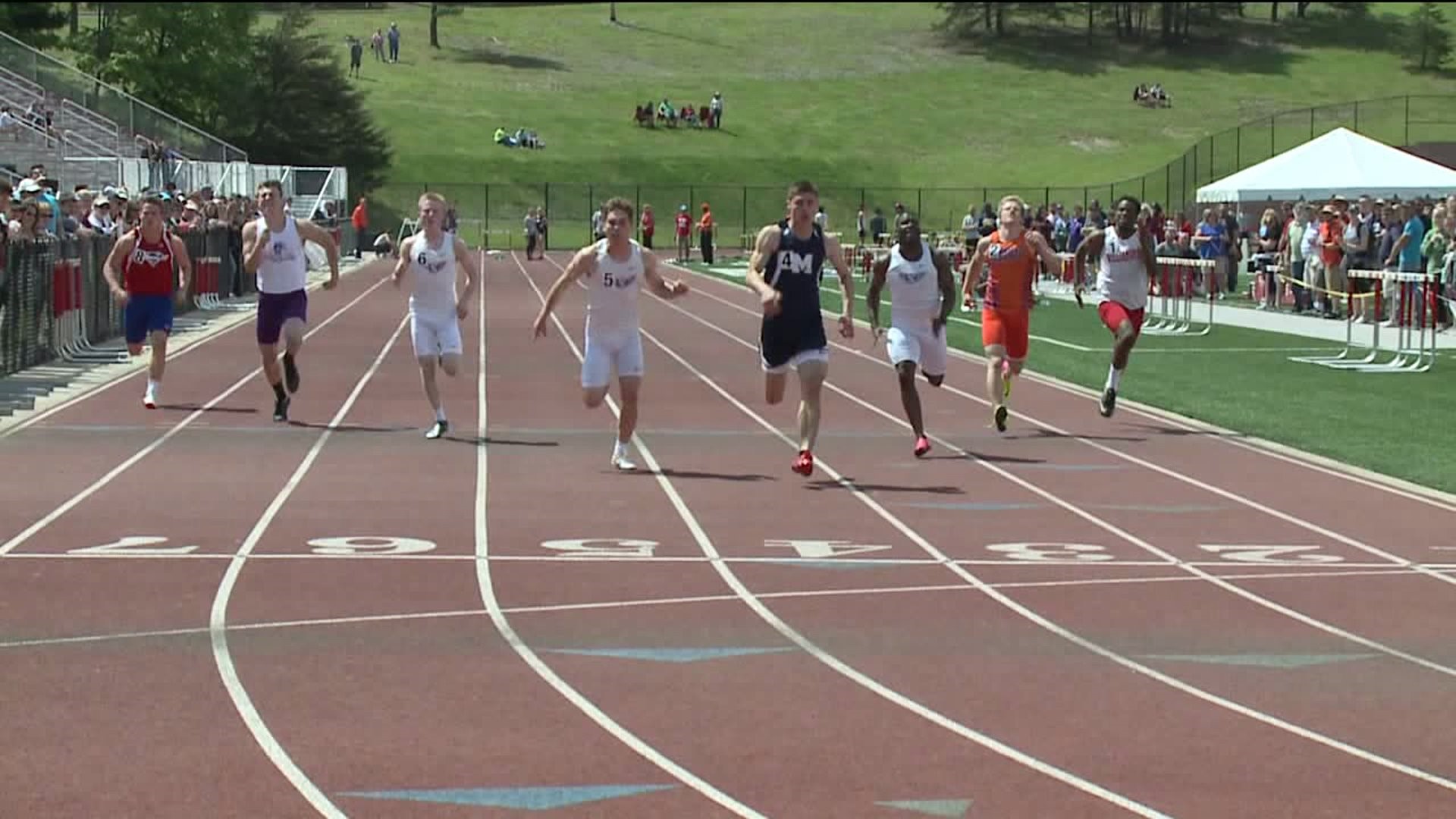 The boy's 3200 meter run in AA Krystof Lapotsky from Mount Carmel took the title in 9:27.90 seconds.

In AAA we have a new District IV record set by Leah Bergey from Milton in the girl's 100 hurdles 14.99 breaking Emily Phillips record from Selinsgrove in 2009 of 15.37

"It was really nice to get a break in yesterday. We iced and prepared for today, and got into the right mindset and just got ready for today's race," said Leah.

The boy's AA 110 high hurdle winner was Kameron Scheffler from Lewisburg in 14.97.

"You look so much better.  Obviously it shows by that time. How much are you looking forward to going back down to states now? I feel like it's redemption a little bit. I want to prove that I can do something this year and I can be respected a little bit or come close to it because I have two more year left. It's going to be a fun time going down there," said Allen.

Hailey Zurich from Loyalsock blisters the field in the 100 meter dash in AA in 12.56 then clears the pole vault 12 feet 6 1/4 inches for gold.

Katie Penman from Williamsport runs a 12.40 in the AAA 100 edging out record holder Megan Hoffman from Selinsgrove.

Julian Fleming runs a 10.95 for Southern Columbia in the AA 100. Jahvel Hemphill from Bloomsburg still holds the record of 10.59.

"I'm good for the most part. Tweaked my hamstring earlier in the season but I'm pretty much back to 100 percent. That was really bothering me. I learned how to stretch. That was a plus. That was something that came along but overall I feel good," said Julian.