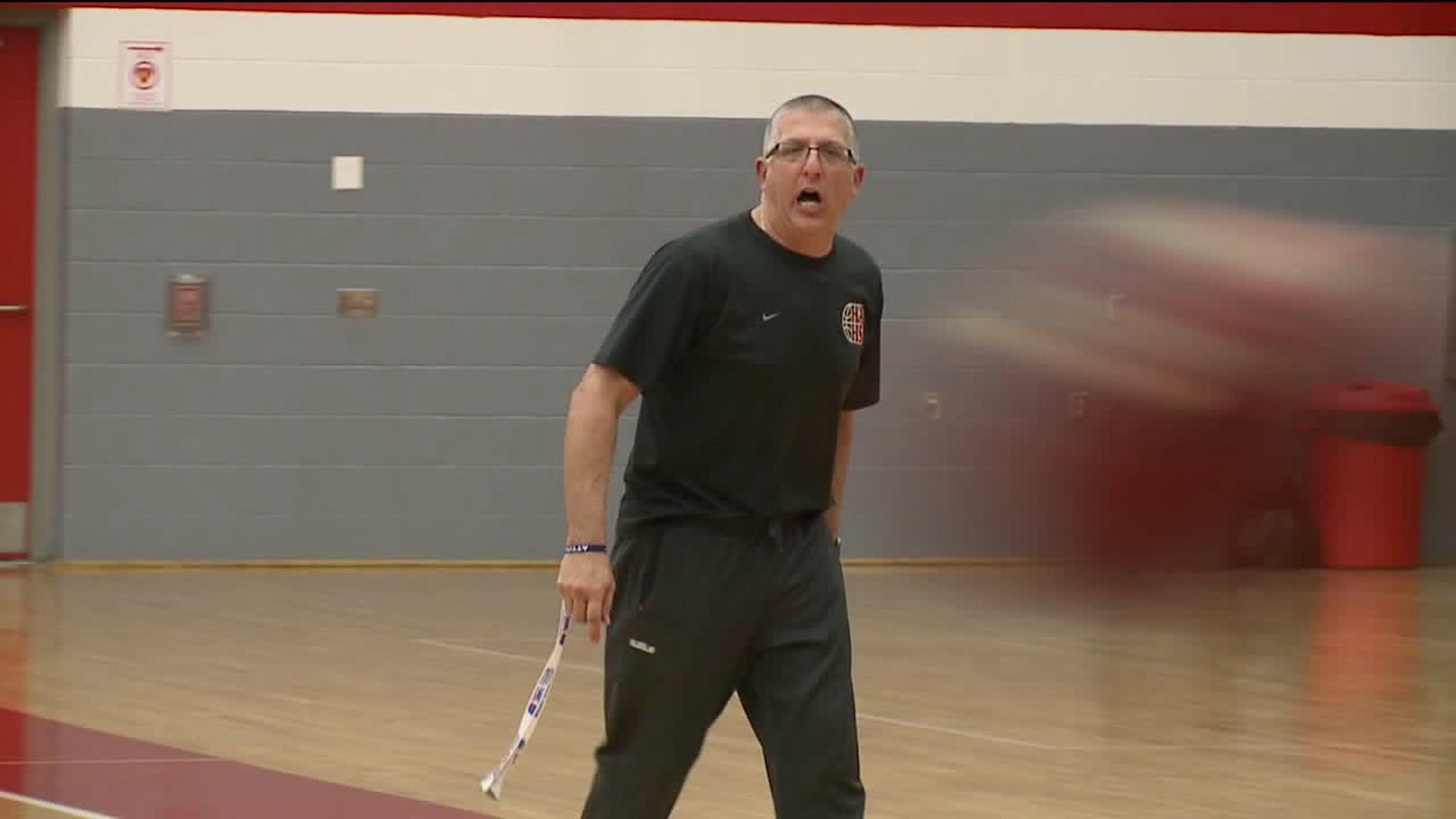 Head coach Lenny Smith of the Danville Ironmen was dealt two early blows at the start of the high school basketball season. 6 foot 6 junior center Dyson Harward tore his ACL and is lost for the year, and point guard Peyton Riley could miss significant time with a torn labrum.

"How tough was it to see your big kid get hurt? Oh! It's a shame especially since it was the day before the season started. He worked really hard and was being recruited and looked at by several teams so it was tough and tough on the young man, but one good thing about it he still has another year coming," said Lenny.

Down here in Hazleton-Mike Joseph's Cougars coming off a record of (21-4) a season ago, and probably some unfinished business for this group they lost to Williamsport in the district playoffs and we will find out just how good this team really is coming up on Monday December 11th when they host Scranton Prep.

"You look at the front line here obviously a lot of length, talent and height. How are you going to utilize all those guys? Yeah we have a good group back. We lost our point guard last year, but we have a lot of parts back from a team that was (21-4) and has really kind of committed themselves to not let our season end like it did last year in the district championship game," said Mike.

"We have a really tall and athletic front between me,Joe and Da'mir we are all about 6'5" and can all jump and run the floor pretty well so we have a strong front court so I am pretty excited about that," said Jeff.