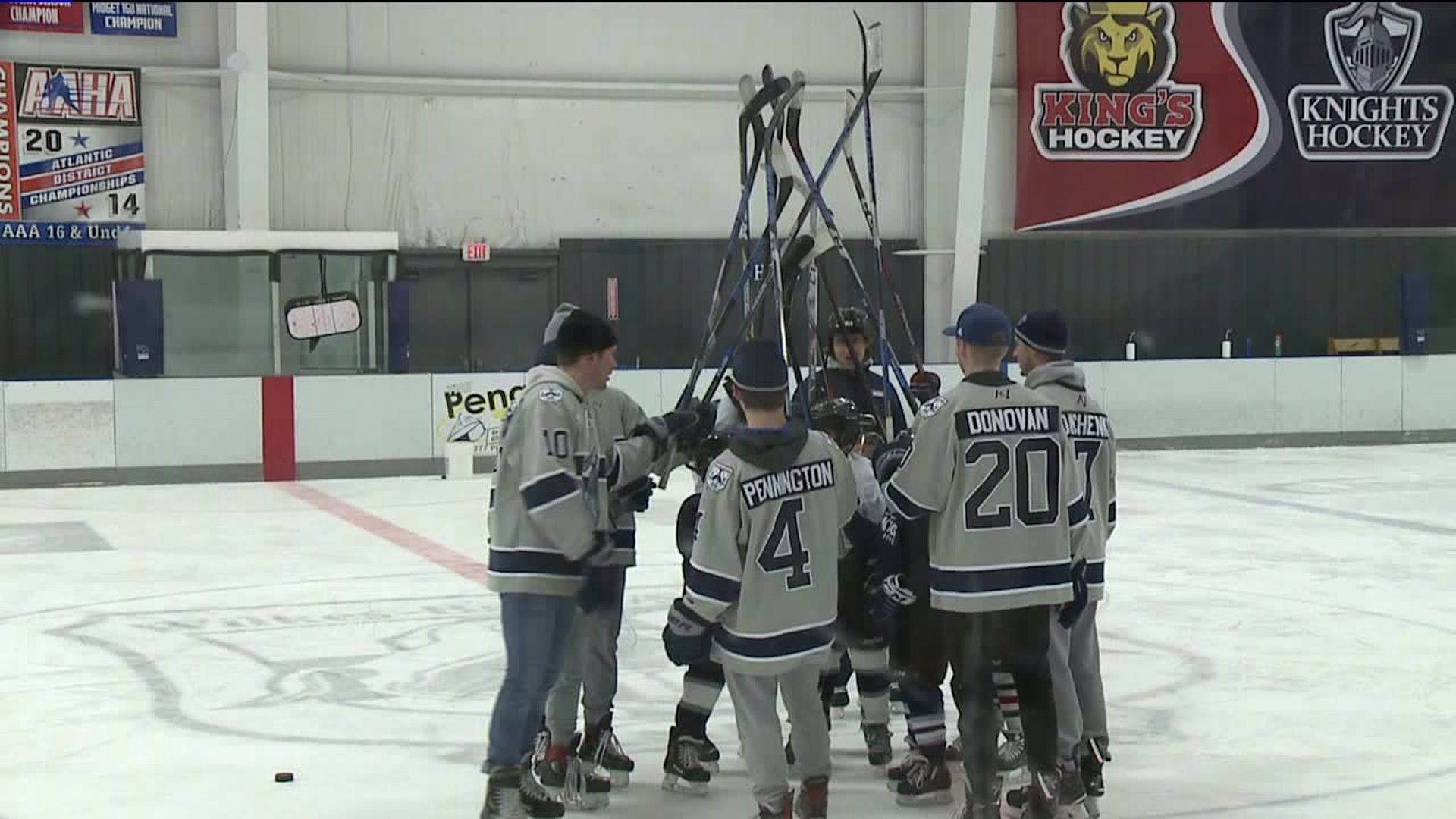 The extreme cold doesn't bother Shay Donovan. After all, he's from Duluth, MN.

"Negative 20 wind chill some days. It's a lot of cold days more than snow days," Donovan recalled. "You play outdoors up until you're pee wee. As a matter of fact, I have an outdoor rink that I've skated on my whole life. So, cold doesn't bother me too much."

Donovan is the captain for the Wilkes-Barre/Scranton Knights. That's the local North American Hockey League team. They just call it the NAHL. Donovan is just 20 years old, but his story is typical. There's not a single player on this roster from Pennsylvania. They're from all over the world.

"You've got players coming from Florida, from Australia, from Russia, from Michigan, from Alaska," Knights Head Coach and General Manager Tom Kowal said. "You get to come together and this is when you realize who's dedicated hockey players and who's kind of just playing for fun and who really wants to move on and play at a higher level."

That higher level would be college and the ultimate goal is the NHL. Just look across Pennsylvania. The Penguins' Daniel Sprong and the Flyers' Ivan Provorov, both former Wilkes-Barre/Scranton Knights. Tyrone Bronte is hoping he's next. He's from Australia, but just committed to play at Bemidji State and he thanks his time here."

"Playing here, playing in this league with older guys, younger guys, whatever it may be, it gets you as ready as possible for college," Bronte said.

The Knights play their home games at the Revolution Ice Centre near Pittston, but Pittston's a long way from home for all these Knights. So this team becomes their family.

"Every now and then, if you're by yourself, you get a little homesick, you start thinking about home, but when you come to the rink, you get away from all that," Bronte said. "You're just focusing on hockey and all the guys here."

"Everyone misses home a little bit, but it kind of brings you together and this is kind of your family here," Donovan added. "You get used to it, a thousand miles away. No matter what, it's going to have its days."

So Donovan says bring on the cold. It reminds him of home - a little piece of Minnesota in Pennsylvania.

"Honestly, I think it's kind of soft compared to Duluth winters," Donovan joked. "So, I'm actually kind of thankful. It's kind of warm here."