With the Railriders on the road, PNC Field was open for a different kind of entertainment: live theatre, and the premiere of “Batboy: A Yankee Miracle.... 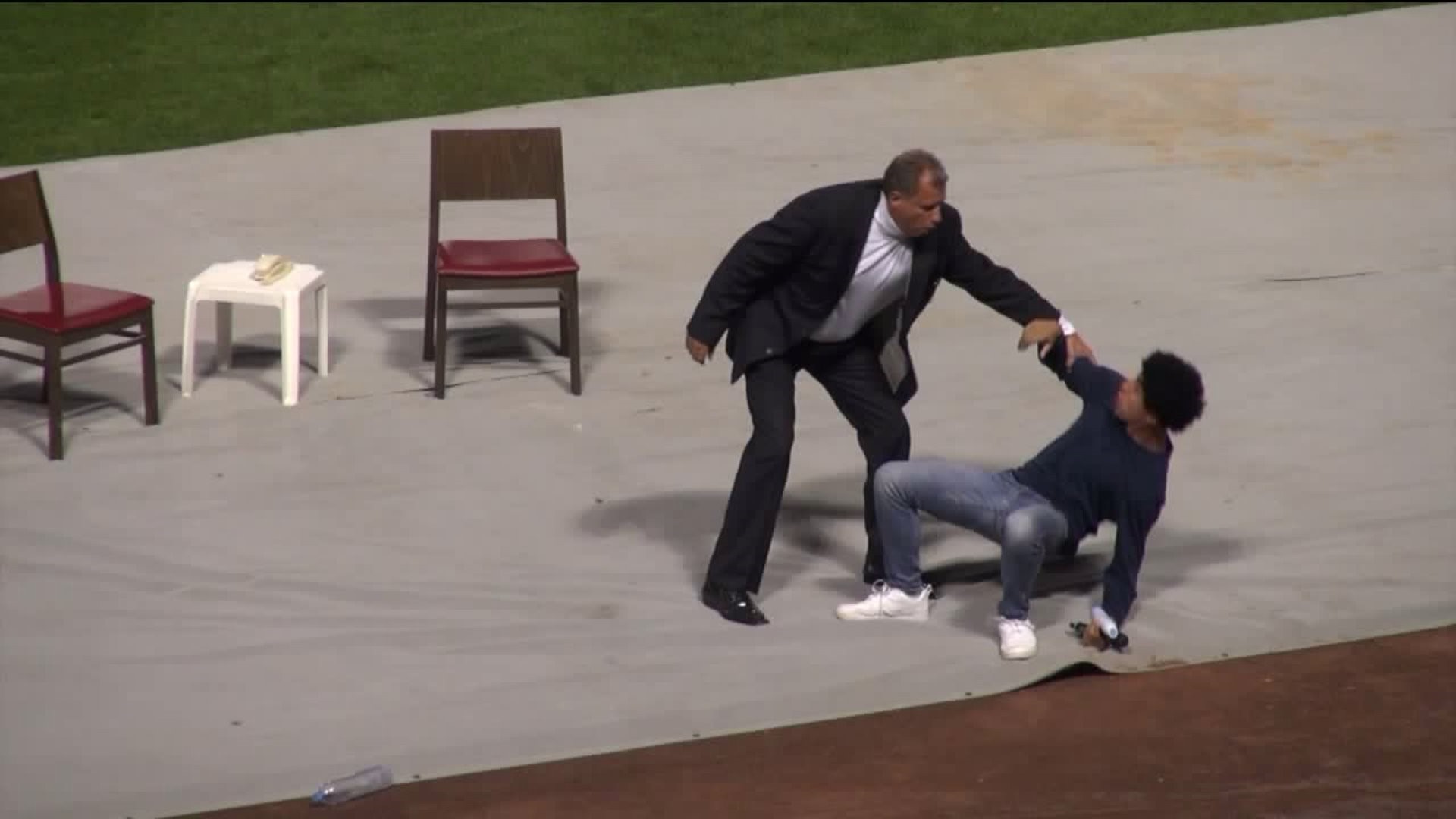 With the Railriders on the road, PNC Field was open for a different kind of entertainment: live theatre, and the premiere of "Batboy: A Yankee Miracle." The play is the story of Ray Negron, who in 1973 was caught vandalizing Yankee stadium by George Steinbrenner himself. Instead of calling the cops, Steinbreener hired the then-16-year-old to pay off the damages as batboy. 46 years later, he still works for the team, as a community consultant, a story Negron feels blessed to tell.

"The show is called 'Batboy' and it's the story of my life, as Neil Diamond would say," Negron said. "It's the story of me growing up in the Bronx with George Steinbrenner and the Bronx Bombers. It's about the love affair I've had with the Yankees for 46 years. He became a very rich man, but at the same time, he never forgot the little guy. He never forgot the guys like me, the guys who didn't have anything and made them feel like they had everything."

Dwight Gooden, Mickey Rivers, and Roy White were all in town for the performance.