BATBOY, a Yankee Miracle is a play coming to PNC Field of August 16.  Ray Negron skipped the last day of his Junior year to head to Yankee Stadium.  There Ray, ... 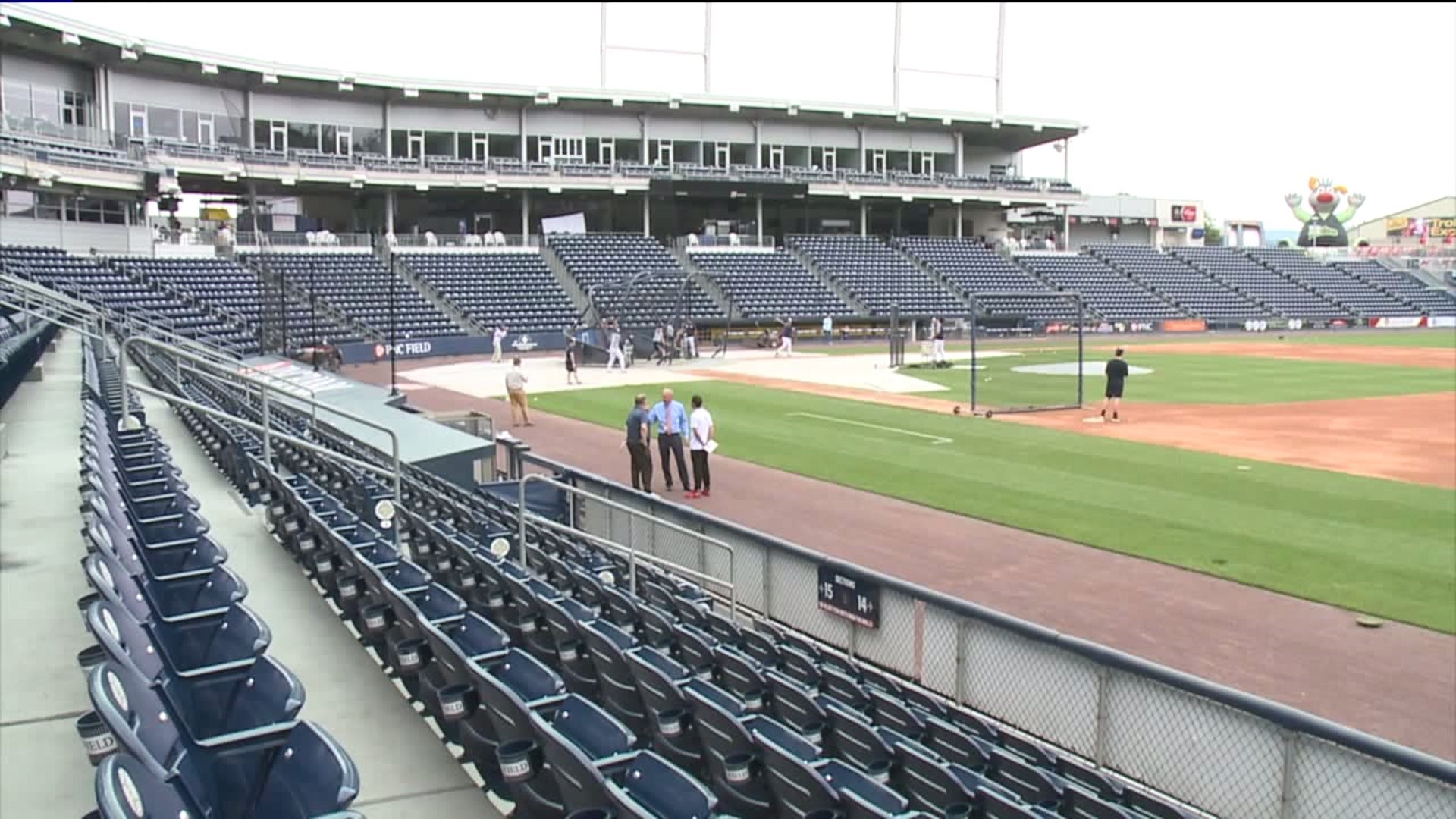 BATBOY, a Yankee Miracle is a play coming to PNC Field of August 16.  Ray Negron skipped the last day of his Junior year to head to Yankee Stadium.  There Ray, was attempted to spray paint the stadium with a big NY.  But, Yankees owner George Steinbrenner collared Negron and had him work for the team in order to pay off the damages.  Within days, Ray became a Yankees Bat Boy and 46 years later is still involved with the team.   We interviewed a Producer an Actor in the Play to find out more.

"You know, in 1973 George Steinbrenner just bought the Yankees from CBS." explained Producer Steve Vaccaro. "Ray Negron, his family, his cousins, his friends decided to spray paint Yankee stadium. he was caught, he was arrested and brought to the holding cell in Yankee Stadium. George Steinbrenner kind of took offense to it, he was destroying his stadium, saw Ray in prison, in the holding cell and they all pointed to Ray that he did it. He wanted the kid, which was Ray Negron." Vaccaro resume..."brought him to his office, read him the riot act, but then made him a Yankees Bat Boy that very night. so, for 46 years, Ray Negron has been in a Yankee world as a bat boy, administrator, community consultant. He's a five-time author. he's the guy that pushed Reggie Jackson out for that encore, after that third home run. If you go to the old clips you see Ray with a fro, and a mustache push Reggie out for this encore, this iconic encore.>

Actor Luigi Squeege picks it up from there. "I play Edwin, Ray's cousin which is huge scene and i don't want to spoil it cause I want them to see the scene cause it's very impactful and very emotional scene... and my being a bat boy in the 1998 era to 2005 with the dynasty. we re-enact the David Cone scene, the perfect game where I warmed David Cone up during the rain delay and that was my childhood idol. we just did a show in the Bronx, that he was a part of, David Cone."

Jim Coles asked, "How did they cover Munson in the play?

The actor responded, "Ah, we have a guy that looks just like Thurman Munson and he's going to blow your mind away in the way he studied his accent, he nailed it."

Your going to right around home plate?

Steve confirmed saying, "Right around home plate, we are going to have it right here and Ray's all about, not just about baseball. it's beyond the white lines of the field. So I know we are here on the stadium. it's on first time on a stadium to do this play"