Ahead of Merger, Golfers from All Three Wilkes-Barre High Schools Tee off Together

WILKES-BARRE, Pa. — There are a lot of mixed emotions about combining GAR, Coughlin, and Meyers High Schools in Wilkes-Barre into one. No matter where you... 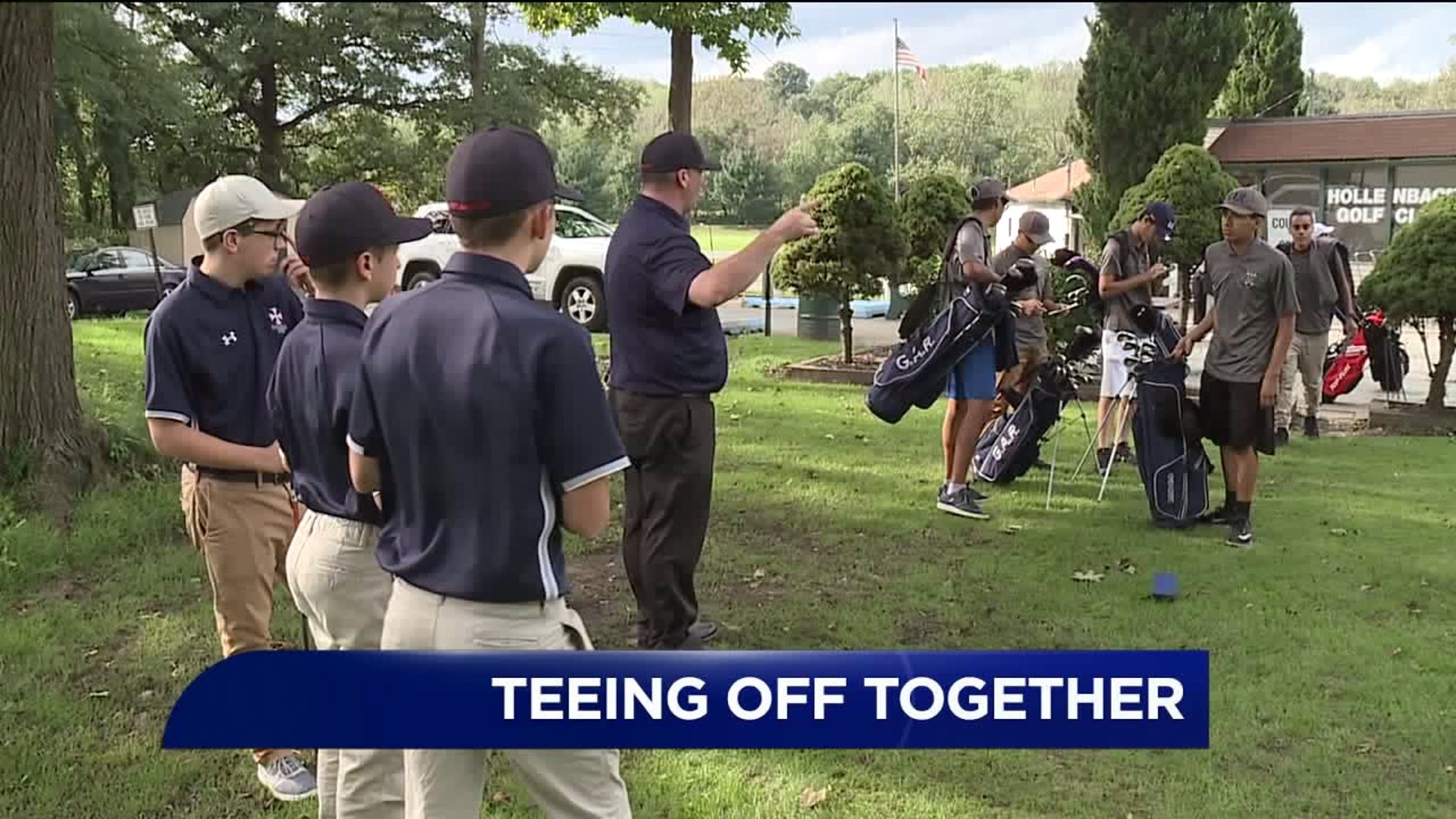 WILKES-BARRE, Pa. -- There are a lot of mixed emotions about combining GAR, Coughlin, and Meyers High Schools in Wilkes-Barre into one. No matter where you stand, students will have to play on the same sports teams together next year.

On Wednesday, varsity golfers had a nice icebreaker at Hollenback Golf Course.

TEEING OFF TOGETHER 🏌️‍♂️ Varsity golfers from GAR, Meyers, and Coughlin are melting away their rivalries before the three schools merge sports next year! They’re all playing mixed matches at Hollenback Golf Course. Why this meant so much to students tonight on @WNEP 📺 pic.twitter.com/NBjUlVsoOf

Students from GAR, Coughlin, and Meyers had their last match of the season against each other as a way to get to know one another.

“I’m excited because this is nothing we've ever done before, and it's against all three schools. You know, we have that rivalry aspect of it, but it's sad this is going to be the last time we'll ever be able to do this,” Coughlin High School junior Michael Grubeck said.

Golfers played to win for their individual school. However, they were on the green in mixed groups with students from each school.

Coughlin Golf Coach Sean McLaughlin came up with the idea for the match.

“They're all going to be playing together. Some of them don't know each other or haven't played together because Coughlin doesn't play Meyers or GAR, so I just thought it'd be a great opportunity for them to get together,” McLaughlin said.

Hollenback is actually home turf for students at GAR and Meyers, but kids at Coughlin weren't worried about a competitive advantage.

“We know it pretty well. We know where all the flooded patches are, so we know how to avoid them,” GAR High School senior Helen Campbell said.

It didn’t take long for students to warm up to one another on the green.

“It was kind of nice to meet some other people from in the district. I thought I knew a lot of people before, but now I'm meeting more people, and it's pretty cool,” Meyers High School senior Alex Sliker said.

In the end, Coughlin took home the trophy. However, all the students walked away with new friends and soon-to-be teammates.

“We're all like, automatically friends. It's weird but at the same time, it's good,” Grubeck said.

Even though the sports teams will combine next year, the new high school in the Wilkes-Barre Area School District is scheduled to open in 2022.