Three seasons ago, Aaron Judge was power hitting prospect with the Scranton Wilkes-Barre RailRiders.   But, Judge shortly became one of the feared hitters in ML... 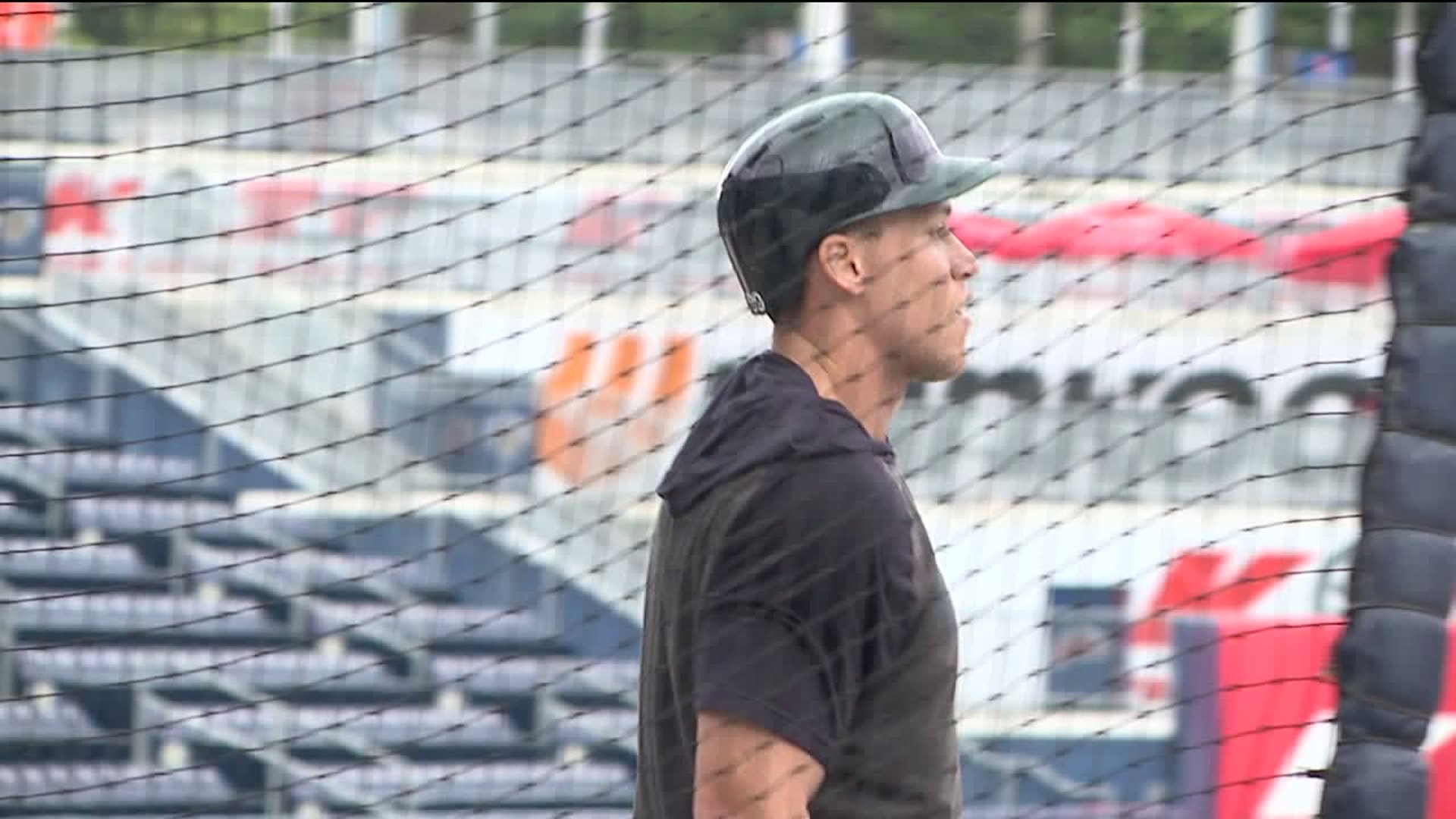 Three seasons ago, Aaron Judge was power hitting prospect with the Scranton Wilkes-Barre RailRiders.   But, Judge shortly became one of the feared hitters in MLB, smashing 52 Home Runs, winning Rookie of the Year Honors and finishing second in the MVP voting.   The last 11 months, the outfielder has been felled with a broken bone in his wrist and an oblique pull.   The 27 year old is expected to finish the week rehabbing with the SWB RailRiders before getting back to New York.

"No, I am good." began Judge. Good to be back in Scranton getting a chance to play in front of these fans again. To be part of this winning club we have here, but looking forward to be back playing some games and get back to New York>" Aaron concluded.

Jim Coles asked, "Is there any one aspect of it where oblique comes into play a little more, a checked swing, swinging the bat or just anywhere in the field for that matter."

The biggest thing is just taking a full swing more comfortably. As far as a checked swing, we did a couple of them in Durham and no problem, no setbacks." the outfielder replied "Just getting ready, ready to roll...just get a couple of nine innings in the field here the next few days and be back to New York." said Judge.
"When your not seeing professional pitches pitch for two months it's...Just like spring training again." admitted the slugger.
"You know, nobody is hitting 1.000 in spring training . I'm not really too worried about results right now, too . I might go 0-4 the next two days, it don't matter as long as I am feeling comfortable in the box and I am recognizing pitches I'm good." the 27 year old said.
"I'm talking to everybody. Everybody's got questions . I love talking baseball with anybody." chirped Judge. "These guys, this is a major league team here. All the guys that were called up, they're major league ready and it's shown with the guys we already called up and contributed to our team, we've been hurt. So this is fun group of players to be around. It makes it fun to come to the ballpark." said Aaron with a smile.

'I just remember playing here in Scranton, the fans, Yankee fans they travel well and I always love the support and I can't wait to see how many fans come out to PNC tonight." Judge confirmed.