Bob Hegedty built the program at Tunkhannock with defense, execution, and a little power. The senior class with 75 wins in four years. A trip to the state final... 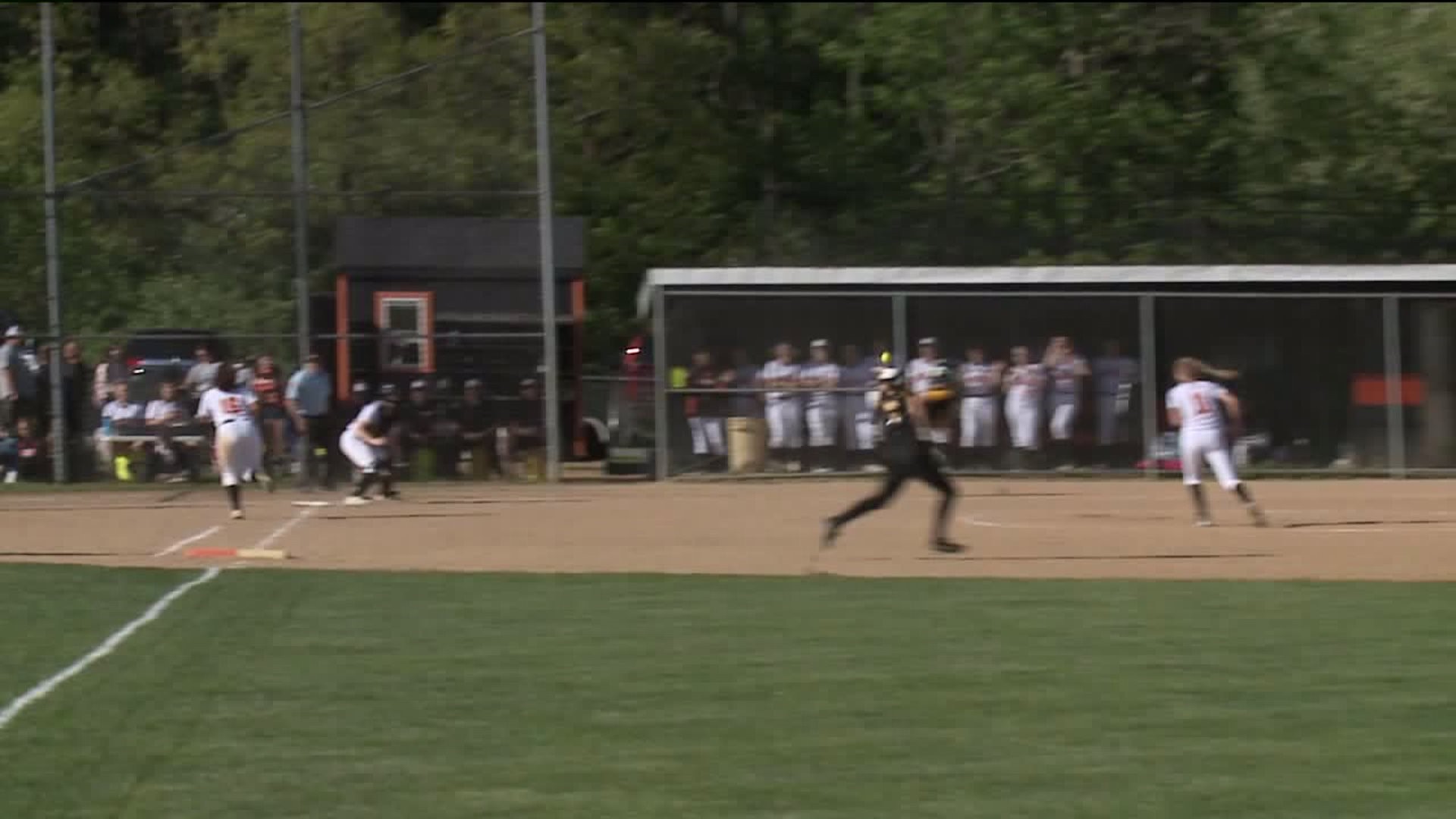 Bob Hegedty built the program at Tunkhannock with defense, execution, and a little power.

The senior class with 75 wins in four years. A trip to the state final in 2017, and two pitchers Hope Jones and Kendra Schultz combining to strike out 700 batters.

The Lady Tigers are tough, tenacious and great teammates.

"They set the tone in the classroom. I think all of them are on the National Honor Society. They area all great students. They are all good kids," said Bob.

"Our seniors have been together since I think like 7th grade all of us. And we have just been bonding so much throughout this whole time that we are just like tight," said Jena.

There will be some college softball in the future for some of these Lady Tigers. The Jones twins will head to IUP, Hailey Farr to Lock Haven, Jena Simmons to Misericordia and Erin Dunn will play at Keystone.

"Like Jena said we have been playing together forever, and we really want to finish on a high note back at State College. So we are really just trying to have fun these last few games. You really never know when it's going to be the end, so we are just enjoying it as it goes," said Hope Jones.

"You have your best friends on the team, but what her and I have is something special, and I like playing with her so," said Faith Jones.

They don't like to talk about stats much, but six different batters have over 20 hits each. This team hasn't lost a game in Pennsylvania since April 1st.

"What has this senior class meant to the program and to you personally? They've been huge. It's going to be sad to see them go at the end of the year. They've brought this program a long ways," again said Bob.