A Couple of Dirt Bike Racers: Couple Both Racing in 24 Hour Challenge

On his dirt bike, Ryan Francis can fly. The 25-year-old has won multiple state titles in off-road motorcycle racing, just like his fiancee. Samantha Bird is one... 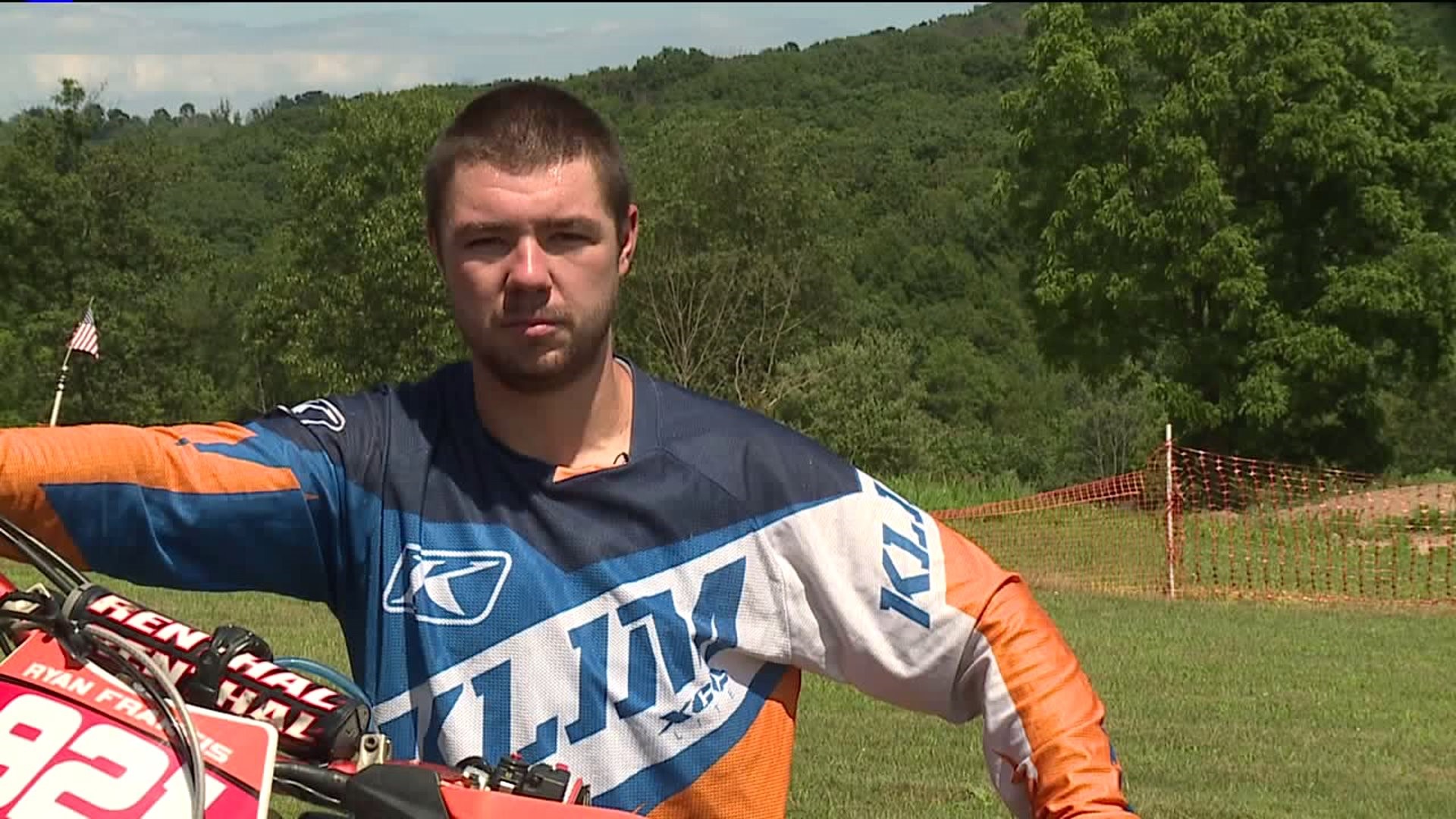 On his dirt bike, Ryan Francis can fly. The 25-year-old has won multiple state titles in off-road motorcycle racing, just like his fiancee. Samantha Bird is one better. This 25-year-old is a national champion, in a sport that this couple from Old Forge has bonded over.

"I'm really happy that I found someone with similar interests and it all worked out like this," Francis said. "I couldn't ask for a better person and situation."

"If he has a good race or if I have a good race, we kind of vibe off each other's energy," Bird added. "It's fun knowing that you get to live and be with someone that just did the same torturous thing as you."

Nothing is more torturous than what the couple is taking on this weekend. It's called the Northeast 24 Hour Challenge at Tall Pines ATV Park in Upstate New York and it's just what the name suggests - a 24 hour race. Only stops? Gas, food and the restroom. Francis is your defending champion in the Ironman division. Bird won with a team last year, but this time around, she's flying solo, in the Ironwoman division.

"Very mentally exhausting," Francis explained. "The physical sometimes doesn't seem as important because you just kind of got to stay with your wits and just keep going."

"Doing it solo like Ryan did last year, I don't know what to expect.," Bird said. "I'm just trying to use every little bit of my fitness that I've been training for and I'm hoping I can put together one, good 24 hours."

Bird and Francis train at Evansville Motocross Park in Berwick, but the track isn't just their main sponsor, it's their wedding venue. The couple is getting married in the property's barn, this September."

"We're very unique," Bird explained. "My bridesmaid dresses actually match my graphics. Since this is such a huge part of our life, it's almost like 'why not?'"

"We both love racing motorcycles," Francis added. "We actually race with a Chaplain, who will be coming here to marry us. It's always been one of my favorite tracks and to add that to the list of good things that have happened here, it'll definitely be very special."