It’s the 5th annual Andrew Kettel basketball camp. Kindergarten to 3rd grade go in the mornings while the 4th to 9th graders fill the afternoon for four d... 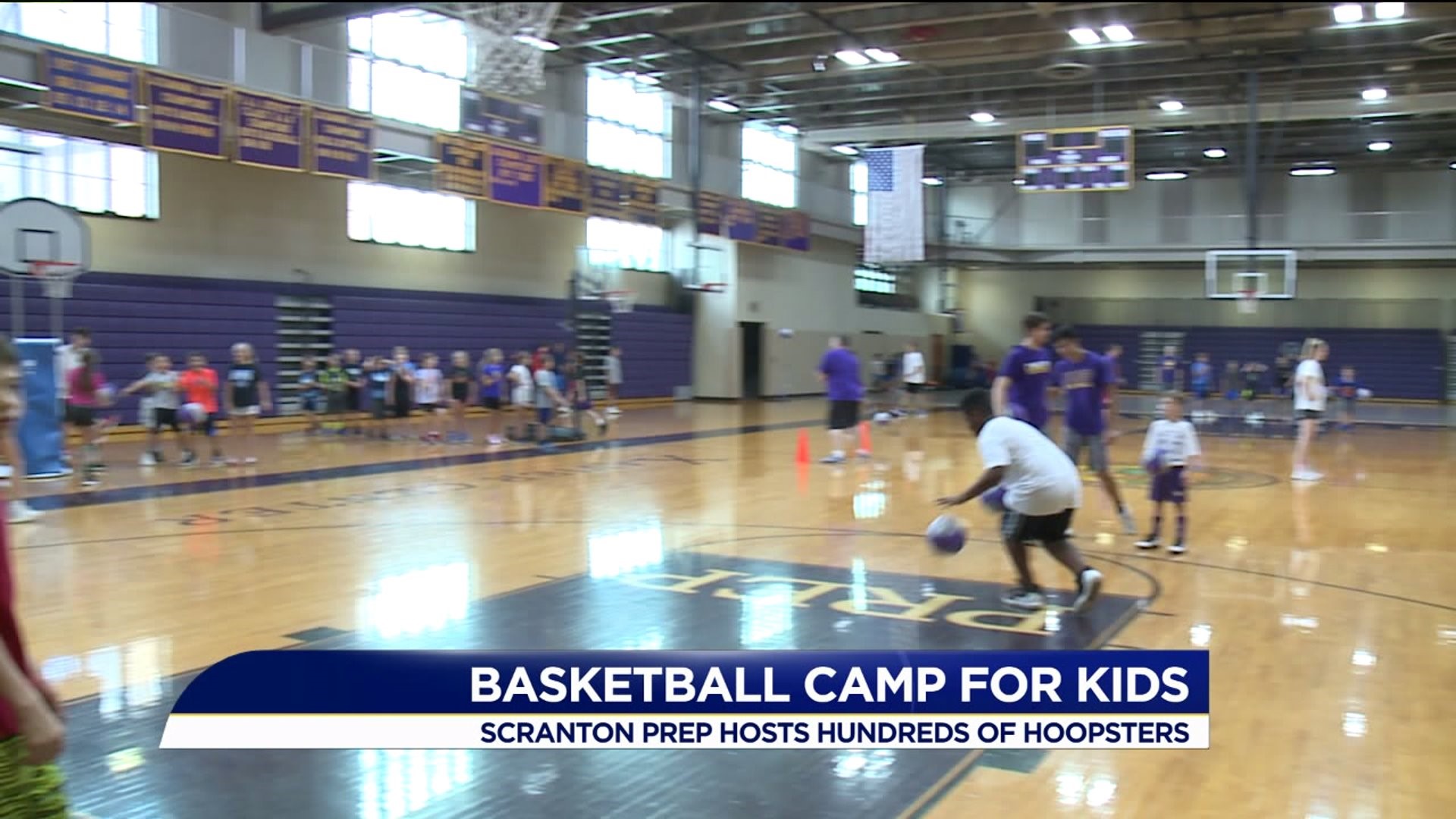 It's the 5th annual Andrew Kettel basketball camp. Kindergarten to 3rd grade go in the mornings while the 4th to 9th graders fill the afternoon for four days inside Scranton Prep.

It's fun and fundamentals from the Cavaliers head coach.

"So there's so many games and games are great. Everyone loves playing games, but we try to focus on fundamentals as much as possible. We do station work. We do ball handling and we do shooting, footwork, passing any kind of fundamentals that we can work with the kids," said Andrew Kettel.

Kids hit it with the crossover and some creativity. The channel 16 jingle "Everywhere" even at camp.

"Like other camps sometimes I really don't learn much but here I learned a lot. I learned different drills that I can do at home," said Etta Thomas.

"Because it's fun and I learned all sorts of stuff here and it's a great camp," said Kevin Hayes.

"It's pretty fun. It's really intense. Like I went to Marywood and it was actually pretty cool. Marywood is OK but Prep is yeah," said Ronnie McKenna.

"We learn a lot like we do drills and we learn how to bounce a ball and do practices. are you making some new friends too? yeah," said Posie Shimko.

"I've learned a lot more ball handling. I got better at shooting. I could shoot better at mid range shots and it's a lot of fun," said Tybom Ash.

"Coach Kettel is a really nice person and he teaches us all new stuff and he's just really nice," said Mallory Poremba

A lot of the Scranton Prep players are here this week acting as counselors. We talked to a few of them about the NBA frenzy in free agency.

"I think the Clippers made it out well because they achieved two All-Stars in Paul George and Kawhi Leonard. I think possibly the best duo in the NBA and second Lebron and Anthony Davis," said Jordan Johnson.

"Honest I think the Los Angeles Lakers did what they did. I think the Nets with Kevin Durant and Kyrie Irving and the Warriors when Clay comes back they are going to have three splash brothers now," said Nico Paoli.