Vince Fedor is always on the go. “You guys will go in lane five,” said Vince. Pre-race might be his busiest time. “He wasn’t supposed to... 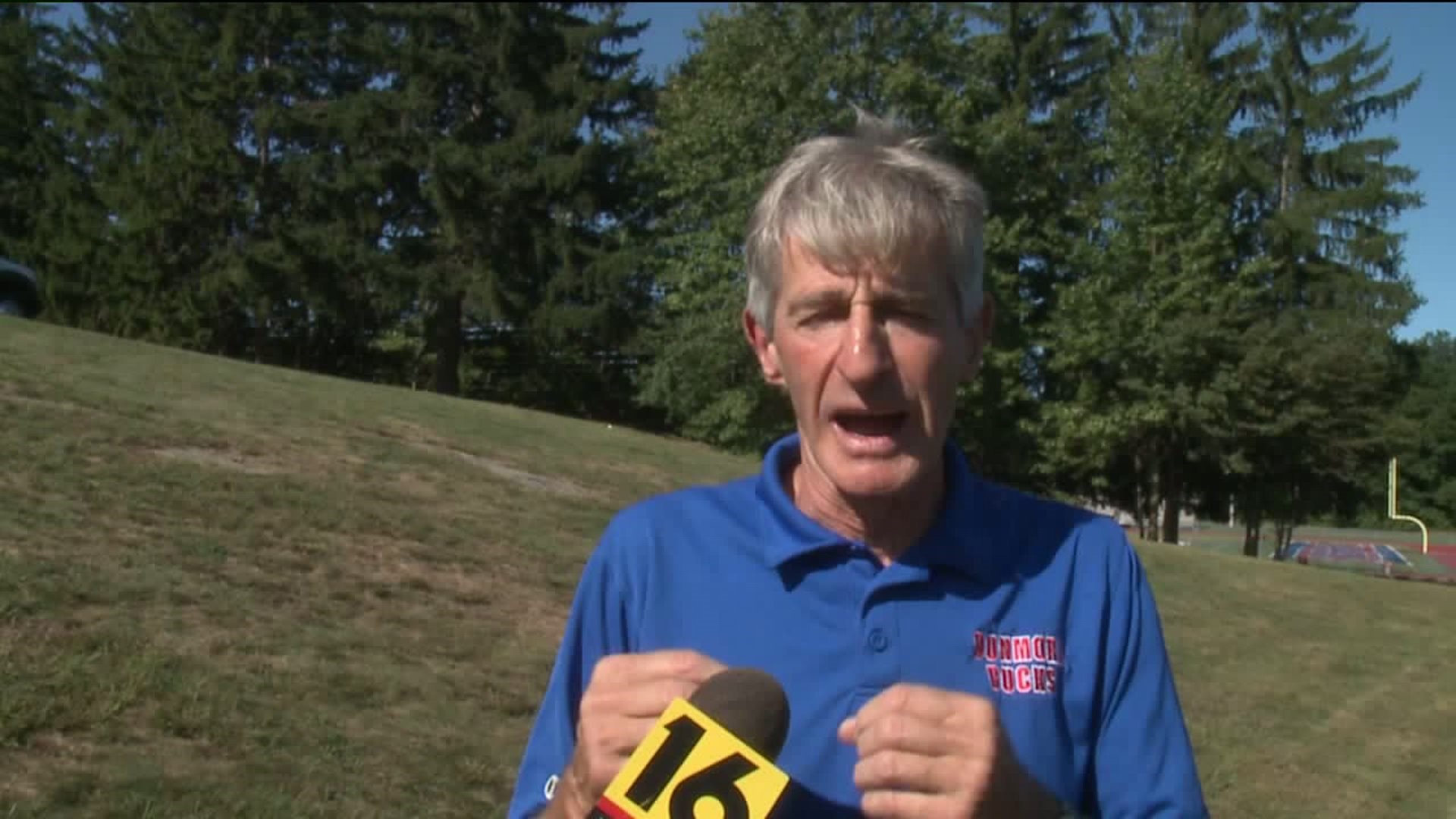 Vince Fedor is always on the go.

"You guys will go in lane five," said Vince.

"We need to guide the junior high in," again said Vince.

"Right now you start here and go to the right of the goal posts," added Vince.

And a walk through.

A ritual Fedor has followed the last 50 years at Dunmore as their head cross country coach.

"Put 50 years in perspective? It just flew. You turn around and you can't believe that it's going to happen, and I even look for retirement but I didn't want to retire, and all of a sudden it was here and you just did it. And 50 years was here and it's gone," said Vince.

Coach Fedor is 74 years old now and in very good health, and retired in 2004 after teaching elementary for 35 years, and really doesn't see an end in sight anytime soon as the Dunmore cross country coach.

"I love what I'm doing. I can still do it. I have a great relationship with the kids I think. We all get along. We have fun the whole season, and I am truly enjoying it and that's why I am hanging in here," added Vince.

"It's just amazing because I have been doing cross country for six years, and he has taught me so many things about life and running and he is just a great person overall,' said Katie Hilson.

"He has like great life lessons.He sends e-mails with inspirations everyday pretty much," said Suleiman Qarmout.

"What does running mean as far as health for these kids and kind of out here and enjoying the surroundings? One of the things is that I am still running. OK I know that it's been good for me for all these years and I think that my one goal is even if we don't win championships or get a top runner I think by the time that the kids get out of high-school they know what to do to be a runner and I am hoping my goal is that they would be runners for life," again said

Coach Fedor thanks the Dunmore administration, all the athlete's he's coached for the past five decades and his wife Judy for all their support. Steve Lloyd reporting for Newswatch 16 sports from Lackawanna County.