The sign says it all. “It’s one of the best on the east coast in our opinion. It is the best. We have beautiful grounds. We got good contestants. We... 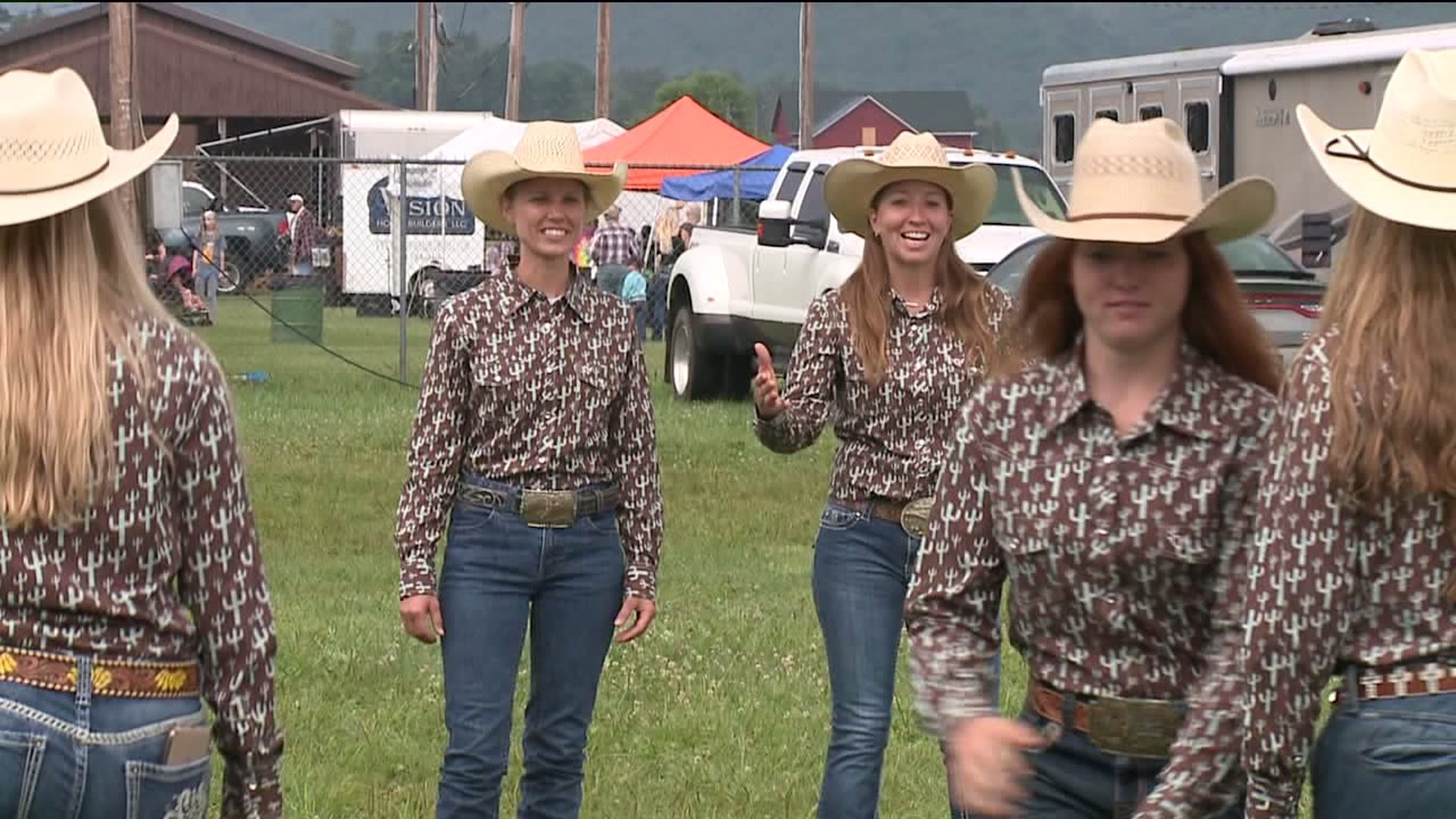 "It's one of the best on the east coast in our opinion. It is the best. We have beautiful grounds. We got good contestants.
We have good food. Everybody likes to come to Benton," said Mel Parks.

For 35 years the Frontier Days celebration kicks off with the Benton Rodeo in Columbia County.

Tuesday was the fun horse show, followed up by the 3d barrel race and three nights of championship rodeo. Mel Parks is the Benton rodeo chairman.

"What's special about it? It's unusual in some respects. There's several of them around and other one's in the state of Pennsylvania, but we are probably the biggest one," again said Mel.

"Fans have been coming to the Benton Rodeo since 1985 and this year's rodeo clown and entertainer is Keith Isley from North Carolina. He began in the business at the age of 15 and will finish out his rodeo tour this year.

"It's been a living for me. I've been at it for about 43 years now not clowning, but involved in rodeo for 43 years. I started out riding bulls and bucking horses and if I had continued with doing that I probably be homeless by now because I made absolutely no money doing that," said Keith.

The rodeo is all about community. Tanya Konopinski from Sweet Valley runs the Rodeo Chicks. a small group of local girl's under the age of 21 performing opening acts on horseback.

"There's 10 girl's and we have 8 girl's that compete every night in the rodeo. We do the opening ceremonies. We do about a three or four minute song of a pattern a drill team pattern," said Tanya.

"We go through the adrenaline and it kind of gets the crowd going, and it pumps us up and get everybody into the rodeo setting. It's really fun. It's exciting," said Summer Konopinski

"This is a well known rodeo around the area and other places, so when I go places I tell people that Benton Rodeo is a big association that we have around here and people are kind of interested in it," said Summer McWilliams.