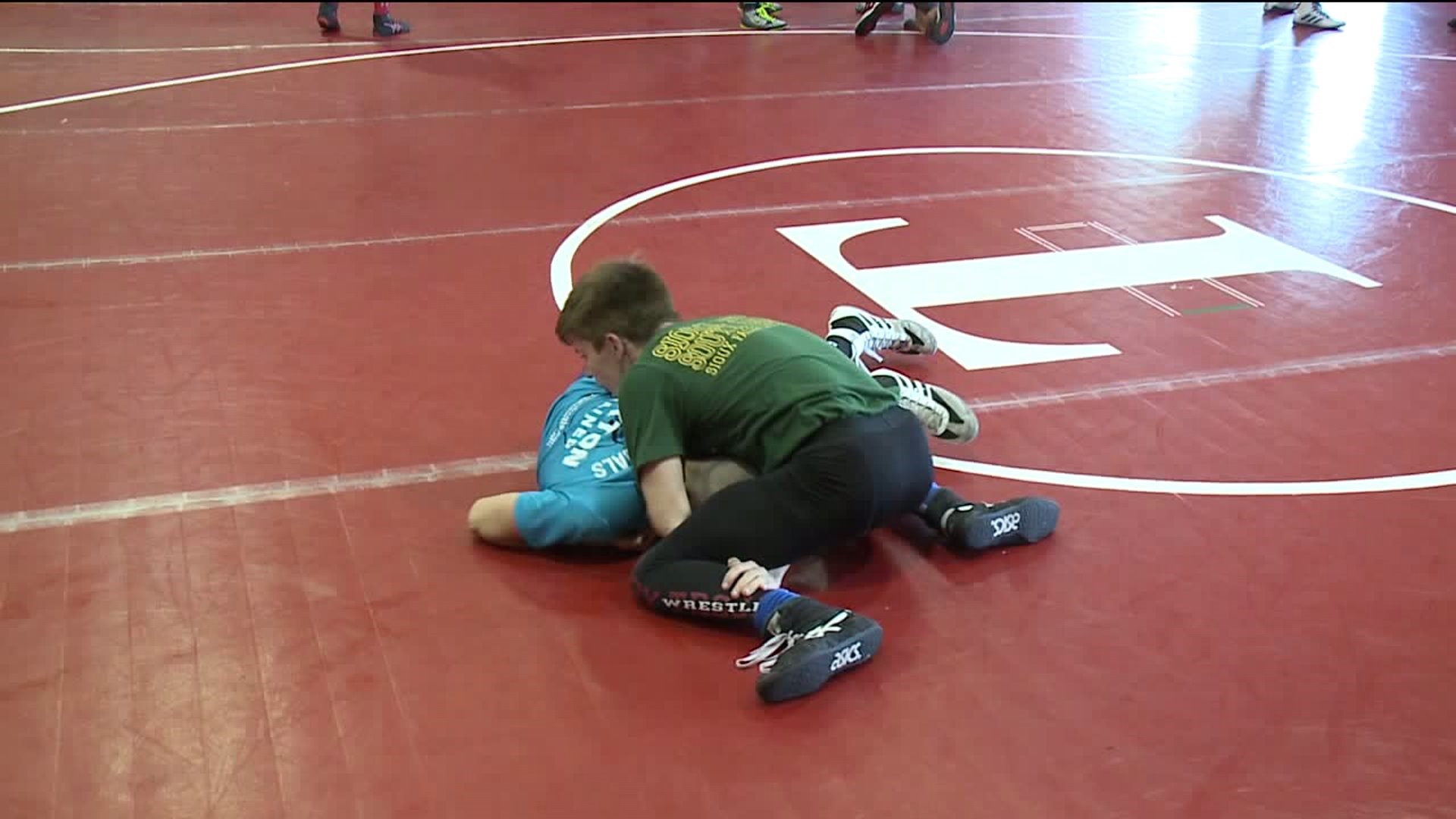 Gabe Dean the Two time NCAA Wrestling Champion from Cornell and Four time All-American spent Tuesday and Wednesday in the Northern Tier teaching the finer points of wrestling to about 50 kids at the second annual Canton wrestling camp.

"I try to cover all positions. It's four (2 1/2) sessions so we started on our feet yesterday. We are starting to get into some defense today. We will do some stuff on top and a little bit of bottom work and let them wrestle this afternoon," said Gabe.

Lyle Wesneski Canton's head wrestling coach has a son Garrett who just won a Division III National Title at Lycoming. Through his networking he was able to get Dean to come down to Bradford county.

"I just made a phone call one day and he called me back, and we started talking and he said let's make this work. And we worked out a deal and here it is," said Lyle.

The state champion Sheldon Seymour from Troy is here always improving and Timmy Ward from Canton who battled his cancer since last fall is back on the road to recovery. The Hodgkin's Lymphoma is behind him. His chemotherapy is over and the doctor's gave him the go to wrestle this winter.

"What is it like having him here? It's amazing. I mean he is a 2-time NCAA champ and three-time finalist. It's always amazing to have a guy at that next level just have that success and having him show his technique here," said Sheldon.

"I mean just having someone in that room with tons of experience and has wrestled at the next level is awesome, and just being able to learn from him and having him work with you is awesome," said Timmy.

Dean just signed a 3 year deal to be Cornell's top paid assistant coach. So he will certainly be down here in Pennsylvania conducting some recruiting.

"Pennsylvania I mean there are a couple of states at the top, but Pennsylvania is a whole other level and kind of every states goal is to get the depth that Pennsylvania has. I mean every year you see kids that don't even win Pennsylvania state titles, but then they come into college and they end up being in the national finals and even win national titles. It's an unbelievable state and it's the standard for the rest of the country," again said Gabe.