The Nittany Lions and Wildcats are two teams that know how to pounce. For Kentucky it all starts with Linebacker Josh Allen a projected first round pick whose t... 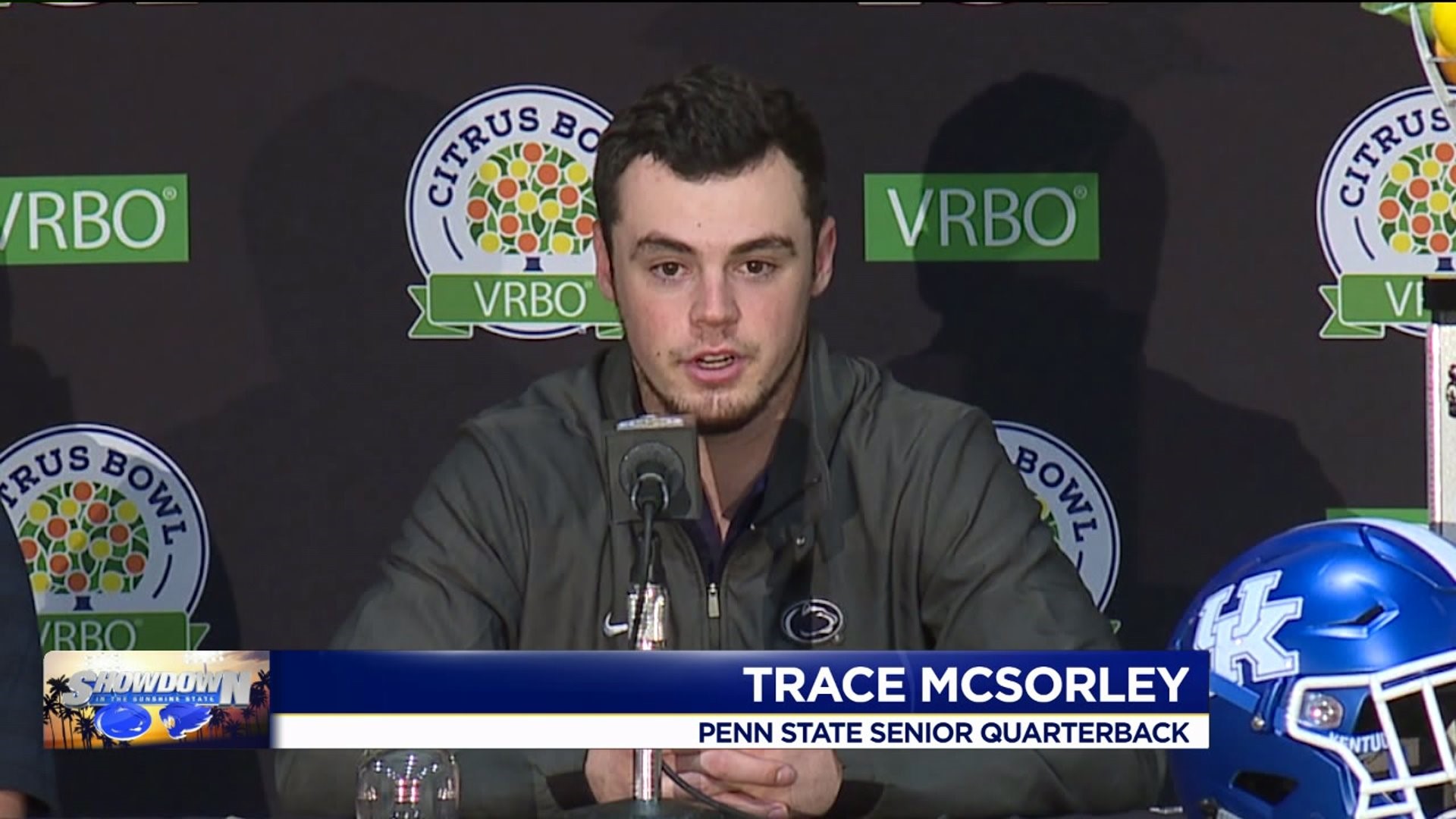 The Nittany Lions and Wildcats are two teams that know how to pounce. For Kentucky it all starts with Linebacker Josh Allen a projected first round pick whose top of mind for Penn State.

"All those people who, you know, are projecting him as a high first round draft pick, I would echo that. I mean, I've coached against Von Miller and some of those guys and he's right up there with what those guys," said Ricky Rahne-Penn State Offensive Coordinator.

"You definitely do have to have an awareness of a guy like him, not only because of what he can do in the pass rush, but he's extremely good at getting in and getting strips back and attacking the ball," said Trace McSorley.

But that respect is mutual. What do Allen and the Wildcats think of McSorley?

"A winner, a guy that just consistently finds a way to win. He prolongs downs. He can throw the ball vertically down the field," said Matt House-Kentucky Defensive Coordinator.

"I feel like he's a great mobile quarterback. He knows how to get out the pocket when he feels pressure. So we’ve got to do a good job containing the rush and get home," said Josh Allen-Kentucky Senior Linebacker.

Something the Penn State defense does better than anyone. Top five in the nation in both sacks and tackles for loss and Kentucky is well-aware.

"They're good at controlling the run, stopping the run, as well as their front, No. 99, No. 48, those guys go. I know the whole defense swarms so they're going to come after it," said Benny Snell, Jr.-Kentucky Junior Running Back.

And they will be coming after him. Benny Snell Junior is averaging a tough 109 yards rushing per game.

"He's very patient. He's a four quarter back. He runs very hard. He's physical. You know, he punishes would be tacklers. So we know it's going to be a four quarter battle with him and we've got to be physical in-game tackle and it's going to take a united effort to slow him down," said Brent Pry-Penn State Defensive Coordinator.