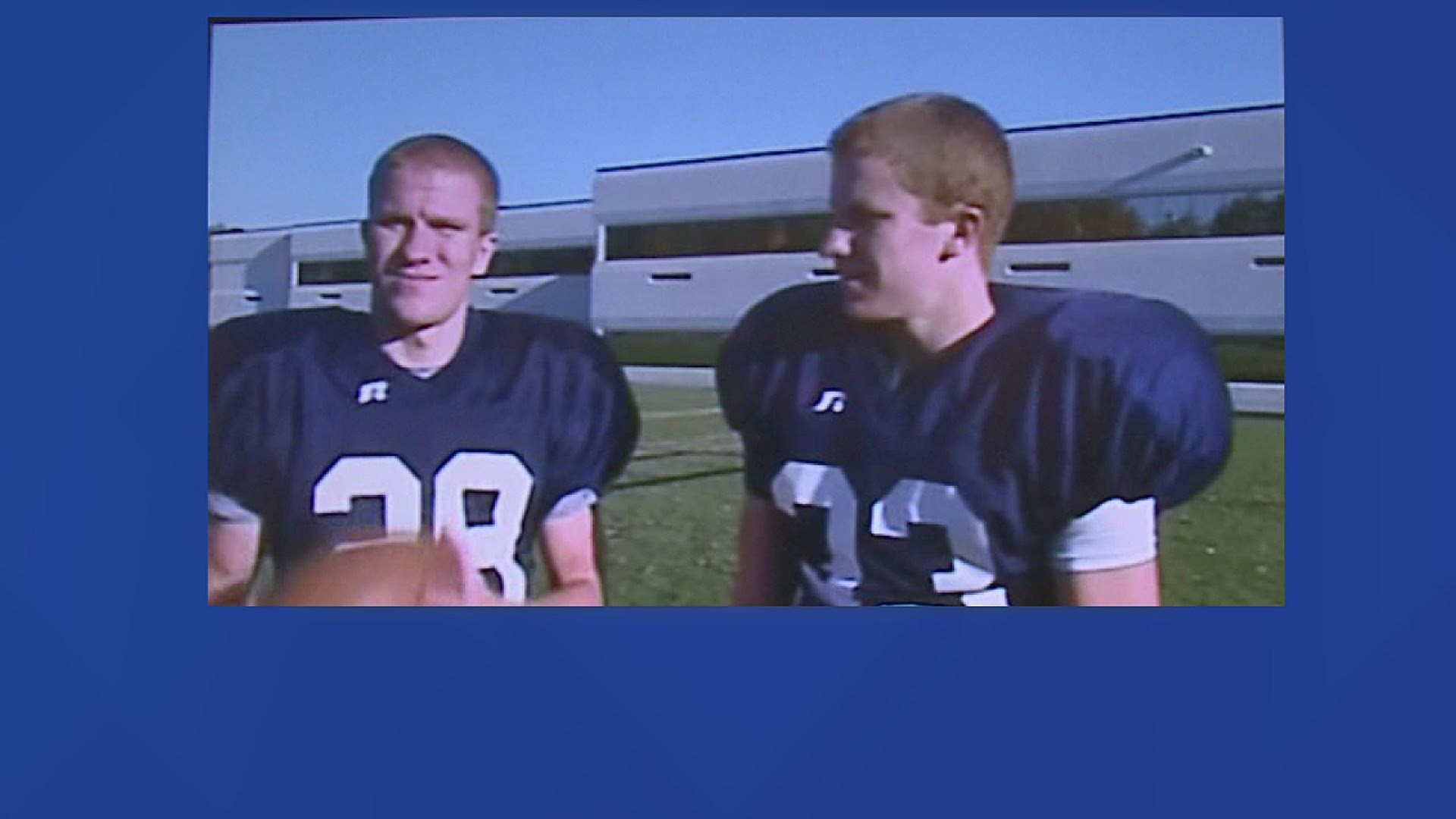 CLARKS SUMMIT, Pa. — Paul on the left was born 30 minutes before identical twin Eric on the right. Since then they have shared almost every life experience together including playing the game of football.

On offense Eric has wowed some big crowds this season with some of his spectacular runs, and on defense he occupies on corner spot while Paul patrols the other. It's a double team on defense for the Ofcharsky's.

"It's great to share with him, but we are both our biggest critics. So he always has me if I do something wrong and I am always on him if he does something wrong," said Eric.

You always hear about the passion and the love for the game of football from the coaches and the players but for Eric and Paul that passion is genuine. As freshman they went to Coach Repshis requested if they could buy all 11 DVD's from the seniors that year. They went into the cafeteria later and broke down the film offensively and defensively and presented the results to Coach Repshis.

"We wanted to scout and see what we we're up against for the upcoming year and see what other teams had ready and planned and then it all went into the weight room really," again said Eric.

"In the weight room and the community and the classroom they worked extremely hard. Nothing that they have done to this point  has come by chance it's all through hard work, dedication and commitment to the program. Eric right now is the one that is getting his name in the paper and the headlines and playing the position that he does scoring touchdowns. But Paul has done a great job for us on defense at corner and plays special teams. He is a great kid who doesn't get his name in the box score all that often,  but does a great job and solid kid and very reliable and hard worker," said Joe.

"He's gotten you guys a few times? He hasn't been too bad but kind of confusing you once in a while? Yeah he is getting better at it as the years go on. He still mixes up a little bit but everyone does even our parents," again said Paul.

It's all in the numbers telling these two apart. A dandy duo and a good sale two for one.