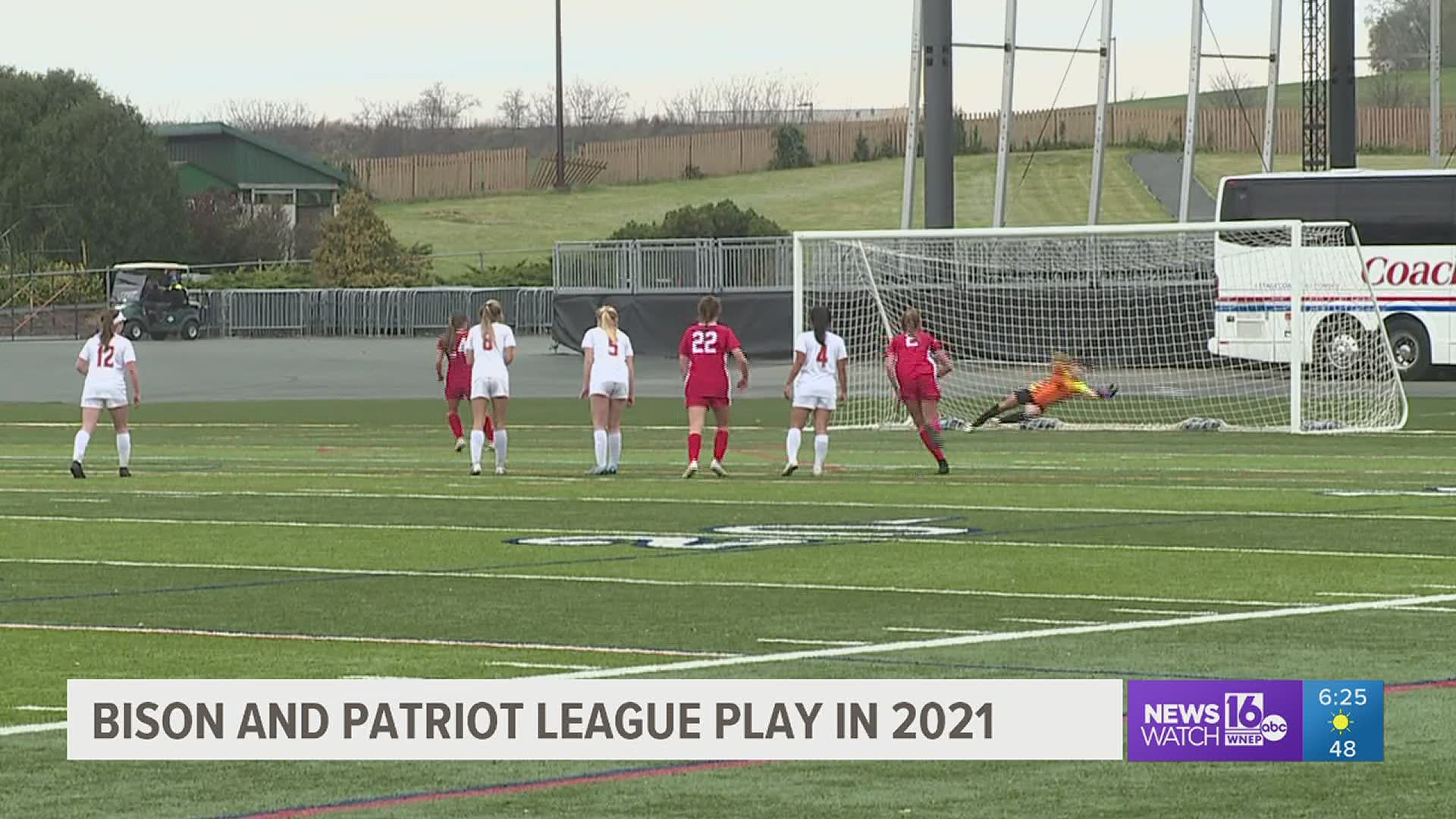 BLOOMSBURG, Pa. — The Bloomsburg Panthers finished (23-1) this season in girl's soccer. Forward Paige Temple a big part of that success connecting on a school record 90 goals in her career. The last one the most important. A penalty kick in the state final to beat North Catholic and win the "AA" state championship 1-0.

"It was the best feeling because I knew that everyone was relying on me, and I had to just take a deep breath and take the shot.  And to pull through for my team means everything to me because they do so much to support me, and support everyone. We always have each other's backs," said Paige.

Temple most recently named to the United Soccer Coaches All-region East team and her next stop stays here in the East she will play at Bucknell University in the fall.

There is a lot of hardware on the wall here at Bloomsburg and Paige was part of the district championship girl's basketball season a year ago in "AAA". Not only is she good at soccer she is good at girl's basketball making her a dual sport athlete.

"Now that we are in basketball season it's definitely switched over. We are ready. We want to play. We want to get out there and work hard. We practiced this morning at 5:45AM like we are ready to go and we want to win another district title," again said Paige.

RELATED: Bloomsburg Panthers Girl's Soccer Ranked Near The Top In "AA" With (13-0) Record

It was an entire team effort this season to win it all. Goalkeeper Abbey Gerasimoff her save numbers went from 31 goals allowed to only 7 while Temple doubled up in the scoring column 42 goals this season for the senior.

"It makes you more motivated to win because everyone has your back, and the community too so it really is a good feeling coming home and feeling welcome," said Paige.

The Bison are getting a bona fide star while the Temple at Bloom sits on top at least for a while.