Ron Insinger and his 1,041 career wins begins his 47th season at Loyalsock Township 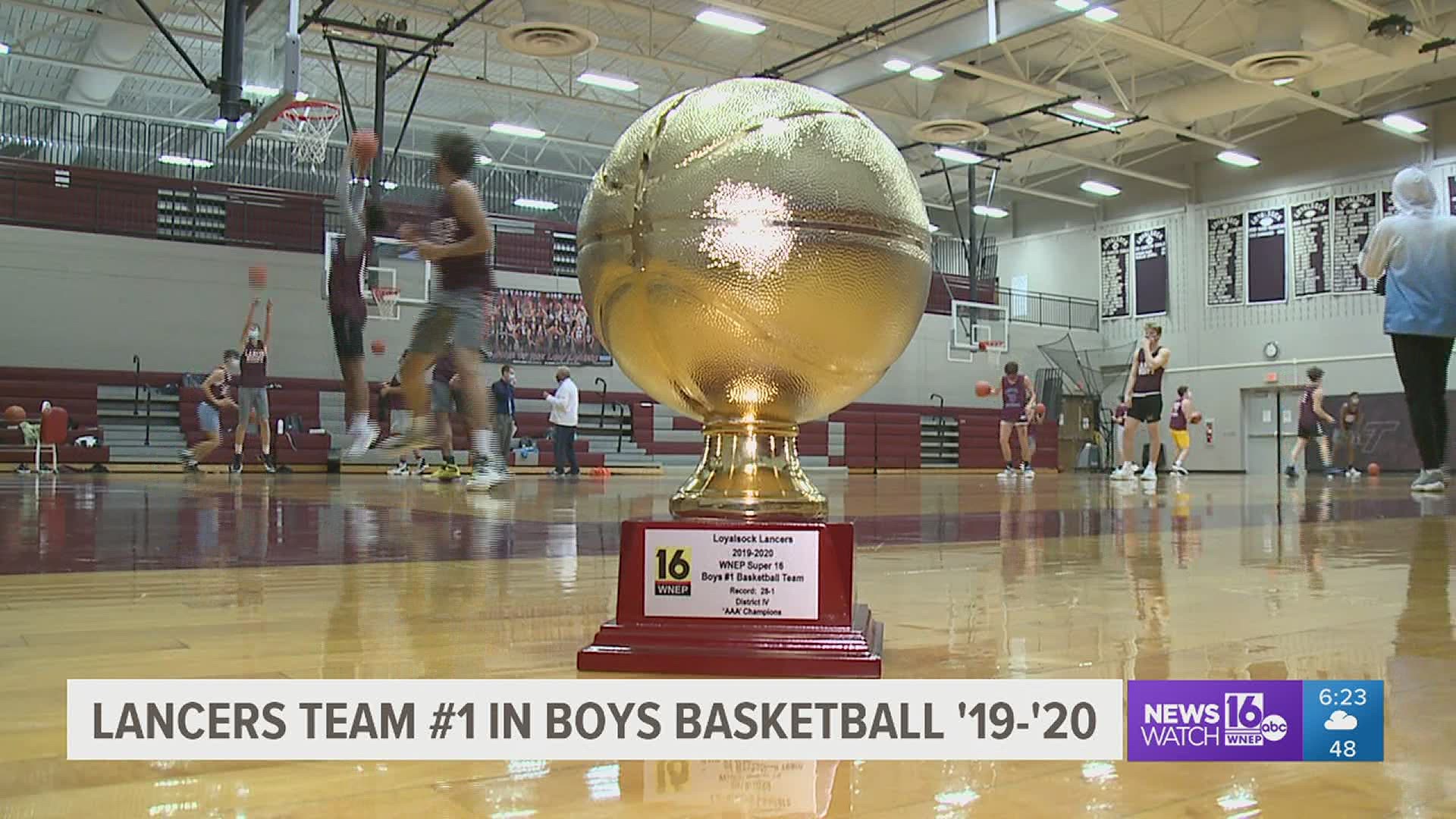 LYCOMING COUNTY, Pa. — The Super 16 #1 trophy for the boy's basketball season has arrived here finally here in Loyalsock. It ended in 2019-2020 the Lancers going (28-1). They couldn't finish but they are glad to have this trophy and CI hopes this team can back to that same level and win this trophy once again.

"On behalf of the Loyalsock School District we thank you for this and we are so grateful that you considered us as being a top team and we accept this with a lot of pride," said Ron Insinger.

The theme this season is unfinished business. The itinerary for each Lancer basketball practice is posted on the wall inside the gym. It contains quotes the players must remember during practice, and an emphasis of the day. If you don't have an answer the team runs.

"It's nice to see that because last year we we're really underrated. Then we came out and we surprised a lot of people with how many times that we won and the teams that we played. So it is really nice to see that trophy," said Idris Ali.

"I am a firm believer that a team goes as far as the senior leadership takes them. And when you have smart kids on the court it's like having an additional coach or two out there," added Ron.

Loyalsock's last game was March 11th a thrilling 66-65 win over Camp Hill. The game winning "3" coming in the final seconds. The Lancers three wins shy of a "3A" state title but never getting to play again due to the shutdown from the COVID-19 pandemic.

"We had a lot of seniors on the team last year and we are really looking to fill their spots this year. They had great leadership. We had fantastic players on the team that went to play college," said Dominic Jennings.

"Obviously we want to follow in their footsteps, because it was a great year last year but we didn't get a chance to finish it. So hopefully we get a good season with everything and everything with COVID. But we had a good season and I think that we will have a very good year," said Sean Jensen.

RELATED: Gair Leads No. 1 Loyalsock to 77-63 Win over Montoursville on WNEP2

Insinger begins his 47th season as the boy's coach at Loyalsock amassing 961 career wins. Add in the 80 from the girl's program that he coached here and Insinger is well over 1,000 in his career.