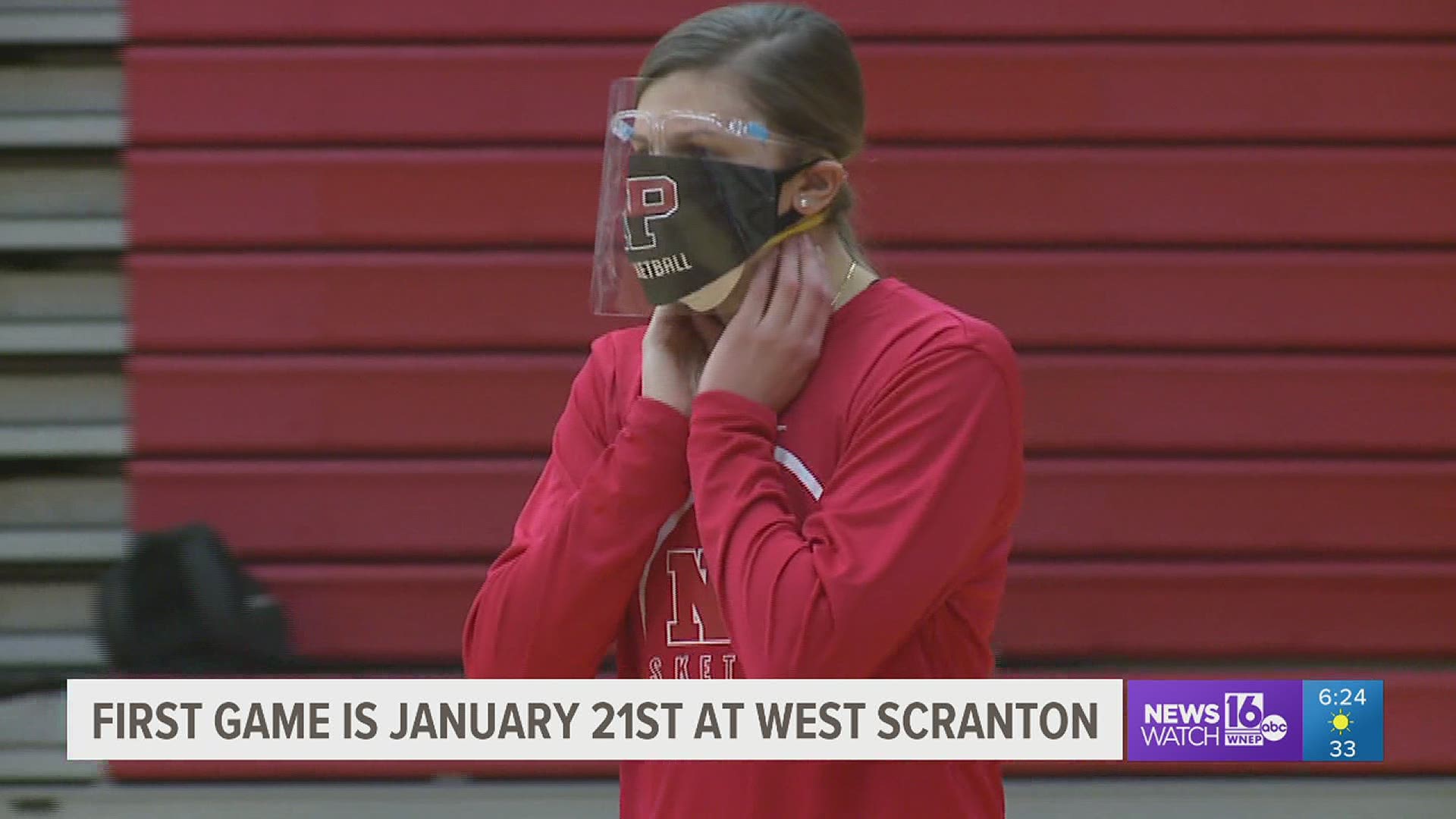 MOSCOW, Pa. — Lauren Carra was named the new head coach of the North Pocono girl's basketball team in October. January 7th she coached her first practice with the team.

"It's really exciting to be back in the area knowing the competition and the level that is here and the excitement around girl's basketball and how much it is growing. It's an exciting time to be back," said Lauren.

A 2,000 point scorer in high-school Carra played at Dunmore for the Lady Bucks. She is best known for playing for Tina Martin at Delaware and teammates with Elena Delle Donne back in 2012 and 2013 where Elena led the country in scoring her junior year with 28 PPG.

"I couldn't of asked for a better career both at Dunmore and the University of Delaware, and then to play with a future MVP of the WNBA. I learned so much playing under Elena, and not just on the court but off the court her personality, her work ethic. It was really amazing just to be around her," again said Lauren.

Lauren wants to bring that winning attitude as a head coach here to North Pocono. In her playing days at Dunmore she won 4 district titles and her last season at Delaware she made it to the NCAA Sweet 16.

"Dunmore it was incredible experience at Dunmore under both Coach Macciocco and Coach O'Brien and that got the ball rolling at Dunmore. And the talent there that just keeps coming up through the pipeline of biddie basketball is really incredible. It's amazing to see what the 9 square miles of Dunmore is capable of doing,and how great and how special Coach O'Brien is to that program," again said Lauren.

RELATED: Olympians Turn To A New Leader For The 2021 Season

Familiar with the Lackawanna League Carra will have a shortened time to get familiar with her team in this abbreviated 2021 season.