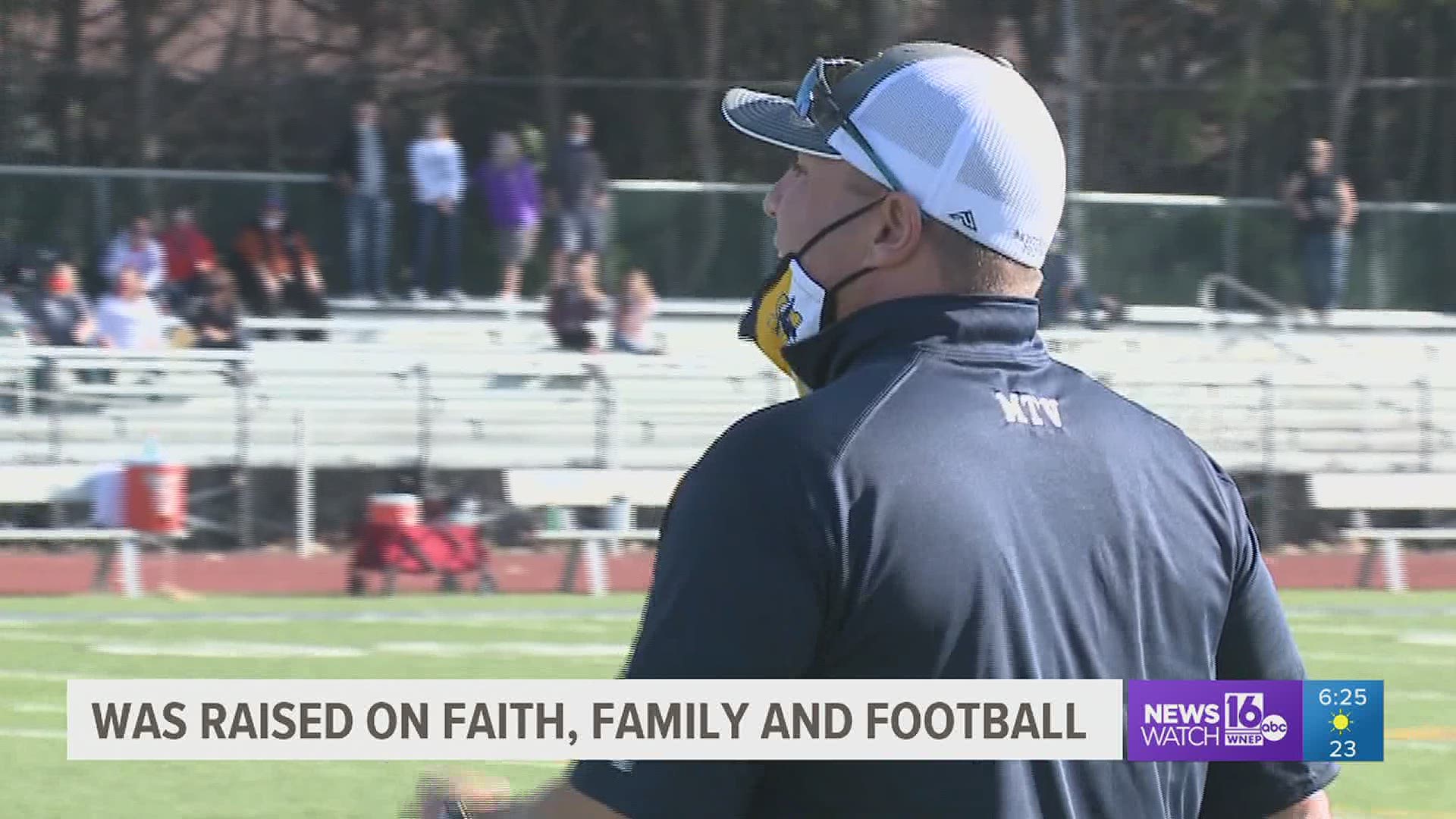 SCRANTON, Pa. — After 8 seasons as the head coach of the Blue Mountain football team Cory Mabry has resigned from his position citing personal reasons and a desire to spend more time with his family.

"My daughter had her first baby back in May so I am a grandfather of a beautiful little boy Nolan, so it makes you think and for me step back and realize the pros of being around my family out weighs the pros of putting all my time and effort into football," said Cory.

The middle years we're the best at Blue Mountain. Teams racking up 28 wins with only 6 losses over a three year period.

"My daughter was in a wedding and her good friend was getting married and she was marrying one of my ex-football players, and within about a half an hour we had 10-15 guys sitting around talking about how good the '14 team was, and better than the '16 team, better than the '15 team because they we're all there. So it was neat to see those kids and to talk. Young men all professionals now doing very well for themselves," added Cory.

And at Montoursville after a 10-year run Head Coach JC Keefer resigns- a great run for the Warrior coach.  A highlight moment defeating Southern Columbia in Catawissa in the District IV semi-finals behind the arm of quarterback Bryson Mussina, and he did get into the state playoffs but losses to Scranton Prep, Wyoming Area and Wyomissing along the way.

"It has kind of been a perfect storm. Everything has worked out perfectly. I have had a smile on my face for months throughout this season and after this season everything just felt so right," said JC.

Keefer also talked about spending more time with his wife and kids and was raised to appreciate your faith, family and football.

"My players have been kind of anticipating it. I still teach in Montoursville so I will still see these kids on a daily basis and that is important to me. I couldn't be happier with the decision and where me, myself, and my family are sitting personally and where Montoursville football and that family of mine is sitting as well," added JC.

Recently the Montoursville school board approved the hiring of Mike Boughton to be the Warriors next head coach.