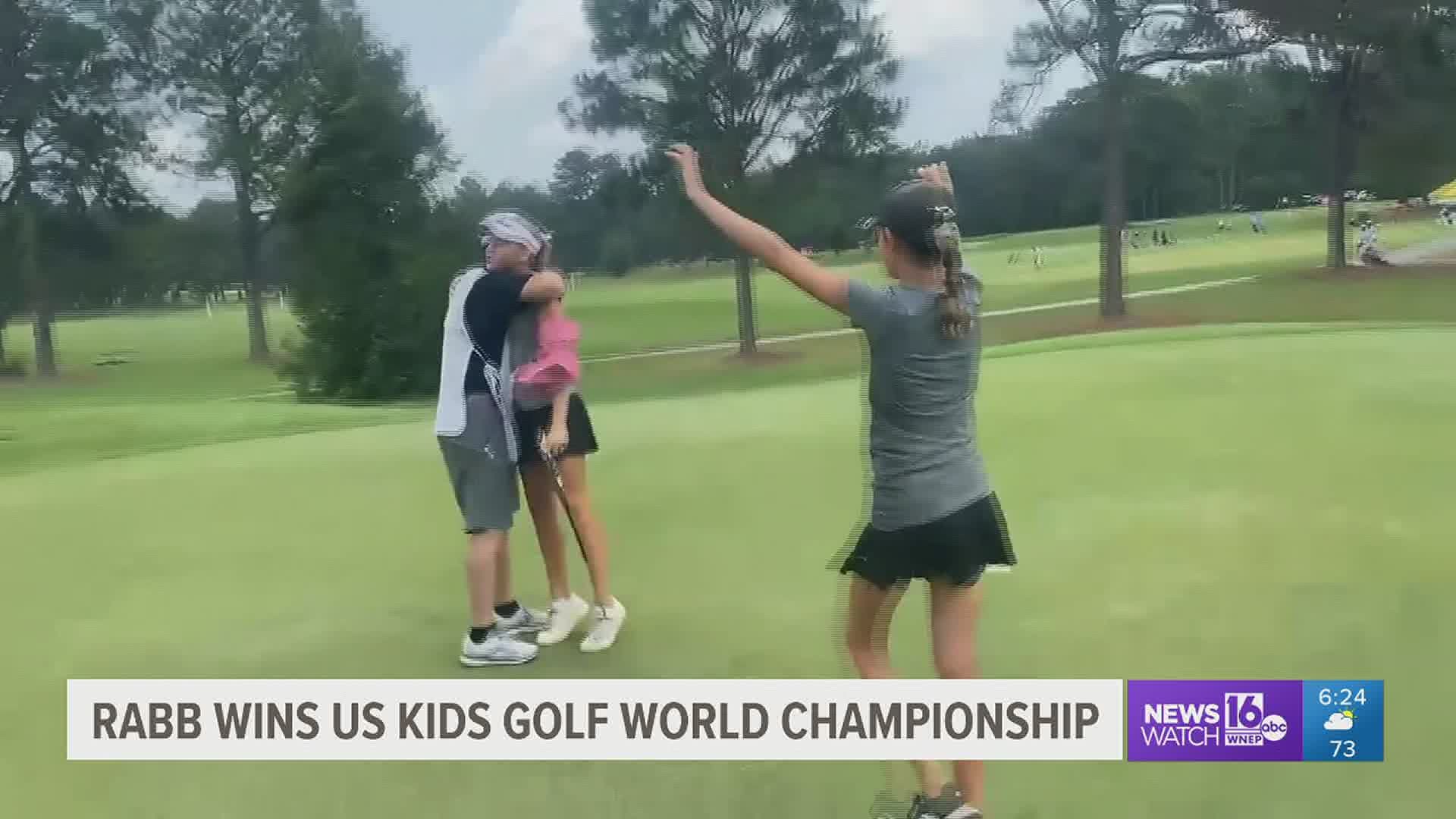 Since then, the Watsontown-native has continued to impress – on an even larger stage. This past weekend, she won the U.S. Kids Golf World Teen Championship for her age group, shooting even par at Pinehurst Number 6 in North Carolina. She won by 6 strokes in a field of over 60 girls from all over the world.

Credit: WNEP
Hannah Rabb poses in front of the leaderboard after winning the US Kids Golf World Championship.

"It means a lot because it was always my dream when I was younger and to have it come true is insane to me," Rabb said.

"I'm super proud," Hannah's father, Matthew Rabb said. "She's put a lot of time and effort into this and she's just been loving every minute of it."

"My dad was crying," Hannah continued. "So, it was a great, emotional experience and all my friends came up and poured water on me. So, it was really fun."

Credit: WNEP
Hannah Rabb poses in front of a sign at the US Kids Golf World Championship.

The victory also earned the 14-year-old a spot in the Van Horn Cup – where she got to play against the top girls and boys from each age group on the famous Pinehurst Number 2.

"It was great to be around such good players because I was just filled with amazing competition," the younger Rabb said. "So, it was really cool to see everyone who had worked really hard to get there."

So Rabb has a new trophy for the case after winning the tournament, plus a new golf bag after qualifying for the Van Horn Cup. They serve as a reminder of her past accomplishments, but also motivation as she moves forward.

"I think it really gives me the confidence because I know I can do something like win a huge tournament," she said.

"This world championship has been a goal of hers and she accomplished it and that's what we're going to strive for – just to keep setting goals and try to accomplish them," Matthew added.

"I'm just trying to do my best and maybe give it a shot at states again," Hannah said.

After proving she's one of the best 14-year-olds in the world, I'd say she's got a shot, as she enters her sophomore year at Warrior Run.