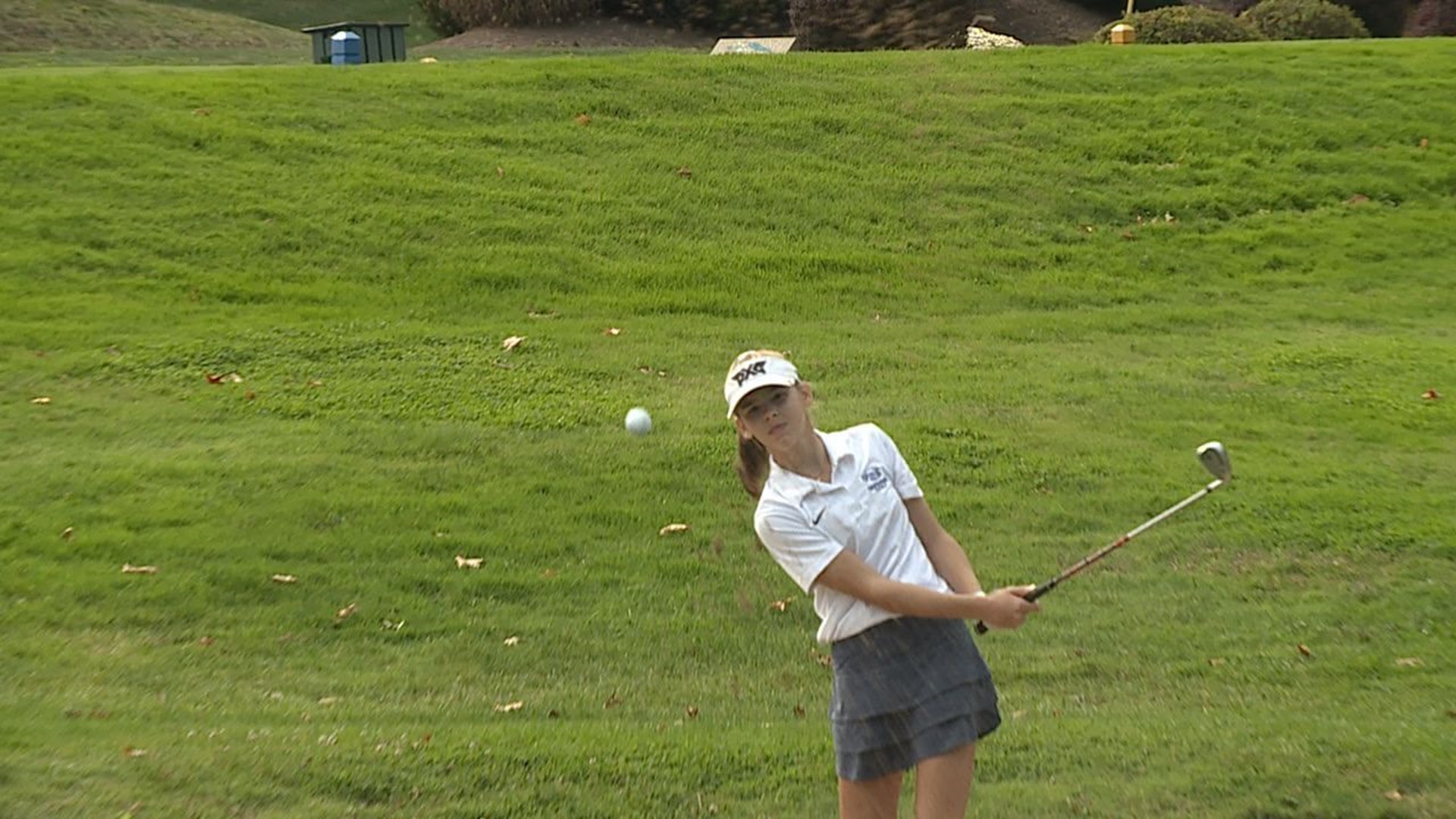 LEWISBURG, Pa. — Hannah Rabb just transferred from Meadowbrook Christian to Warrior Run, but the Watsontown-native is already in the Defender record books, as the 2020 District IV, Class 2A golf champion.

"I was not expecting it," Rabb said. "I didn’t know what to expect at first because it was my first time, but it means a lot because everyone’s been congratulating me. So, it’s been real nice."

Rabb shot a 78, winning by ten strokes, not a score you typically see from a freshman.

"She probably doesn’t realize how scared she should be or how tough this is," Peace said. "There’s probably some beauty in being young and ignorant and I say that in a positive way."

"I was told that I could do well and possibly win it," Rabb said. "So, I was just trying to play the best game I could and maybe win it.”

Rabb is a member at the Bucknell Golf Club. So this is where she’s coming to practice, and remember, there’s not regionals this year. So up next for the 13-year-old? The PIAA State Championships.

”I know there’s a lot stiffer competition than districts," Rabb said. "So, I’m a little nervous about that, but I’ve been practicing and working hard. So hopefully it pays off.”

”For me, the goal is to put zero pressure on her and to go and enjoy the experience and my expectations are for her to have a great round because she’ll be prepared and then just see where that takes her," Peace added.

”I’m feeling pretty good," Rabb explained. "I know that I’ve worked a lot over the past few weeks. So, I feel confident with my game right now.”

The PIAA Class 2A State Champions are next Monday at Heritage Hills Golf Resort in York.