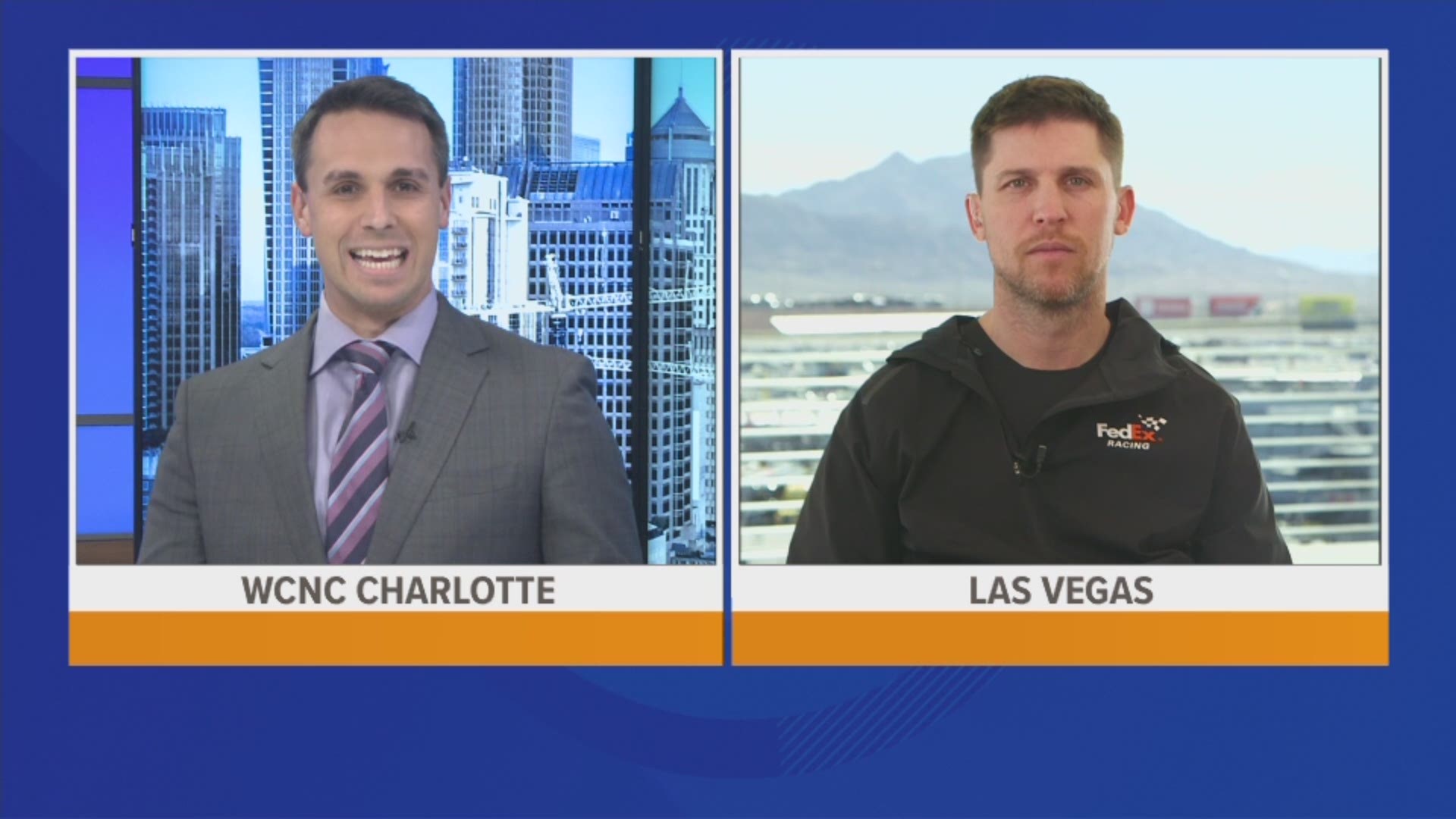 As he prepared for Sunday's Pennzoil 400, Hamlin discussed a variety of topics, including, his name hilariously being spelled "Danny" on a New York City sign this week.

Nick: How often does that happen?

Denny: "A lot. Mostly over the telephone though."

Nick: This is such a hard race to win, what does it mean to you to win the Daytona 500 a third time?

Denny: "It's special. There's no doubt about it. There's a special group that you're being a part of making history at that race track. Each win was significant and special to me."

Nick: What was your reaction seeing Ryan Newman walking out of the hospital just two days after his horrifying wreck?

Denny: "It was great to see. Fantastic to see. What everyone thought was the worst, and it turns out that he's walking out of there a few days later, it's an incredible thing. We're all blessed to have him still with us and I look forward to seeing him back out on the racetrack as soon as possible."

Nick: How did you feel coming in to this season about your chances to win your first Cup Series championship?

Denny: "Last year was a great year for us. We put ourselves in the final four, which was what our goal was at the beginning of the year. Things just didn't work out for that one race at Homestead in Miami. But we got another shot this year. We've already won one race. We've got six playoff points that's going to carry us through at least so when we get to Phoenix this year for the championship, that's a race that I won last year. We're looking forward to getting back there and hopefully repeating that title."

Nick: Have you seen your Hornets lately? They've won three in a row and Miles Bridges is even talking about a playoff push.

Denny: "Yeah they're doing a lot of great things with some young talent there. They're putting some pieces of the puzzle together. I'm proud to see what they're doing, especially with the expectations going in to the year. I'm looking forward to seeing what the future holds for them."