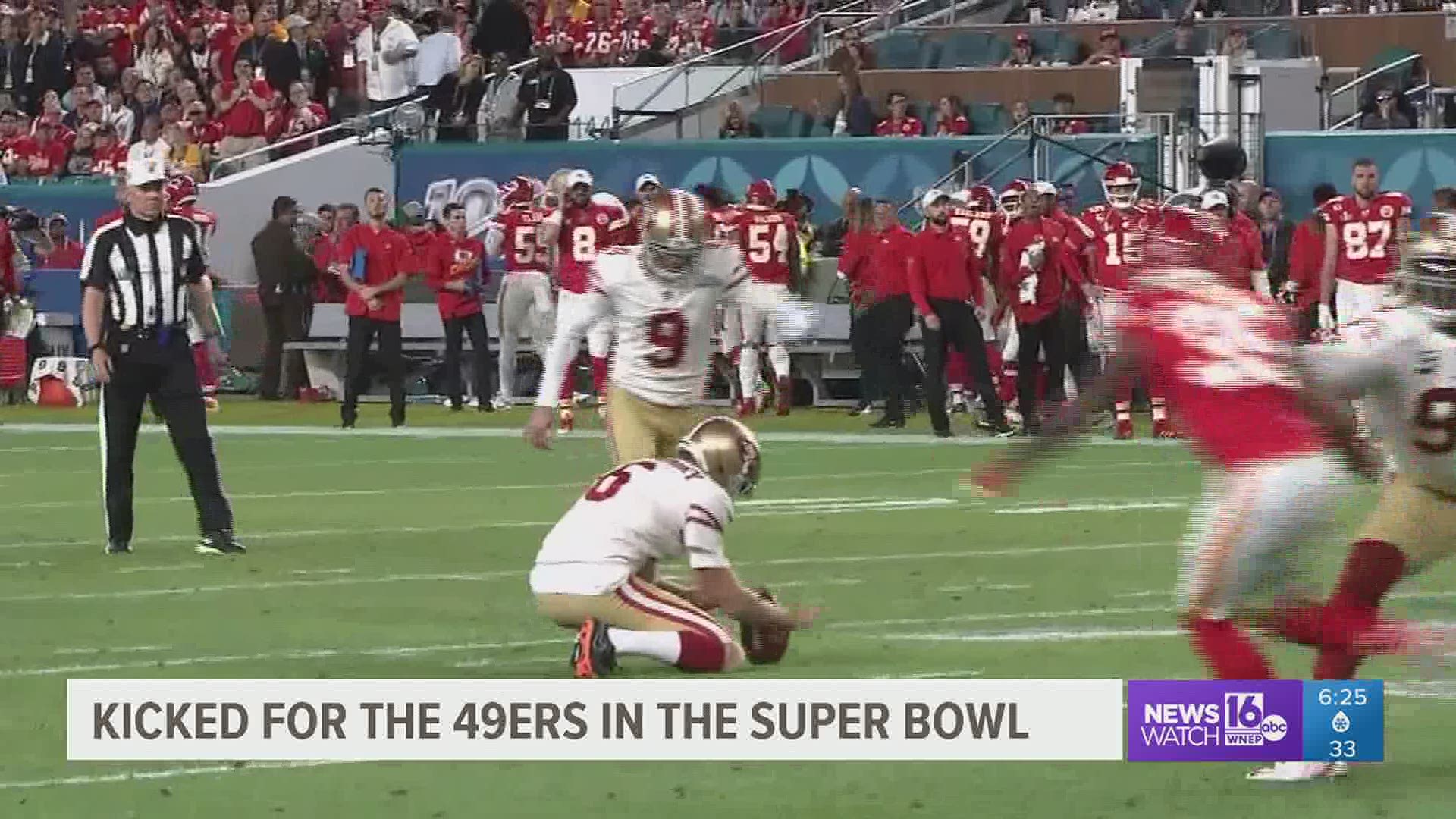 SCRANTON, Pa. — On Wednesday NFL Kicker Robbie Gould signed a $7.25 million dollar 2-year extension to stay in San Francisco with the 49ers. The 38-year-old has enjoyed a 16-year career with the Bears, Giants and now the Niners. He is 5th all-time in NFL history making 86.58 percent of his field goals and recently made #400 of his career.

I got to see Robbie play a few times in high-school he was part of the Central Mountain basketball team he was the Wildcats point guard. And then down at a Big 33 football practice in Hershey he kicked a field goal with his right foot . from 35 yards and then turned around and also made one from 35 yards with his left foot.

After walking on at Penn State Gould earned a scholarship his sophomore season finishing his career as a Nittany Lion in 2004 making 39 of his 62 field goal attempts.

"If I want to have the hopes and dreams fulfilled and the dreams that I want to do whether it be going to the NFL or even going out and just having an undefeated season and a National Championship I am going to have a big part in that," said Robbie.

The Patriots invited him to camp in 2005 as an undrafted free agent. They quickly released him. It was onto Baltimore and the Ravens. After that failed Robbie returned to Mill Hall to work construction. In October of 2005 Gould signed with the Bears in Week 3 a relationship that lasted for the next 11 seasons and a trip to Super Bowl XLI ending his career in Chicago in 2016 as the teams all-time leading scorer, also in field goals made, and field goals made outside 50 yards. He also started his philanthropy work in and around the Chicago area.

.The last four years he has kicked for the 49ers and prior to the start of the 202o season started the RG9kicks for kids charity to help children fight pediatric cancer. The money raised going to Cal's Angels.

"i am personally going to donate $500 dollars for every made field goal throughout the season," added Robbie.

Gould made several field goals in Super Bowl LIV and will be 40 years old when he finishes his contract with San Francisco in 2022.

On the same day that Robbie got his two-year extension he tested positive for the COVID-19 virus. He will miss the last regular season game this weekend for the 49ers.