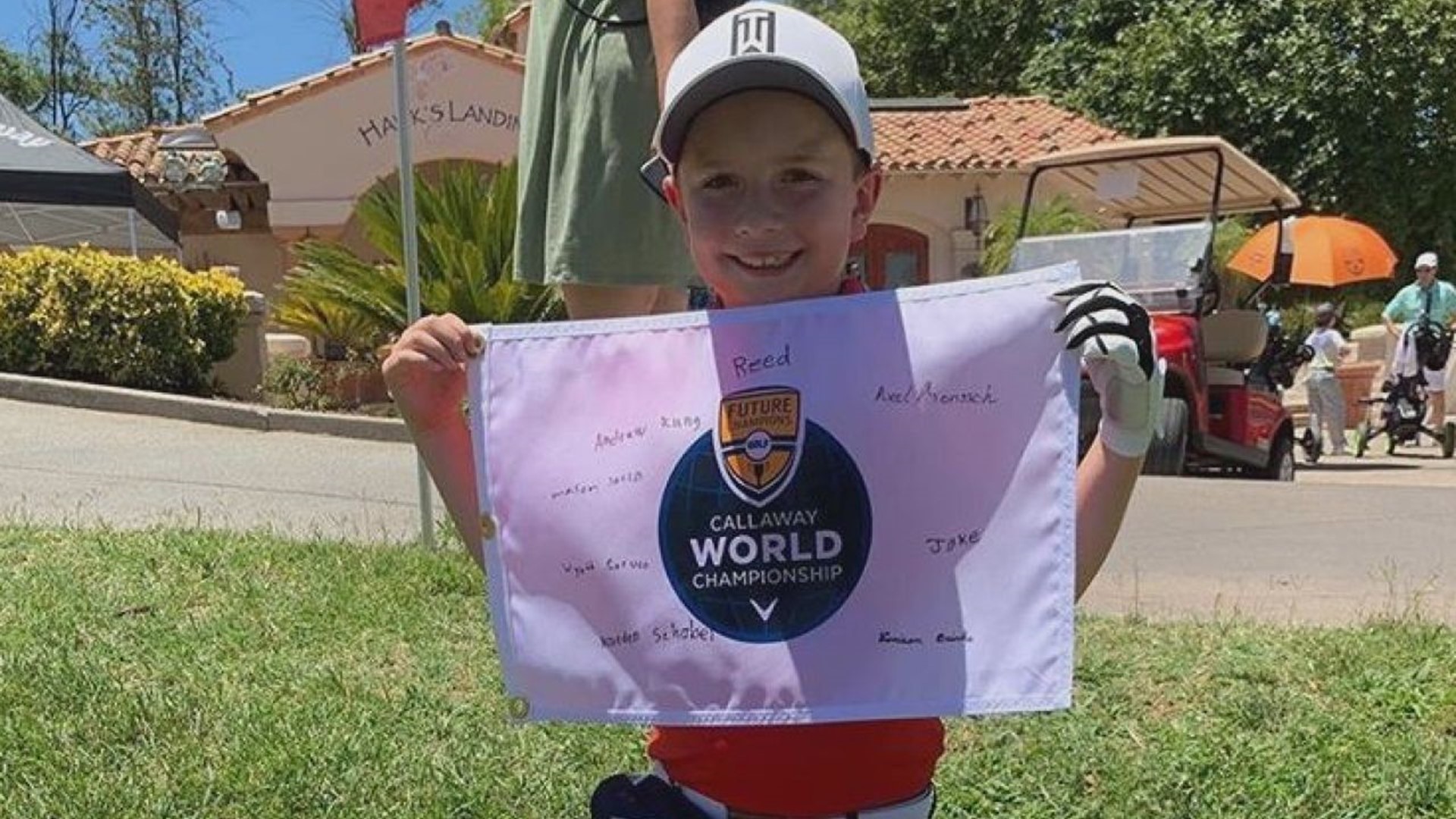 "I think my putting and my driving is the best – the fact that I'm long off the tee and hit the ball accurate and I'm a good putter and good green reader," McGinn said.

"He really hit the nail on the head there," Logan's father, Paul McGinn, added. "That is what separates him. I am impressed every single time I get on a green with him because he sees things that I don't see and more often than not he's right and I'm wrong."

Hard to admit for his dad and caddie. Logan has been playing since he was two. His nine hole average is around par and just a couple of weeks ago, he didn't just play in the Callaway Junior World Championships in California. He won it.

"It was my first world championship I ever won," Logan said. "So, I felt really good. I just love competing against some of the good kids and the more I compete against the good kids, the better it makes me."

The pandemic was cause for concern, but golf is naturally socially distant, and so is the open road. Hence the hashtag: #mcginnsmaketheirwayacrossamerica.

"It was a cool experience," Logan said. "We stopped at the Grand Canyon."

"It was a little long and little boring, but still pretty cool," the younger McGinn concluded.

That road trip has now brought them to Pinehurst, North Carolina, where Logan is one of 100 kids worldwide competing in the 2020 U.S. Kids Golf World Championships, something the South Williamsport-natives called the Little League World Series of junior golf.

"You know what it's like in South Williamsport when little league comes to town and the Grand Slam Parade, that's exactly what US Kids Golf World Championship is to Pinehurst," Paul said.

"Not every junior golfer gets to play in the event," Logan said. "So, I'm very lucky to play against really good competition."