Lugiano shot a (-1) 71 at Huntsville Golf Club in June in a qualifying event there. Tied for 5th place 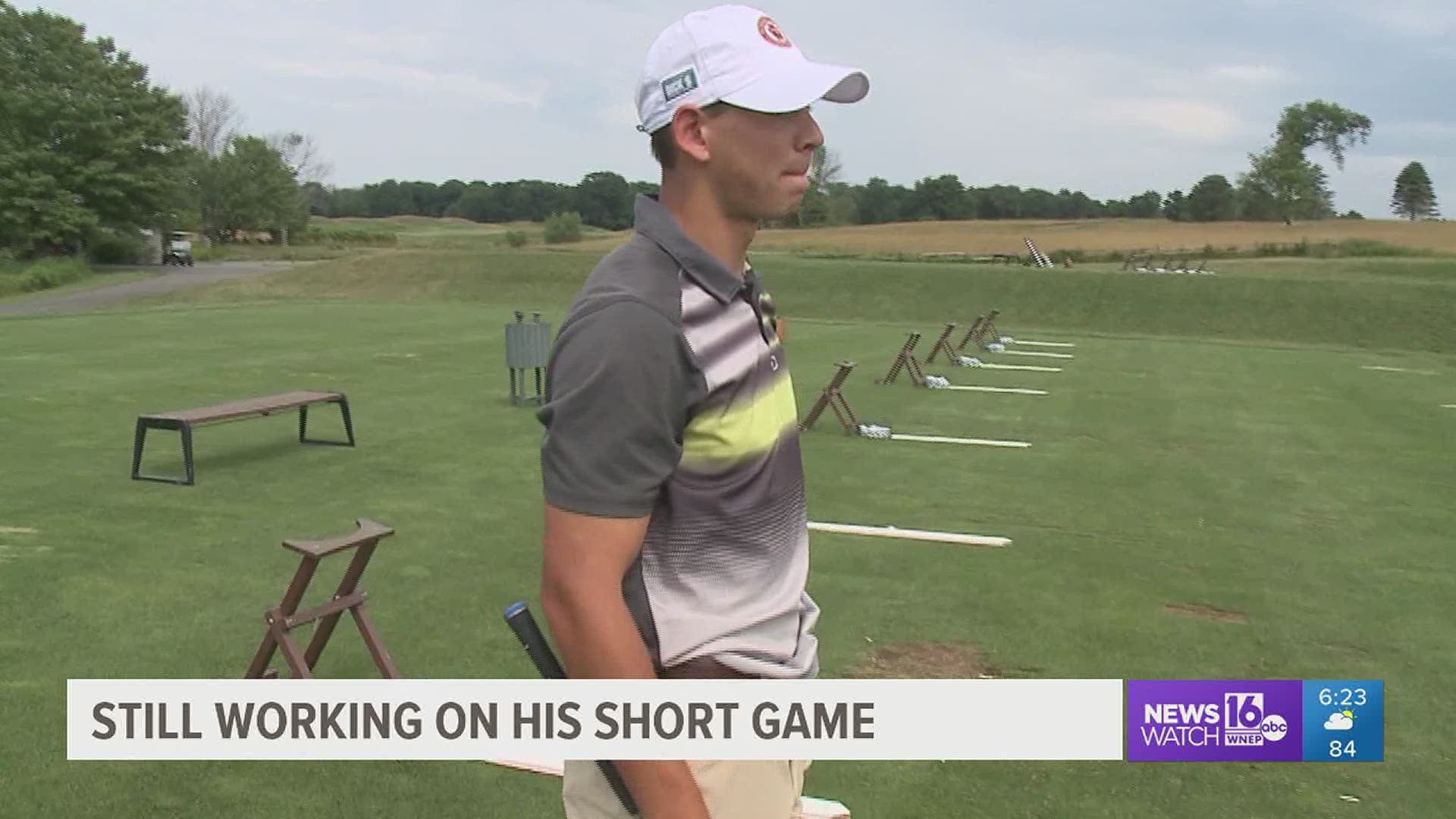 DALLAS, Pa. — Bobby Lugiano grew up playing basketball and baseball at Lake Lehman. It wasn't until he was 13 years old that he picked up a golf club. After a 6th place finish in AA at the PIAA State Golf Championships last fall Bobby continues to post low numbers. A (-1) 71 at the Huntsville Golf Club in the PA Amateur qualifier in June tied him for 5th advancing him to the Pennsylvania Golf Association amateur championships at Lookaway Golf Club in Buckingham July 27th, 28th and 29th.

"It is very tough to make it into it. There are a lot of great players," said Bobby.

Back in 1949 Art Wall Jr. playing out of the Country Club of Scranton won the PA Amateur Championship. He would go onto win the Masters in 1959. So there is a rich history of golfers in this 54 hold tournament.

RELATED: Golfers thankful to play & enjoy some type of normalcy

"Knowing from the past because I know some people that have played in the state amateur before and they have said how hard they make the course, but I think if I just strike it well and putt well I think that I will do fine," again said Bobby.

In the fall Bobby heads to Millersville to continue his golfing career. He fell in love with the campus, the coaching staff and the team, so that is where he will be spending the next four years of his life.

"I am excited because when I went down there it was just a great mix and blend. I have been in touch with a bunch of them and I have played with some of them already, so I know if I play well I think that I will be able to start and hopefully contribute and hopefully be able to make nationals next year," added Bobby.

RELATED: Connor McGovern is healthy and ready for his NFL debut in 2020 for the Dallas Cowboys

Tee to green Lugiano has length and accuracy and can play with the best, but this 18-year-old says he is still mastering the putting. If he puts that together he could be in the hunt for an amateur championship.