125 girls took part in the tournament in Lancaster in March 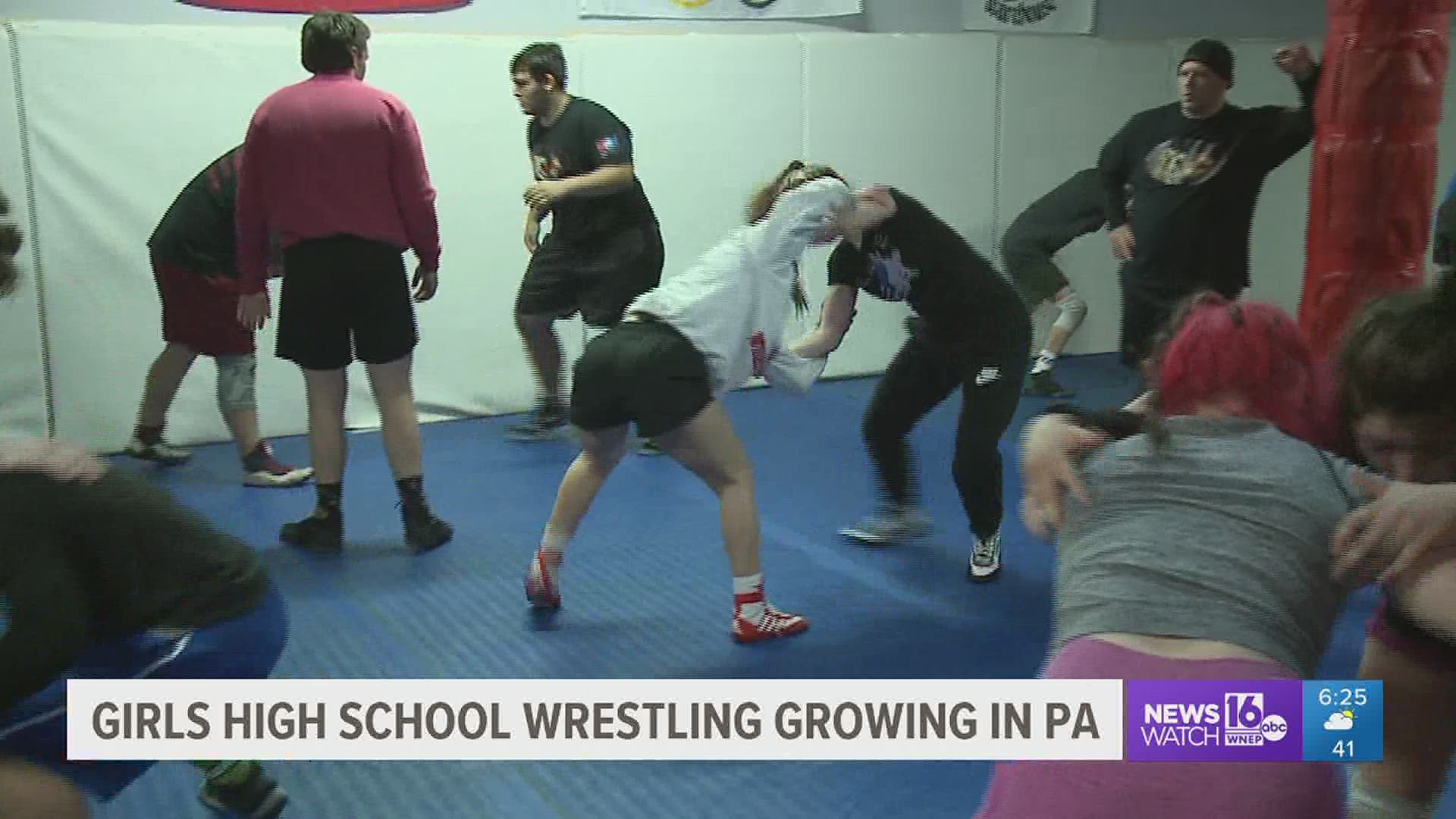 The state tournament was held at Spooky Nook Athletic Complex in Lancaster with 125 female wrestlers competing for those 10 individual state titles.

"This year was the first year that my school actually brought a team of girls. It wasn't just me and one other girl or just me. So it was actually really cool," said Lily.

my high school career has been a wild ride. through the thick and thin i’ve learned to stay true to myself and keep grinding. part of me is sad that this is the end of an era, but this is only the beginning of my journey! pic.twitter.com/P7M0ilQky6

"Pretty exciting that we finally have our own girls states, because the guys have had theirs's for obviously so long. So I think that it great that we have our own opportunity," said Angelina.

"It was so much fun going down to Spooky Nook and being able to wrestle. I had a great time with all my friends. And it was just a great experience with all the other girls especially to come in 3rd place. That was a goal of mine. So it was really fun," said Mattison.

Right now in the state of Pennsylvania there are 9 schools that currently have girls high-school wrestling. Many are saying within a few years they will get to 100 which is the number they need to become a PIAA sanctioned sport.

"We are trying to draw from a pool of just men. It limits us to half the population. And the key  to saving our sport is getting these women involved and doubling our numbers in general," said Kristopher.

Josselinne Campos is another youth coach. She wrestled at East Stroudsburg University and in the Olympics for Guatemala. She sees a bright future ahead for these wrestlers.

"Honestly in Pennsylvania I would think the next two years or three years. It is growing so fast and I just see girls trying it out all the time. They are interested now because they see other girls doing it," said Josselinne.

RELATED: Nate Schon, Selinsgrove heavyweight won his 2nd State Title in wrestling with an overtime takedown. Schon's next move will be to Iowa State.

"What is your favorite move? I like the arm bar. My brothers would wrestle and I wanted to and it seemed really fun. So I was allowed to do it," said Juliette.