Freelancers for Hire: The Future of Live Sports Broadcasts 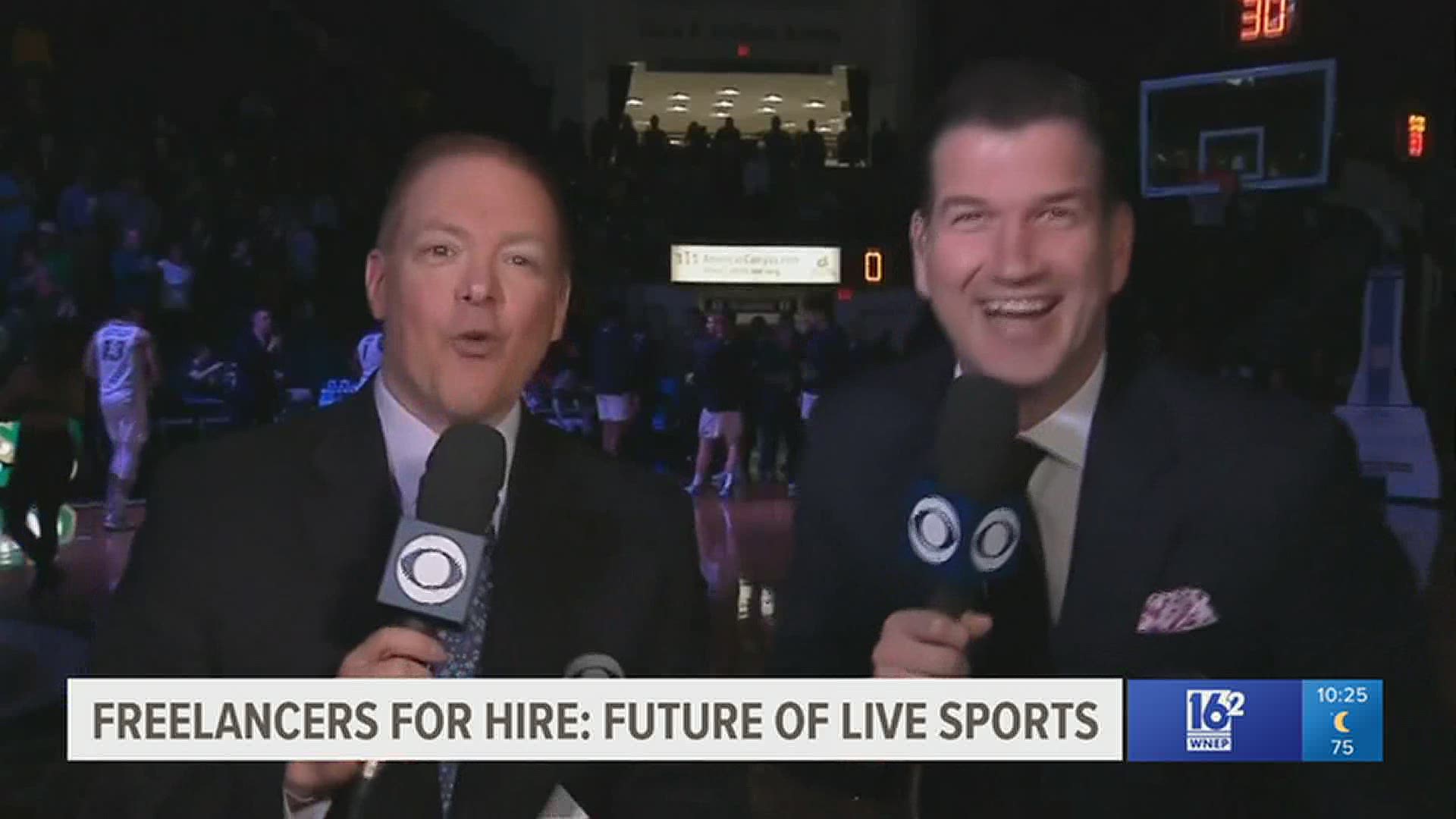 KNAPP: "Just the excitement of being there and being and being able to document some great moments that we love sports and just having that chance to put your finger print on it. For me to kind of put some captions to the pictures of some great events that you're fortunate to be there for."

COLES: "So over the last four months, what events did you miss?"

Rhiel: "The Final Four, the Masters, the Kentucky Derby, The Preakness and the Big Ten Tournament is the first thing I missed, but I'm with Jason. I don't miss the travel. I don't miss all that stuff, but I do miss the camaraderie and knowing you're working at the highest level."

KNAPP: "Everything's really normal. It doesn't change. You just have to understand that if you're not in the building you still need good audio, good pictures, good sound to be able to kind of feel that connection, but there's nothing like being there. I'm curious slash nervous to see how everything works out. Again, people are trying to do their best knowing that there are still so may unknowns."

Rhiel "Arena sports will probably not have much - it probably won't feel that much different, I don't think, but in a football stadium, even the NFL is pumping in crowd noise.  It's going to be weird making that last second shot and having the stadium not react to it."

RELATED: Director of Communications and Broadcaster Adam Marco talks about the absence of an opening day for the RailRiders in 2020

COLES: "So obviously, you're anxious to get back out there, but what's the difference between going full steam and pumping the breaks for safety?"

KNAPP: "A lot of people, for the things that I'm looking to have come up, I think have done their due diligence of really trying to work though potential problems, but again, things are going to pop up. People are going to test positive in every sport. I don't think there's any way around that and the powers that be that are in those decision processes are going to have to figure out what they're able to stomach with those numbers to be able to progress and that'll be kind of a curious thing to see."

Rhiel: "I agree. I think it's kind of a personal thing. If you need to take care of yourself because you a lot of people that are depending upon you for you to be healthy."

KNAPP: "I took a COVID test today to get cleared to be able to go work next week."