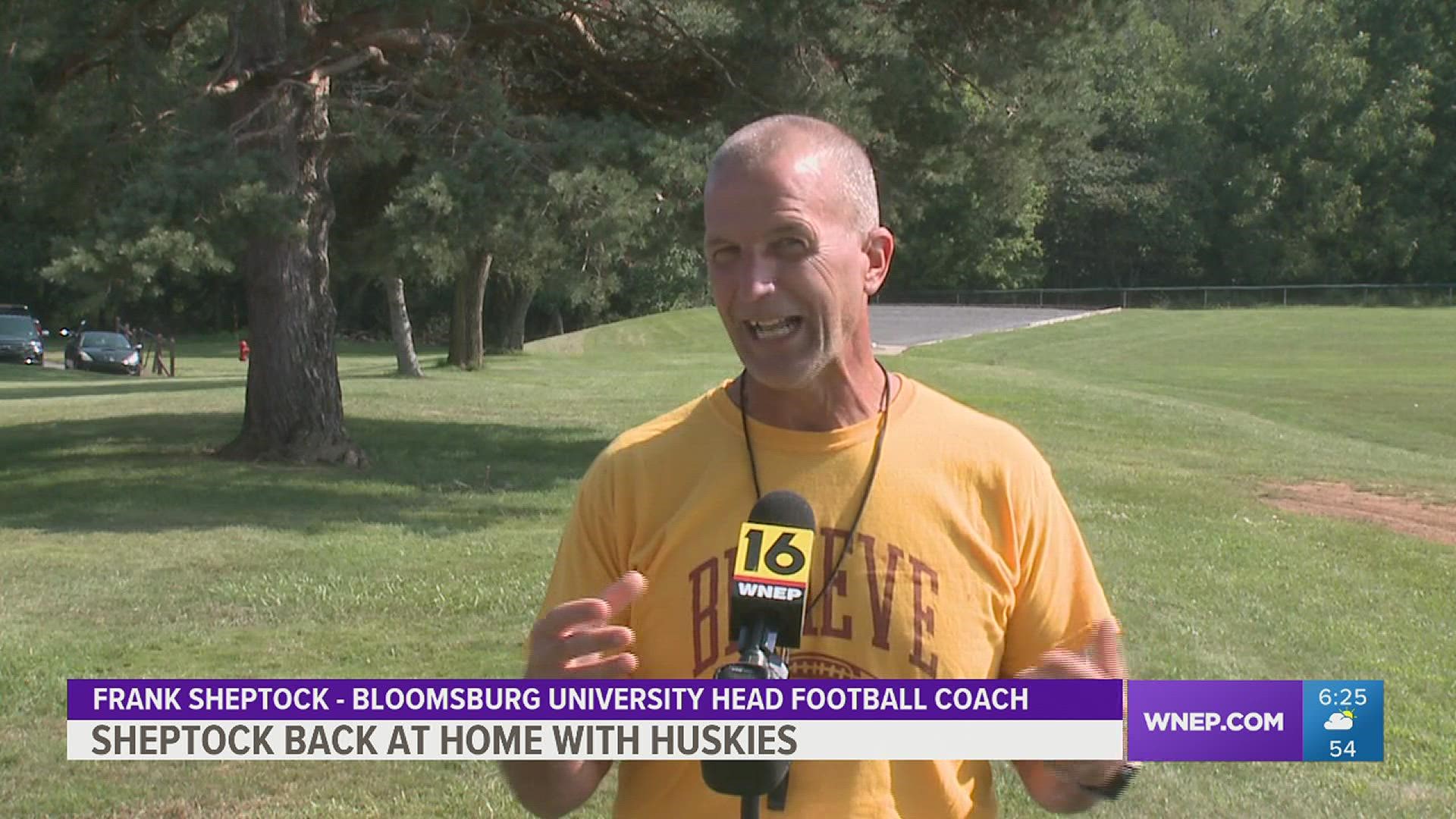 BLOOMSBURG, Pa. — An All-American linebacker at Bloomsburg University in the 1980's Frank Sheptock was hired as the next Huskies football head coach in 2019. His chance to coach came and went with the cancellation of football across all of Division II in 2020. Now the wait is over and the journey begins in Massachusetts September 4th vs. Stonehill.

"There is great tradition here at Bloomsburg and we take a great deal of pride representing that standard. Being the best team it's the brotherhood and the togetherness," said Frank.

If the quarterback looks familiar we'll it is with the return of Logan Leiby out of Selinsgrove. Logan played for the Huskies in all 11 games in 2019. So will it be rust or resiliency?

"Coach Sheptock has been an absolute blessing for the football program. He hired Coach Johnson and Coach Derrell Johnson-Koulianos. Those are two of the guys that are going to have the biggest impact on me with Coach Johnson bringing in some new life to the offense and a little bit of a different style of Bloomsburg football coming," said Logan.

"Really proud of how he has approached camp. From a leadership standpoint obviously he has been very productive and one thing about him he is all about success. He has done really well in all areas of his life. He is a very competitive young man obviously they feel very strongly about him leading our football team," again said Frank.

Four of the first five games are on the road for the Huskies so the month of September for this team is very important.

"We had a tremendous camp with a tremendous amount of comradery, energy, competitiveness. I think that we are well prepared to have that challenge of the first four of five on the road . We have to be able to go on the road and represent our program in a real proud way," again said Frank.