River Hawks React to the Suspended Football Season This Fall 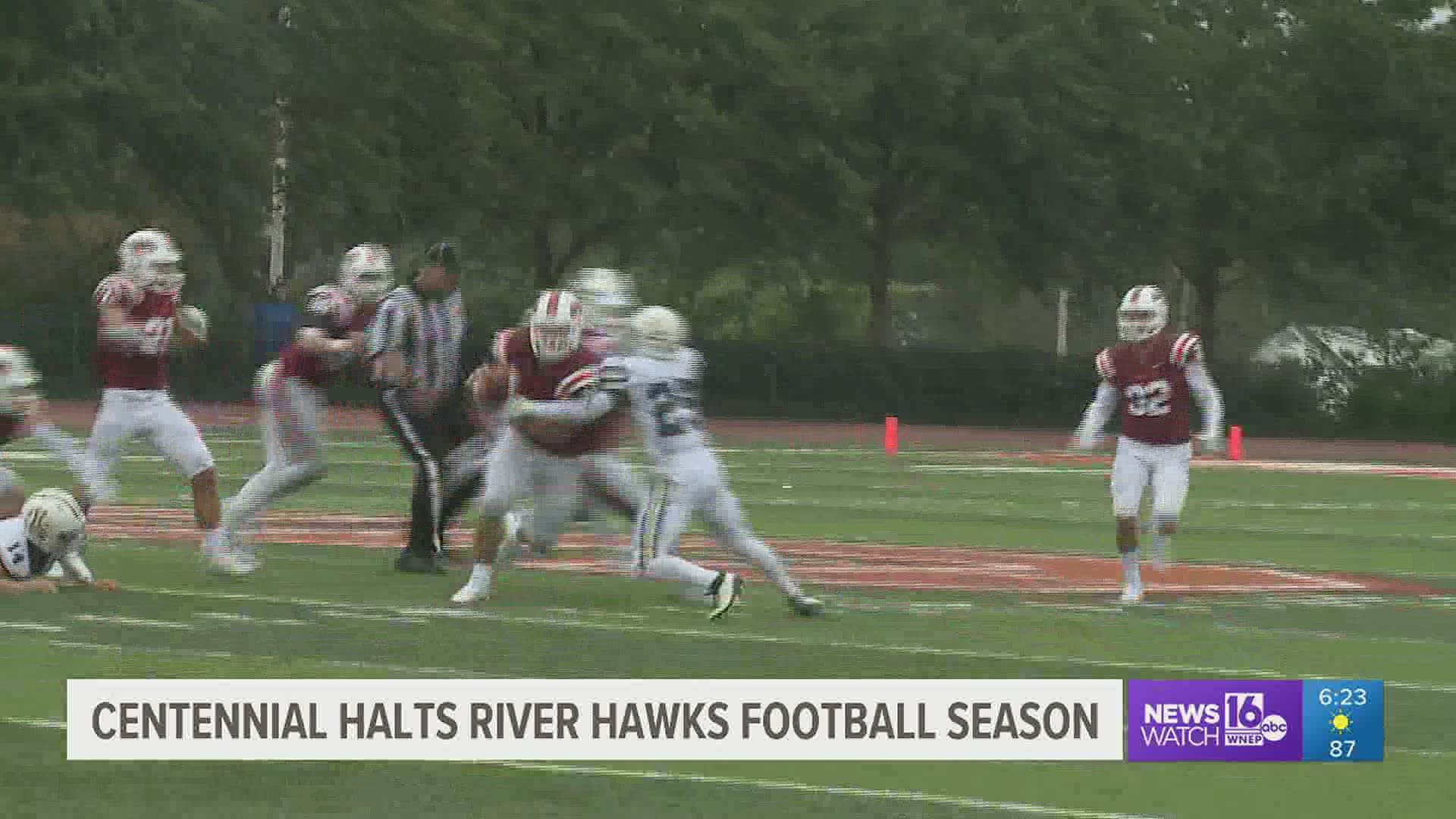 SELINSGROVE, Pa. — Nick Sottile is a vocal leader for the Susquehanna University football team. The Taylor-native was voted a team captain for his senior season, a season that won't happen this fall.

"There were a lot of mixed emotions going on," Sottile said. "I guess at this point, it's better safe than sorry. Pretty just down in the dumps at that point because we were the first conference in the area to do that."

The Centennial Conference suspended all sports for the fall semester. While the university's other 22 sports play in the Landmark Conference, the football team plays in the Centennial. Head Coach Tom Perkovich told his River Hawks the tough news over Zoom.

"It was definitely tough," Perkovich said. "Didn't love to do it that way but we've got a lot of mature men. They love our program. They love our school. There are some guys that are upset, as you would imagine."

Amos Stagg Field at Doug Arthur Stadium will look empty all fall. There will be no football games, but the River Hawks say this might just be the tip of the iceberg.

"I think a lot of teams, a lot of conferences will come out and say they're not going to play," Perkovich said. "A lot of smart people at a lot of smart schools are saying it's not good."

RELATED: Freelancers for Hire: The Future of Live Sports Broadcasts

"Someone had to be first," Sottile, a Riverside High School graduate, explained. "I think I'd rather be first to know that we're not playing so my hopes don't get up all summer. Finding out earlier was better for us. Soon enough, there will be conferences following suit."

Like the Ivy and Patriot Leagues, but nothing is set in stone. The conference is discussing potentially playing the season in the spring and if they can't play until next fall, seniors like Sottile may be eligible.

"We weren't told that we'll never to be able to play football again and I know that's kind of what it seems like in the moment," Sottile said. "It's your senior season is canceled, but I think, that being said, there leaves a lot of options. I'm staying hopeful. I really would like to play my senior year. I don't really want to go out like that."