Matt McGloin reflects on his time in XFL, as league folds

McGloin on his time as the New York Guardians Quarterback: "It was great while it lasted." 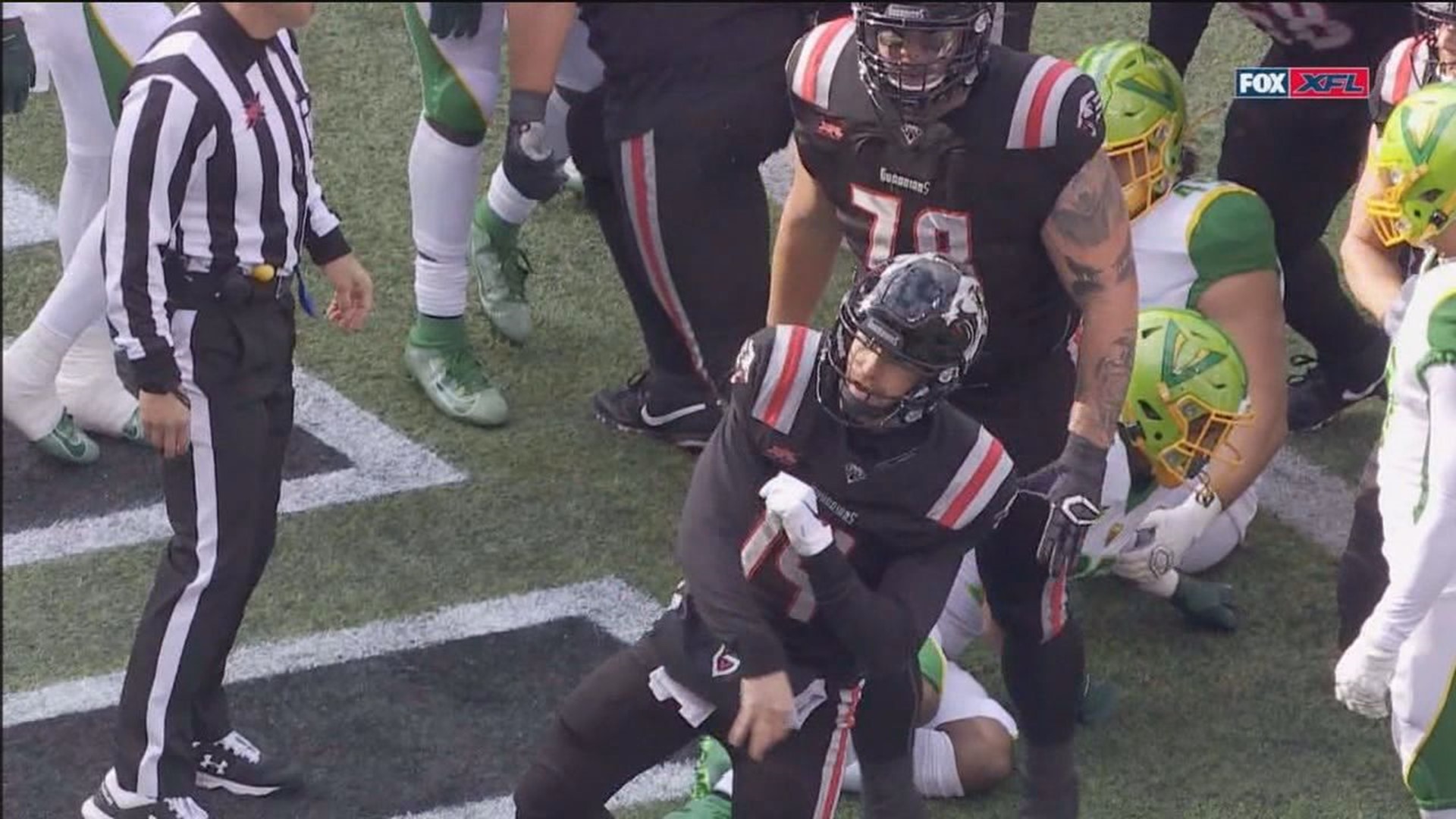 CLARKS SUMMIT, Pa. — Just a month after the XFL canceled the second half of its inaugural season, the league is now suspending operations. News at the McGloin household, in Clarks Summit.

"I found out the way everybody else did – on social media," now-former Guardians Quarterback Matt McGloin said. "I'd say a few minutes later, once the news broke, I got an email saying that all contracts were terminated. So, I'll lose a few paychecks, but what really doesn't hit you is that also all the employees, I mean everybody. We had a lot of great people inside our organization. So, I definitely would like to reach out to some of those people and just thank them."

Relationships – and now, memories. So how will the Scranton-native look back at the XFL chapter of his career?

"It was great while it lasted," the Scranton-native said. "I really enjoyed the opportunity they gave me to go out and be a professional player again and to be 'the guy' again, if only for a short time. To run out again as a starting quarterback again in front of family and friends just two hours from Scranton and to have a chance to win and score the first touchdown in the organization's history in front of my son, it was an incredible feeling, and I guess that really positive memory is one that'll stick with me."

RELATED: Trump says he believes NFL season will start on time in meeting with sports commissioners

So after the NFL and XFL, what's the next chapter in McGloin's career?

"My wife asked me that question today," McGloin joked. "I didn't have an answer. So, I don't know. Maybe I'll apply for your (Landon's) job, and we'll see."

Joking aside – I hope – he did major in Broadcast Journalism.

"I'm very fortunate and blessed to have received a degree from Penn State University - something I always planned on putting to use once my playing days were over because no one can play forever," McGloin explained. "I think I have a lot to offer a lot to give when it comes to the game of football."

Until then, like most of us, he's stuck at home in NEPA.

"Definitely enjoying spending time with my family, and that's about all you can do," he said. "Really just doing our best to stay safe."