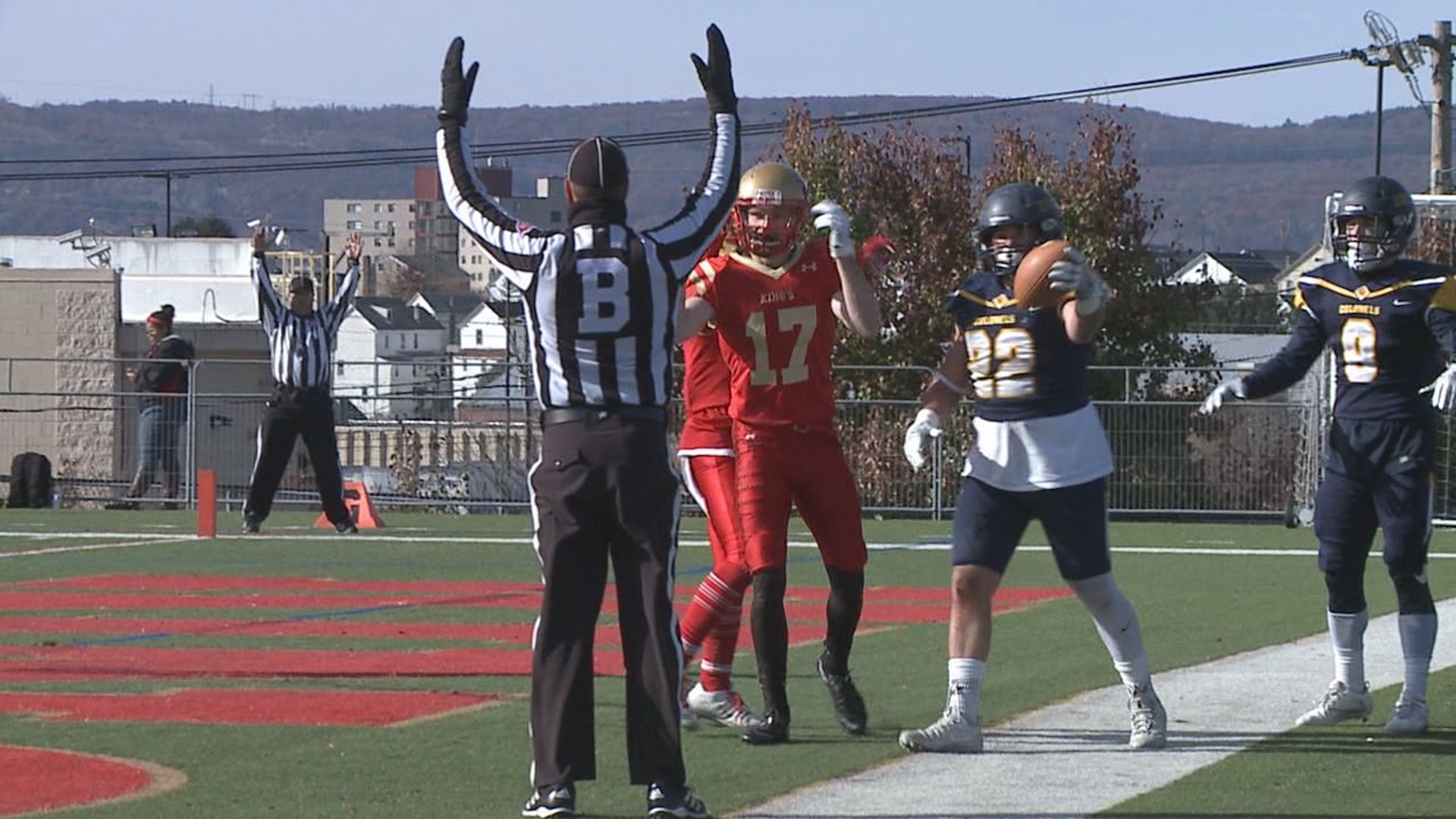 "You see the PSAC cancel and the Centennial cancel and more and more information come in," Drach said. "Honestly, I think that's the biggest piece of it and at one point, that information and the data said we need to take a step back."

The MAC took that step back by suspending athletics for the upcoming fall semester. That means there will be no Mayor's Cup in 2020.

"Hard to wrap your head around that," King's Football Coach Jeff Knarr said. "It's a rivalry. To me, it's one of the best rivalries in all of DIII. Two schools separated by three blocks with a lot of family that have attended both schools and kids that are friends from high schools playing against each other. So it's a special rivalry. Not to have it is disappointing, but we're looking forward to renewing that and picking back up in 2021."

"For the school, it was great to be able to get that back this year," Drach added reminiscing on his Colonels' win in 2019. "We get to hold it for one more year now no matter what. At the same time, it's such a great experience for our entire community to come together and that makes that rivalry so special."

The 25th Mayor's Cup game would have been at Schmidt Stadium this November, but even though the game won't be played, the Colonels and Monarchs know it's all about perspective.

"I don't necessarily say we're putting it on hold," Drach explained. "I just think we get to work on it a little bit more. Whether we're playing games or we're not playing games, I don't think that changes their mentality. We may not be impacting a whole lot on the football field in the fall, but we can certainly impact our communities. We can continue our community service. We can continue our stand against social injustice and all of those things are really important, I think, aspects that we can focus on now that maybe we have something taken off our plate with fall football."

"We're just turning a setback into a positive with our kids," Knarr added. "The burning desire to play college football? It's important, but it's not the end all, be all. We'll do the football as it fits into the spring of 2021 and hopefully we're ready to go in the fall of '21 with a new normal that's kind of like the old normal."